The hospitals were originally owned by Los Altos, Calif.-based Daughters of Charity Health System. The financially troubled system began seeking a buyer for the hospitals in 2014, and Integrity Healthcare, a company created by BlueMountain Capital Management, took over the facilities in 2015 and renamed them Verity Health System. Billionaire Patrick Soon-Shiong, MD, bought Integrity in July 2017, according to the Los Angeles Times.

“When Verity bought these hospitals from Daughters of Charity four years ago, they made promises to these communities that they would not lose access to the care they needed,” he said in a press release. “Now it looks like Verity’s billionaire owner wants to go back on those commitments.”

In the bankruptcy filing, Verity seeks court permission to sell the hospitals from any liens and encumbrances. SEIU-UHW contends this shows Verity’s “intent to nullify their obligations both to their union collective bargaining agreements and the conditions of sale imposed by former Attorney General Kamala Harris when Verity purchased the hospitals.”

By challenging the bankruptcy filing, SEIU-UHW intends to ensure the hospitals are kept open and continue to meet pension obligations and maintain current services and levels of employment. 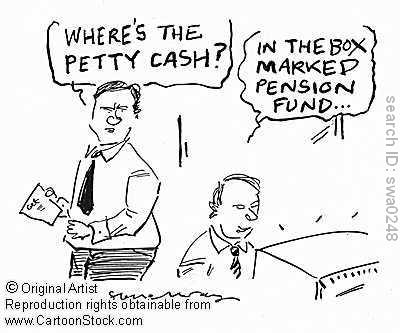 Healthcare organizations are feeling the effects of the national shortfall of $645 billion in pension liabilities and are pursuing the ‘least bad option’ for handling the problem.

The nationwide pension crisis has organizations scrambling to properly fund employee’ retirement packages and represents a self-inflicted dilemma that will have a dramatic impact on the healthcare industry without a clear solution.

Given that healthcare organizations typically operate in low-interest environments on thin margins, hospitals are slated to struggle as much as any organization under new federal accounting rules.

This year is a turning point for pension plans, as reduced corporate deduction rates from the tax reform bill passed late last year come into effect, as well as new rules set by the Governmental Accounting Standards Board, which establish reporting requirements for governments regarding healthcare liabilities.

As aging baby boomers get closer to receiving pension benefits, healthcare liabilities are projected to rise, culminating in an estimated shortfall of $645 billion, according to Pew Charitable Trusts.

“A lot of people realize that the retirement situation in our country is not great,” Nisenzon said. “The main vehicle for retirement are defined contribution plans, 401(k) plans, and there’s some easy math to show that people are not going to have enough income at retirement based on the average 401(k) balance and people living longer.”

What can be done?

As hospital CFOs consider redesigning pension packages for the future, healthcare organizations are relatively hamstrung. The new GAAP rules have discontinued the practice of delaying how healthcare liabilities are recorded, instead requiring them to be listed on an organization’s balance sheet.

Brian Argo, chief financial officer at Conway Medical Center(CMC) in Conway, South Carolina, told HealthLeaders Media that health systems with active pension plans are “by far in the minority,” adding that they are “all but extinct” in the southeast. This realization among hospital CFOs has forced them to look for solutions, even if they are imperfect approaches.

“I think if you look at the auto industry and look at all industries, it’s what is the least bad option,” Argo said. “[Active pension plans] are unsustainable, and the least bad option, in many cases, is freezing the plan and making sure that when you do that you have a funding scenario in place where you can get it funded to 100% so you can meet that liability.”

One idea floated within the industry as a potential solution is encouraging older employees to retire while recruiting a younger workforce and enrolling them in a defined contribution plan. However, Argo said hospital executives can’t fully mitigate liabilities by shifting to a younger workforce because of the sizable, immediate cash costs for retiring employees.

Another reason health systems have struggled to adequately address the crisis is the tax reform law passed late last year, which reduced the corporate deduction rate from 39% to 21%. Usually hospitals properly fund pension plans in a strong economy, according to Nisenzon, but since the Great Recession pensions have been critically underfunded.

Now, funding is still difficult because hospital CFOs have other priorities to address with limited funds, according to Argo, such as complying with new regulations promoting value-based care, investments in facility infrastructure, and equipment upgrades.

Why do pensions matter?

Pension plans are critical to talent recruitment for hospitals since physicians need assurance that when they switch systems their benefits will follow them, according to Nisenzon. Another incentive for hospitals to maintain pension plans is to retain their best talent after a merger with another organization.

Defined benefit plans, where organizations calculate employee compensation for retirement based on salary and years of employment, also allow organizations to increase their tax deductions, which has made the plan popular with smaller physician groups, according to Nisenzon.

Competitive compensation packages have a place in hospital recruitment efforts, though clinical personnel are “not favorable” for employers, according to Nisenzon, since they consist of older, highly paid doctors who must be salaried appropriately.

This has created another unintended problem for health systems that employ workers who have paid into defined benefits plans for decades.

Argo said that for employees who have worked at the same system for 30 years, they can essentially “double dip” on their salary and defined benefits pensions, creating a fiscal challenge for the hospital.

In conversations with fellow hospital CFOs, Argo said most other health systems have continued to focus on material changes to pension plans, addressing growing liabilities by freezing plans, and moving toward defined contribution plans.

Argo said CMC has begun offering defined contribution plans to new hires, such as 401(k) and 403(b) plans. These allocate 5% of an employee’s annual salary into a money market account, which the hospital is not liable for since it is a private, individual account.

Nisenzon said hospital leadership has increasingly embraced defined contribution plans because they minimize market-based investment risks for the organization and provide participants with transparency regarding the balance of their benefits.

While most systems have frozen defined benefits plans to stem fiscal losses and mitigate further risk, Nisenzon said this move has likely agitated hospital employees who work in highly unionized environments and are opposed to a reduced level of expected income after retirement. 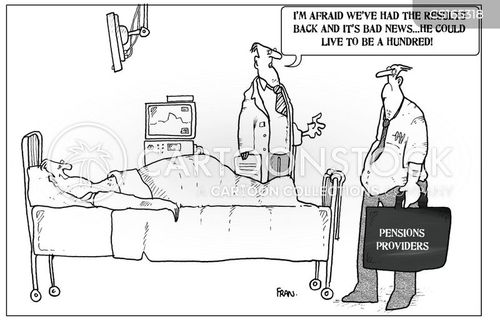 The nation’s not-for-profit healthcare sector has benefited from a boost in the funded status of its pension plans in fiscal 2017 due primarily to robust investment market returns, according to a report this week from S&P Global Ratings.

In the near term, S&P said a higher funded status should mean lower statutory minimum contributions to defined benefit pension plans, which could help overall financial profiles as operating performance in the healthcare sector has come under stress.

“However, the projected benefit obligation for many plans has continued to increase and many have had to contend with updated mortality tables, which more accurately recognize longer lives — which leads to increased pension liabilities,” said S&P credit analyst Anne Cosgrove.

S&P has tracked the funding levels of defined-benefit plans of not-for-profit hospitals and health systems since 2007, when, on average, they were at their highest level (at 90%).

Funded statuses declined sharply in 2008 and 2009, by 20 percentage points during the Great Recession and the cratering of global investment markets. After the recession, funded ratios were essentially flat at near 70% through 2012, despite hospitals’ healthy contributions to plans, S&P said.

The U.S. Supreme Court on Monday held that church-affiliated hospitals do not have to comply with the federal Employee Retirement Income Security Act, which governs employee pensions.

Here are five things to know about the case and the high court’s ruling.

1. The Supreme Court agreed in December to take up appeals filed by religiously affiliated hospital systems that were accused of underfunding their employee pension plans.

2. In three lawsuits, which were consolidated into one case, the high court was asked to decide whether the health systems can rely on their church affiliations to avoid complying with ERISA, which requires pension plans to have adequate funding to pay their promised benefits.

4. In an 8-0 ruling issued Monday, the Supreme Court overturned the lower court decisions that could have cost the health systems billions of dollars combined. Supreme Court Justice Neil Gorsuch did not participate in Monday’s decision, as he joined the court after arguments were presented in the case.

5. Justice Elena Kagan, writing for the court, said ERISA’s religious exemption applies to pension plans established by churches themselves and those established by organizations affiliated with churches.

“Because Congress deemed the category of plans ‘established and maintained by a church’ to ‘include’ plans ‘maintained by’ principal-purpose organizations, those plans — and all those plans — are exempt from ERISA’s requirements,” wrote Ms. Kagan.

Under the settlement, Ascension will pay $29.5 million in benefit payments for Wheaton’s retirement plan and up to $2.25 million in legal fees and expenses. Court papers filed Sept. 1 show the deal mandates Ascension to guarantee payment of the $29.5 million for the benefits if the plan cannot cover the costs, the report states.

In June, the U.S. Supreme Court held church-affiliated hospitals are not required to comply with ERISA, which governs employee pensions.

The U.S. Supreme Court on Monday appeared skeptical of arguments that they should subject faith-based health systems to federal pension regulations.

If the appellate decisions are upheld, the health systems and other large and small faith-based organizations will have to comply with ERISA’s disclosure rules, fully fund their pension plans and pay PBGC premiums. The decision could affect the retirement benefits of more than a million employees around the country.

The systems say their pensions are well funded but a ruling against them could force them to pay billions in penalties in the lawsuits. The systems have said that would result in them being able to provide less charity care or eliminate their pension plans altogether.

“Countless” pension plans have been structured based on faith-based organizations’ beliefs that they fell under this church plan exemption, relying on hundreds of letters from the Internal Revenue Service, Department of Labor and PBGC that affirmed that status, according to the health systems’ counsel Lisa Blatt. Reversing that longstanding practice would “unleash a torrent of unintended consequences,” she told the eight justices.

The health systems have argued that Congress intended to allow church agencies – including health systems, schools and other organizations supporting the church’s religious mission – to create their own ERISA-exempt pension plans.

Although several justices questioned whether the underlying congressional statute supports that argument, Chief Justice John Roberts and Justice Sonia Sotomayor both pointed out that the federal agencies obviously had a similar reading of the law.

But pension beneficiaries are concerned that this provides massive corporations like Dignity – one of the largest health systems in the country – with an unfair advantage over its competitors that Congress never intended. Faith-based organizations don’t have to insure their plan’s benefits, meet ERISA vesting requirements or clarify rights to future benefits.

“(Congress) wanted a close tie between the church and plan,” the beneficiaries’ counsel James Feldman said during oral arguments Monday. If the church isn’t involved in the pension plan, there’s no reason an organization should receive ERISA exemption, he said.

The federal government has sided with the hospitals, with Deputy Solicitor General Malcolm Stewart telling the justices that Congress expanded the church plan exemption in the 1980s to include church-affiliated organizations’ pension plans after the IRS denied an exemption in the 1970s.

Holy Cross is one of many healthcare organizations across the nation accused of misclassifying pension plans as church plans. According to Bloomberg BNA, 30 similar lawsuits have been brought against religiously affiliated healthcare companies over the past three years. In May, Hartford, Conn.-based St. Francis Hospital, part of Livonia, Mich.-based Trinity Health, agreed to pay $107 million to settle a lawsuit alleging it mismanaged its pension plan by classifying it as a church plan.