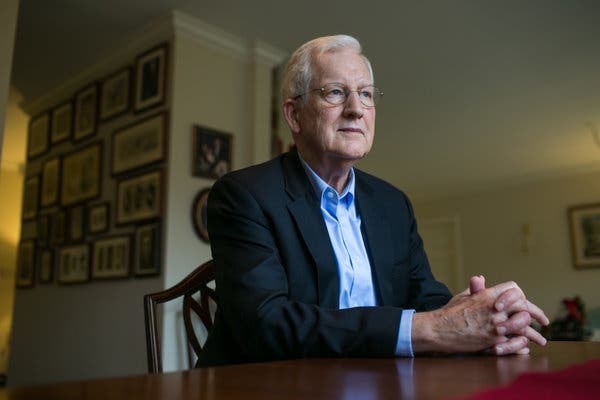 Naming a wing, unit or hospital building after a wealthy donor is nothing new, and hospital executives have long had programs to build relationships with “grateful patients” who wish to make a contribution.

A piece this week in the New York Times challenges this practice, and in particular, the ethics of analyzing patient financial data and public records to identify likely donors.

A 2013 change to privacy laws made it easier for hospitals to share information with fundraisers. Now many hospitals have built automated systems to perform “wealth screenings”, combining patient medical records, financial information and publicly-available information such as property records, and political and charitable contributions to identify patients with the means and likelihood of making a large donation. Target patients may receive nicer amenities or a visit from a hospital executive, and follow-up from the hospital’s development staff.

Medical ethicists are split on the practice, with one calling it “unseemly but not illegal or unethical”, but another saying that the practice, and particularly getting physicians involved in the process, is “fraught with danger”.

Previous research has shown that half of oncologists reported being trained to identify potential donors, and a third had been directly asked to solicit donations from patients. The reactions of physicians and patients profiled are mixed. Many doctors feel uncomfortable about the practice but recognize the importance of philanthropy.

Some patients want to express their gratitude through donation—but others expressed concerns about misleading connections between their doctors’ needs and where their donations would be spent.

They also questioned whether large health systems with billions in revenue and millions in profits should be routinely pursuing large donors. Rising public scrutiny around billing practices also highlights the dissonance between asking for philanthropic donations while at the same time aggressively pursuing a schoolteacher or bus driver for thousands of dollars in out-of-network claims.

We’d expect these tensions to continue to grow, as rising margin pressures make philanthropic income even more critical for hospitals—but transparency and a growing healthcare consumer marketplace raise questions of how much of a nonprofit health system’s work truly is “charitable”.

According to THON.org, it is the largest student-run philanthropy in the world and has raised $147 million since it began in 1973. That total came prior to Sunday’s announcement of more than $10 million.

The annual dance marathon — which takes place for 46 hours — has a number of performances that take place over the weekend at Penn State’s Bryce Jordan Center.

The world’s richest doctor had just made a $12 million gift to the University of Utah. Members of the university community were urged to come thank him. And so, a crowd gathered.

For months, Dr. Patrick Soon-Shiong would continue to reap praise for his generosity in publicity put out by the university. Not mentioned in any of the tributes: $10 million of his donation would be sent right back to one of his companies. And the contract for his gift was worded in a way that left the University of Utah with no other choice.

The university health system did get free and valuable information for genetics research through the deal. But a STAT investigation has found that Soon-Shiong benefited even more from his charitable donation.

He got reams of patient data to help him build a new commercial product meant to assess patients’ risk of rare and inherited diseases. He got a stream of cash for one of his struggling companies.

And the deal made it possible for his company to inflate, by more than 50 percent, the number of test orders it reported to investors late last year while updating them on interest in a flagship product, a diagnostic tool known as GPS Cancer. Soon-Shiong’s team counted genetic sequencing ordered by the University of Utah in those order numbers — even though the work for the university did not have anything to do with diagnosing or recommending treatments for cancer patients.

Even in the world of academic donations, which the wealthy often use to burnish their image or advance pet causes, the arrangement stands out as highly unusual.

The University of Utah deal — laid out in contracts obtained by STAT through a public records request — illustrates how Soon-Shiong boosted his business through his philanthropy. He has been accused of doing just that in at least two legal filings, but the Utah contracts offer the first concrete example, spelled out in black and white.

Four tax experts who reviewed the contracts at STAT’s request all agreed that the Utah deal was suspicious. Two said it appeared to violate federal tax rules governing certain charitable donations, amounting to indirect self-dealing by Soon-Shiong and his foundations.

“They’re laundering the funds through the University of Utah,” said Marc Owens, a tax lawyer with Loeb & Loeb. Owens, who said the contracts appeared to violate federal rules, previously spent a decade as head of the Internal Revenue Service’s tax-exempt division.

The other two legal experts said the contracts were cleverly worded in a way that would likely steer clear of self-dealing — but agreed that, at the very least, they raised serious questions about Soon-Shiong’s intent.

“We pretty clearly have an optics problem,” said Morey Ward, a tax lawyer with Ropes & Gray who represents tax-exempt organizations.

Soon-Shiong’s spokeswoman, Jen Hodson, did not answer a list of emailed questions or return calls from STAT. Soon-Shiong has denied STAT’s repeated requests for an interview dating back to last fall.

As the professional association for health foundations and corporate-giving programs, Grantmakers In Health (GIH) connects the hundreds of health funders who are spread across the American landscape, keeping them up-to-date on rapidly changing developments and providing opportunities for them to share what they’re learning and doing in their respective communities.

Times like now—when dramatic changes to the health care landscape are anticipated—accentuate the importance of this role. In 2017 it will be especially important that we help funders understand, and respond to, significant expected changes in public policies and programs that affect the communities they serve.

We will not simply be in crisis mode, however. Our concern for both informing and shaping the bigger picture of philanthropy’s health and health care priorities is ongoing.

As the year begins, the future of the Affordable Care Act (ACA) is naturally a high priority for us. Health funders are rightly anxious to understand the changes that are likely with a new Congress and presidential administration. Many grantmakers have invested for years at a national or state level to support the implementation of the ACA. They are keenly aware that rolling back the law will have consequences not only for people’s access to health care services, but also, more broadly, for jobs and state economies.

In an immediate response to these concerns, GIH has organized a series of webinars for its membership that offers the perspectives of a range of policy experts. Immediately post-election, these topics included strategies for adapting health reform–related grant making, the future of Medicaid, and the election’s implications for the State Children’s Health Insurance Program (CHIP) and other children’s coverage. Upcoming webinars will include bipartisan views of the new Trump administration’s health priorities and plans, the implications of a possible repeal of the ACA without implementing an immediate “replace” strategy, and the 2016 election’s possible effects on the health of immigrant communities.

Other ACA-related programming will include activities taking place at our annual conference in June, as well as meetings, calls with funders, and publications, including in-depth interviews about foundation strategies. Because changes to the ACA, Medicaid, and other programs will heighten the importance of state-level actions, our 2017 programming will pay special attention to elevating what funders are doing in states and sharing this information nationally.

In addition to this focus on policy changes that will affect access and coverage, we also want to identify health investment areas in which the new administration seems to be interested. We anticipate that addiction, delivery system reform, veterans’ health, and rural health will be on that list.

Billionaire Bill Gates, whose foundation seeks to spread modern medicine through the developing world and wipe out diseases of the poor such as malaria, said he supports the U.S. drug pricing system even as politicians have intensified their criticism of high costs.

“The current system is better than most other systems one can imagine,” Gates said in an interview on Bloomberg Television. “The drug companies are turning out miracles, and we need their R&D budgets to stay strong. They need to see the opportunity.”

A $185 million gift from legendary Wall Street financier Sanford “Sandy” Weill and his wife Joan could catapult UCSF’s neuroscience program — and a new Mission Bay building — to the head of the class.