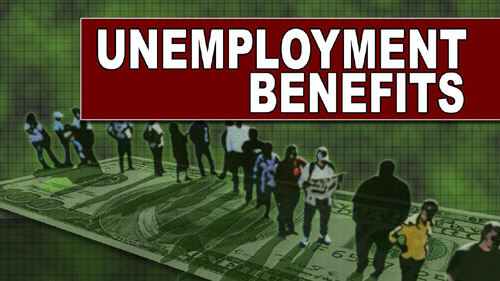 A debate over whether to extend enhanced unemployment benefits is emerging as a significant obstacle to getting a deal on another round of coronavirus relief legislation.

With the national unemployment rate expected to creep toward 20 percent in the months ahead, the fight over whether to boost benefits for Americans who lose their jobs or to keep benefits lean to motivate laid-off employees to rejoin the workforce is set to become a defining issue ahead of the election.

Senate Majority Leader Mitch McConnell (R-Ky.) says that Senate Republicans don’t have any interest in extending the $600 federal increase to state unemployment benefits that was a core component of the $2.2 trillion CARES Act.

The enhanced benefits are due to expire at the end of July, making them a principal topic of the upcoming negotiations.

McConnell told House GOP lawmakers in a conference call Wednesday that the Senate will not extend the beefed-up federal unemployment benefits, which GOP senators say has become a disincentive for middle- and lower-wage workers to return to the job.

But not all Republicans are on board with McConnell.

Sen. Pat Roberts (R-Kan.) said “my inclination would say that that’s going to have to continue for a while.”

“I get it, I talk to a lot of business people in Kansas — and South Carolina — about that and the disincentive if you continue to pay it to work. So I say it’s a tough a choice. But I think under the circumstances it should be continued in some form,” he added.

The employment picture grew darker on Thursday after the Labor Department announced that another 2.4 million Americans filed unemployment claims last week, bringing the total for the past nine weeks to 38 million new claims.

Sen. Thom Tillis (R), who faces a tough reelection race in North Carolina, said he wants to wait and see how the unemployment numbers play out.

“I think a lot of it really depends on how well the business openings go. I for one think that anything we do has to be tailored to where we’re not in the situation where the benefit’s greater than the salary it was replacing,” he said.

Other Republicans, however, say there is strong support for shutting off the federal boost to unemployment insurance after July.

“They think it is a huge disincentive to get the economy back and growing again. They’re not happy it was done in the first place,” said Sen. Rob Portman (R-Ohio), who helped craft the unemployment benefits section of the CARES Act, referring to complaints he has heard from GOP colleagues about the beefed-up benefits.

“It was a mistake to make it so high to begin with. It would be a mistake to extend it,” he added. “If you favor extending it, basically you’re favoring institutionalized unemployment.”

Other Republicans are raising concerns that adding $600 in federal assistance to weekly state unemployment compensation creates a benefit that exceeds the hourly wage for many jobs in their states.

“I think it needs to end,” said Sen. John Boozman (R-Ark.). “Hopefully the economy will start to be getting back on track and we’ll be able to get rid of it.”

Portman has proposed a bill that he hopes will give laid-off workers incentive to give up their enhanced benefits and look for new jobs before the July 31 expiration of the $600 federal add-on.

His legislation would let these workers continue collecting $450 of the $600 weekly benefit if they find work in the next nine weeks.

This sets up a major fight with Democrats, who see expanded unemployment benefits as the most effective way to help Americans hit hardest economically by the pandemic.

Speaker Nancy Pelosi (D-Calif.) and House Democrats have passed a $3 trillion coronavirus relief bill that would extend the $600 federal add-on to state unemployment benefits through July.

“It’s been a longtime Republican plan to reduce the amount of UI to workers, to shrink the number of weeks and to make fewer people eligible. In Ohio, only a quarter of unemployed workers are eligible for Ohio unemployment,” he said.

He said Democrats will make extending the program a top priority.

“Democrats are the party of workers, clearly, and they aren’t,” he said of his GOP colleagues.

The debate is just beginning, but it will grow heated in the weeks ahead as both sides begin to negotiate in earnest the size and scope of the next relief bill.

He also predicted fallout for not reforming the Small Business Administration’s Paycheck Protection Program or providing more aid to state and local governments.

Durbin warned that failing to extend enhanced unemployment benefits would be a “disastrous mistake.”

“The economists tell us it is probably the single best stimulus that we can put into this economy,” he said

Durbin said if McConnell blocks extending beefed-up unemployment benefits past July 31, there will be hardship across America and in the commonwealth of Kentucky that “he doesn’t even begin to contemplate at this moment.”

Sen. Bernie Sanders (I-Vt.), who was a competitive candidate in the Democratic presidential primary and whose support is seen as crucial to turning out voters in the fall, also weighed in Thursday.

“Republicans are going nuts about the $600 per week expanded unemployment benefits that workers now receive. Imagine that! Americans not forced to live on starvation wages. What a frightening precedent. What will they want next? Health care as a human right?” Sanders tweeted Thursday afternoon.

Some Democratic moderates, however, have signaled in private talks that they’re open to negotiating with Republicans to scaling down the $600 in additional weekly assistance after July.

Sen. Michael Bennet (D-Colo.) has also signaled a willingness in reviewing the impact of the generous federal payment on people rejoining the workforce.