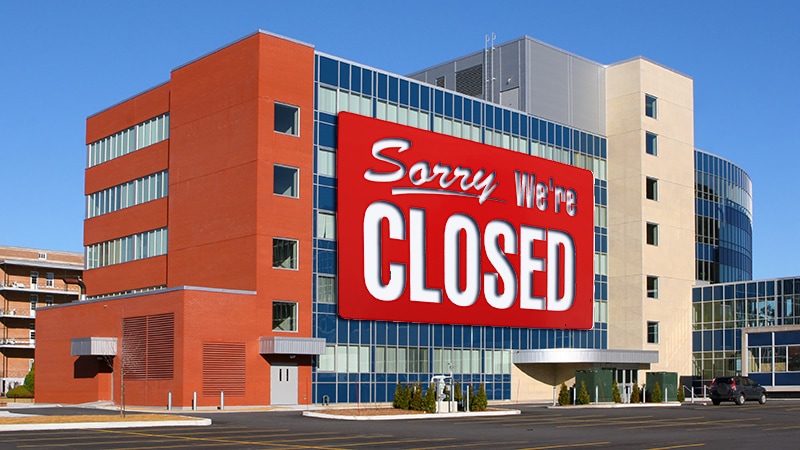 From reimbursement landscape challenges to dwindling patient volumes, many factors lead hospitals to shut down or file for bankruptcy. At least 42 hospitals across the U.S. have closed or entered bankruptcy this year, and the financial challenges caused by the COVID-19 pandemic may force more hospitals to do the same in coming months.

COVID-19 has created a cash crunch for many hospitals across the nation. They’re estimated to lose $200 billion between March 1 and June 30, according to a report from the American Hospital Association. More than $161 billion of the expected revenue losses will come from canceled services, including nonelective surgeries and outpatient treatment. Moody’s Investors Service said the sharp declines in revenue and cash flow caused by the suspension of elective procedures could cause more hospitals to default on their credit agreements this year than in 2019.

Below are the provider organizations that have filed for bankruptcy or closed since Jan. 1, beginning with the most recent. They own and operate a combined 42 hospitals.

Our Lady of Bellefonte Hospital (Ashland, Ky.)
Bon Secours Mercy Health closed Our Lady of Bellefonte Hospital in Ashland, Ky., on April 30. The 214-bed hospital was originally slated to shut down in September of this year, but the timeline was moved up after employees began accepting new jobs or tendering resignations. Bon Secours cited local competition as one reason for the hospital closure. Despite efforts to help sustain hospital operations, Bon Secours was unable to “effectively operate in an environment that has multiple acute care facilities competing for the same patients, providers and services,” the health system said.

Williamson (W.Va.) Hospital
Williamson Hospital filed for Chapter 11 bankruptcy in October and was operating on thin margins for months before shutting down on April 21. The 76-bed hospital said a drop in patient volume due to the COVID-19 pandemic forced it to close. CEO Gene Preston said the decline in patient volume was “too sudden and severe” for the hospital to sustain operations.

Quorum Health (Brentwood, Tenn.)
Quorum Health and its 23 hospitals filed for Chapter 11 bankruptcy April 7. The company, a spinoff of Franklin, Tenn.-based Community Health Systems, said the bankruptcy filing is part of a plan to recapitalize the business and reduce its debt load.

Sumner Community Hospital (Wellington, Kan.)
Sumner Community Hospital closed March 12 without providing notice to employees or the local community. Kansas City, Mo.-based Rural Hospital Group, which acquired the hospital in 2018, cited financial difficulties and lack of support from local physicians as reasons for the closure. “Lack of support from the local medical community was the primary reason we are having to close the hospital,” RHG said. “We regret having to make this decision; however, despite operating the hospital in the most fiscally responsible manner possible, we simply could not overcome the divide that has existed from the time we purchased the hospital until today.”

Ellwood City (Pa.) Medical Center
Ellwood City Medical Center officially closed Jan. 31. The hospital was operating under a provisional license in November when the Pennsylvania Department of Health ordered it to suspend inpatient and emergency services due to serious violations, including failure to pay employees and the inability to offer surgical services. The hospital’s owner, Americore Health, suspended all clinical services at Ellwood City Medical Center Dec. 10. At that time, hospital officials said they hoped to reopen the facility in January. Plans to reopen were halted Jan. 3 after the health department conducted an onsite inspection and determined the hospital “had not shown its suitability to resume providing any health care services.”

Thomas Health (South Charleston, W.Va.)
Thomas Health and its two hospitals filed for Chapter 11 bankruptcy on Jan. 10. In an affidavit filed in the bankruptcy case, Thomas Health President and CEO Daniel J. Lauffer cited several reasons the health system is facing financial challenges, including reduced reimbursement rates and patient outmigration. The health system announced June 18 that it reached an agreement in principle with a new capital partner that would allow it to emerge from bankruptcy.