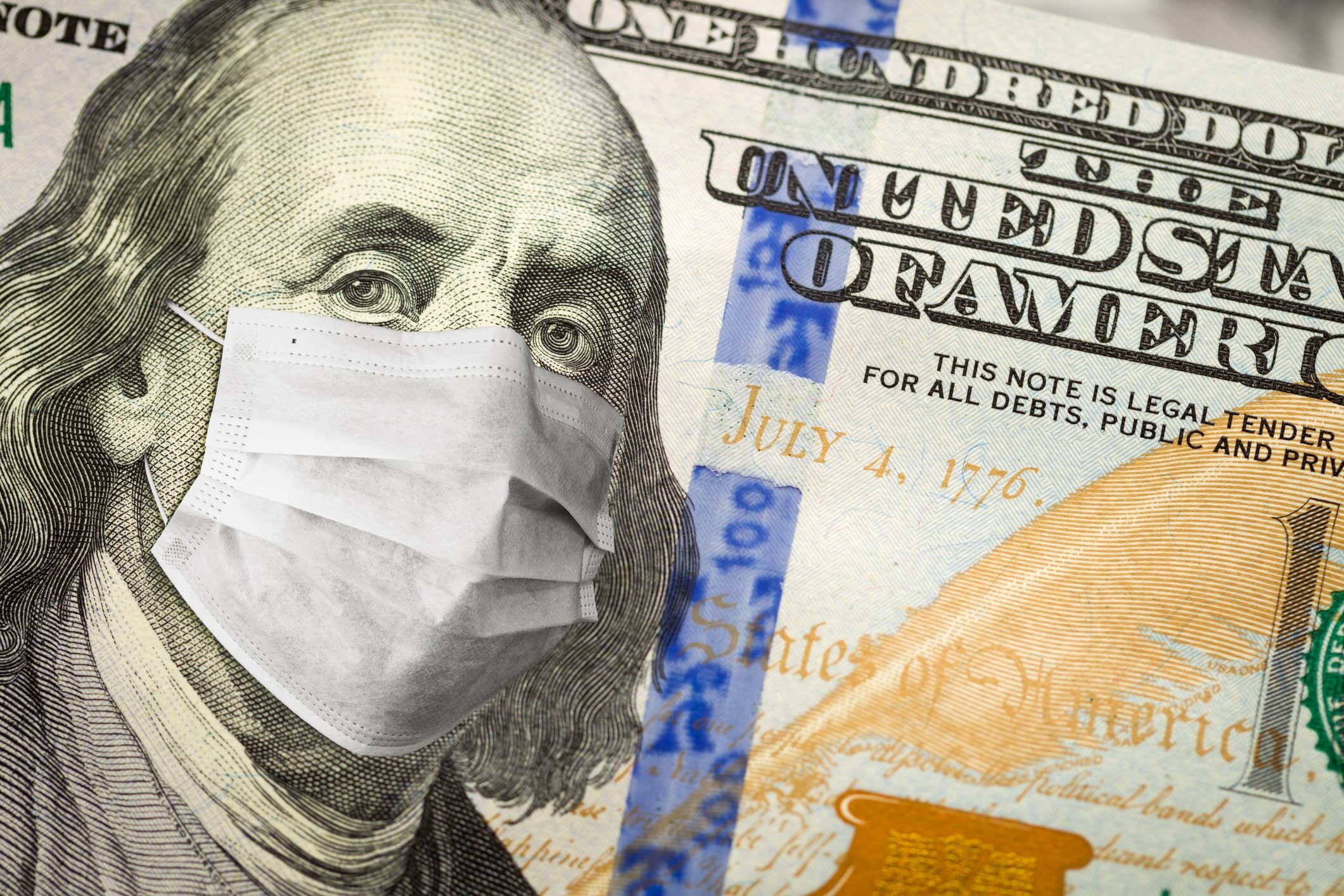 Healthcare Dive’s findings revive concerns that greater examination of hospital finances is needed before divvying up COVID-19 rescue funding allocated by Congress.
The nation’s largest nonprofit health systems, led by Kaiser Permanente, Ascension and Providence, have received more than $7.1 billion in bailout funds from the federal government so far, as the novel coronavirus forced them to all but shutter their most profitable business lines.

At the same time, some of these same behemoth systems sit on billions in cash, and even greater amounts when taking into account investments that can be liquidated over time. That raises questions about how much money these systems actually need from the federal government given they have hundreds of days worth of cash on hand. Indeed, some big systems, like Kaiser Permanente, are already returning some of the funds.

And it revives concerns that greater examination of hospital finances is needed before divvying up rescue packages.

This is the second story of a Healthcare Dive series examining the bailout funds health systems received amid the COVID-19 pandemic. In this report, we focus on the 20 largest nonprofits by revenue and the amount of Coronavirus Aid, Relief, and Economic Security (CARES) Act funding they have received compared to the amount of cash on hand and recent financial performance. Healthcare Dive used bond filings filed as of June 12 to compile the amount of CARES funding received by health systems. In some instances, we relied on data from Good Jobs First, which also tracks the money. In addition to bond filings, we relied on annual audited financial statements and analyst reports to compile financial performance and days cash on hand.

The cash hospitals have on hand has become an important metric to watch over the past few months as many have seen reserves dwindle to pay everyday expenses as revenue has dried up. At the same time, hospital volumes have plunged due to the economy grinding to a halt.

“You can’t write a payroll check off of accounts receivables, you have to write it off your cash and cash equivalents.” Rick Gundling, senior vice president of healthcare financial practices for Healthcare Financial Management Association, told Healthcare Dive.

In the early days of the outbreak in the U.S., some hospital executives sounded the alarm over dire financial straits, particularly small, rural hospitals whose executives warned they were weeks away from not making payroll. These pleas helped push Congress to pass massive rescue packages, with providers earmarked for $175 billion thus far.

Nonprofit health systems tend to keep more cash on hand than publicly-traded hospital chains. That’s because investor-owned facilities can raise capital more quickly, mainly through the stock market, while nonprofits have to rely on the bond market and their own operations, Gundling said.

Another important avenue that can boost cash is investments. It’s common for large nonprofits to rake in more in net income than they do from their core operations of running hospitals and caring for patients, in large part due to their investments in the stock market.

For example, Chicago-based CommonSpirit posted an operating loss of $602 million during its fiscal year 2019 but net income far exceeded that, totaling $9 billion. It was buoyed by investments and its recent merger, bringing together Catholic Health Initiatives and Dignity Health, according to its audited financial statement for the year ended June 30, 2019.

Ascension, the second-largest nonprofit system, received about $492 million in CARES funding, according to Good Jobs First. Ascension reported having 231 days cash on hand. Its unrestricted cash and investments totaled a sum of $15.5 billion as of March 31.

Kaiser, the nation’s largest nonprofit system, has about 200 days of cash on hand as of its fiscal year end, Dec. 31, according to a recent report from Fitch Ratings.

Providence, the third-largest nonprofit and first U.S. health system to treat a COVID-19 patient, reported 182 days of cash on hand as of March 31, according to a May bond filing.

However, Cleveland Clinic has the most cash on hand when measured in days among the top 20 nonprofits.

Cleveland Clinic had 337 days of cash on hand at the end of March, according to an unaudited financial statement from May. That’s nearly an entire year’s worth of operating expenses. The system has received $199 million in CARES funding, according to that same filing.

Rochester, Minnesota-based Mayo Clinic had the second most days of cash on hand with 252. Mayo Clinic has received $220 million in grant money, according to a May financial filing.

“You would never see that much cash on an investor-owned hospital,” Gundling said. “Generally, they want to pour that cash back into the services,” he said.

NYC Health + Hospitals, also the nation’s largest municipal health system, had the fewest days of cash on hand and it received $745 million in CARES funding, the second-most compared to other systems.

How health systems’ funding and cash on hand compare 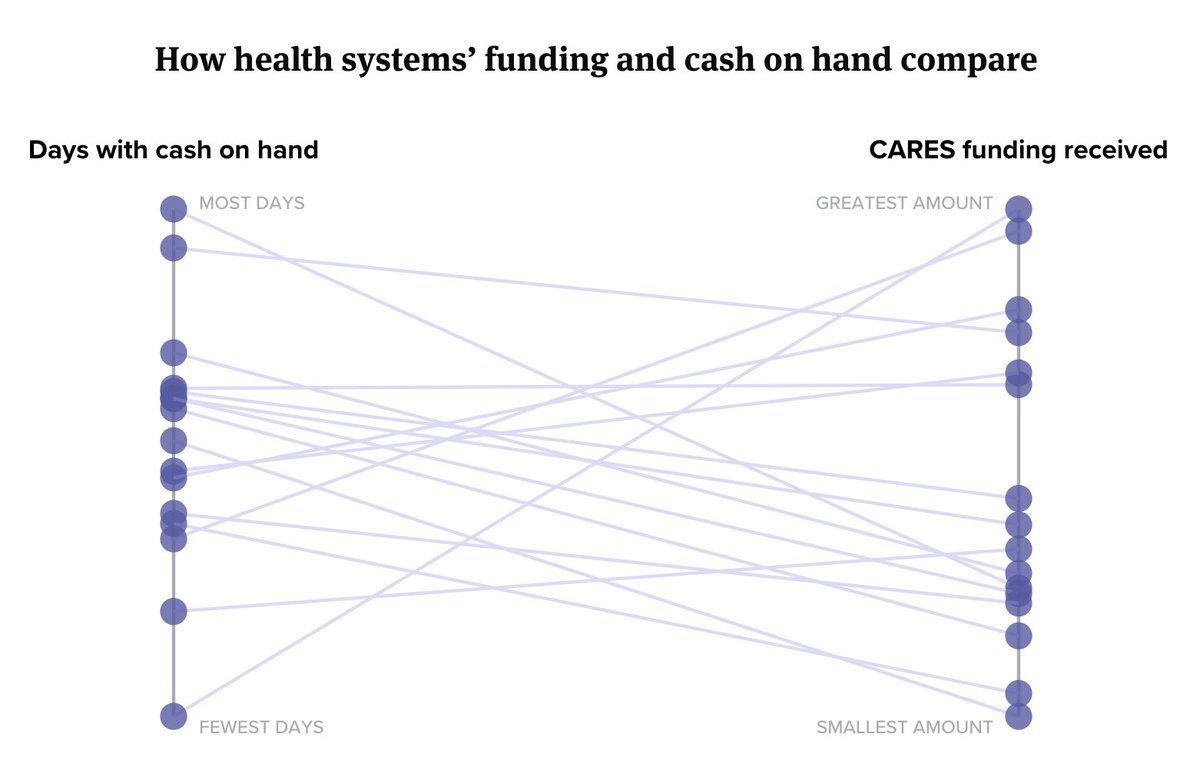 Sitting on a pile of money and accepting the bailout funds is already raising eyebrows.

Worried about the optics, other institutions with considerable reserves or endowments have returned federal bailout funds, including Harvard University and major health insurers.

Providers are returning relief funds, too. Kaiser Permanente, the nation’s largest nonprofit by revenue, told the San Francisco Business Times it has returned more than $500 million in CARES funding. CEO Greg Adams the system “will do fine” despite the setback from the pandemic.

Mara McDermott, vice president of McDermott+Consulting, agrees there is a risk in accepting the grant money if systems possess such large reserves. Yet, she also cautioned that the healthcare ecosystem is so much more complicated.

“Regardless of the structure, it requires a deeper dive into need and that’s not what HHS did. They just wrote checks,” McDermott told Healthcare Dive.

Just because a parent company has a large cash reserve, it doesn’t mean that the money is readily available on a daily basis to a smaller practice it may own down the chain and one that hasn’t had any patients since March, she said.

“It’s easy to point the finger… but it’s much more complex than that,” she said.

The first tranche of money HHS sent to hospitals was based on Medicare fee-for-service business, and later on net patient service revenue. These formulas were criticized for putting some hospitals at an advantage compared to others, particularly those with larger shares of Medicaid patients. HHS has since released more targeted funding for providers in hot spots such as New York and plans to funnel funding to those serving a large share of Medicaid members in an attempt to address earlier concerns.

Still, without certainty of how long this public health crisis will last, no one knows how much cash on hand will ultimately be enough.

“A year’s cash on hand sounds like a lot of money but when you expend hundreds of millions of dollars a month, it won’t take you long to burn through that,” Scott Graham, CEO of Three Rivers Hospital, a 25-bed facility in rural Washington state, told Healthcare Dive.

Graham had feared in March that without quick intervention from the government, his hospital was near closure with just a few weeks cash on hand. The federal grant money has bought his hospital some time, about six months if volumes stay where they are, longer if they tick back up.

“I think what HHS did was right at the moment because we needed to ensure that the healthcare system survived this. It’s one thing for a small rural hospital to close, it’s another thing for the entire health system to collapse,” he said.