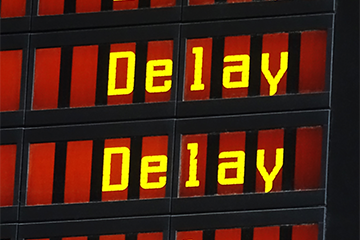 With delays in getting test results growing in many areas of the country, a new analysis in the Lancet shows just how destructive increased turnaround times for COVID tests can be.

Researchers modeled the impact of the timeliness and completeness of contact tracing, finding that minimizing testing delay—shortening the time between symptom onset and a positive test result—had the greatest impact on reducing future spread of the disease.

Digging into the details, if infected individuals who develop symptoms are isolated within one day of symptom onset, the R0 (“R-naught”) can be reduced to 1—each existing infection seeds one new case—stabilizing the level of infection in a population. With contact tracing, the R0 can be reduced to 0.8, meaning the disease will decline.

And researchers found with a testing delay of three days or more, even the most efficient isolation and contact tracing is essentially futile, powerless to bend the curve of transmission rates.

Ominous findings for many states, where average test turnaround times are again approaching one week, showing just how far we are from being able to implement the basic public health strategy of “test, trace and isolate”, which has proven effective for so many countries around the world.