Trump: U.S. will terminate relationship with the World Health Organization in wake of Covid-19 pandemic 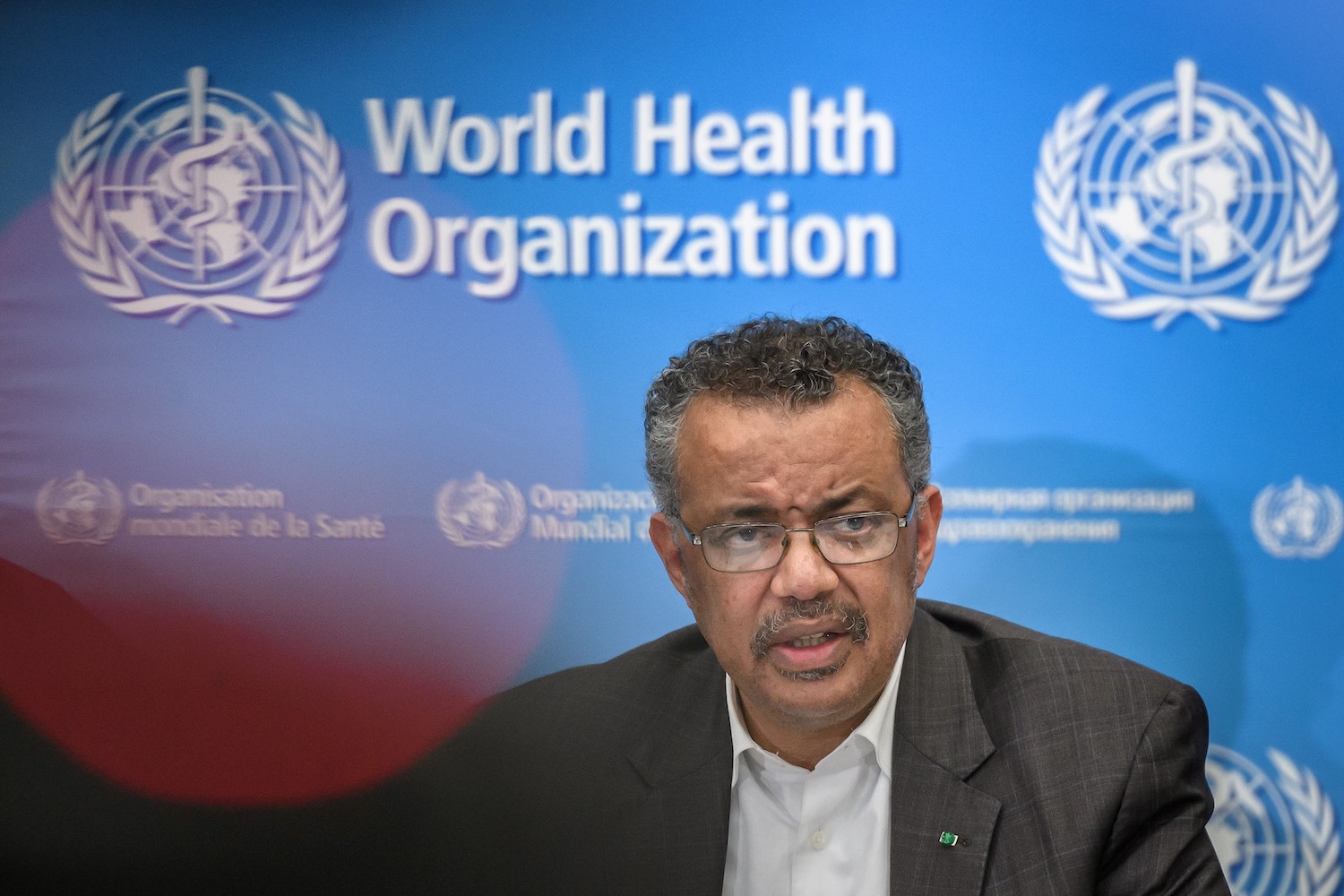 President Trump said Friday the U.S. would halt its funding of the World Health Organization and pull out of the agency, accusing it of protecting China as the coronavirus pandemic took off. The move has alarmed health experts, who say the decision will undermine efforts to improve the health of people around the world.

In an address in the Rose Garden, Trump said the WHO had not made reforms that he said would have helped the global health agency stop the coronavirus from spreading around the world.

“We will be today terminating our relationship with the World Health Organization and redirecting those funds to other worldwide and deserving urgent global public health needs,” Trump said. “The world needs answers from China on the virus.”

It’s not immediately clear whether the president can fully withdraw U.S. funding for the WHO without an act of Congress, which typically controls all federal government spending. Democratic lawmakers have argued that doing so would be illegal, and House Speaker Nancy Pelosi threatened last month that such a move would be “swiftly challenged.”

The United States has provided roughly 15% of the WHO’s total funding over its current two-year budget period.

The WHO has repeatedly said it was committed to a review of its response, but after the pandemic had ebbed. Last month, Robert Redfield, the director of the Centers for Disease Control and Prevention, also said the “postmortem” on the pandemic should wait until the emergency was over.

As the Trump administration’s response to pandemic has come under greater scrutiny, with testing problems and a lack of coordination in deploying necessary supplies, Trump has sought to cast further blame on China and the WHO for failing to snuff out the spread when the virus was centered in China.

During his remarks, Trump alleged, without evidence, that China pressured WHO to mislead the world about the virus. Experts say that if the U.S. leaves the WHO, the influence of China will only grow.

“The world is now suffering as a result of the malfeasance of the Chinese government,” Trump said. “China’s coverup of the Wuhan virus allowed the disease to spread all over the world, instigating a global pandemic that has cost more than 100,000 American lives, and over a million lives worldwide.” (That last claim is not true; globally, there have been about 360,000 confirmed deaths from Covid-19, the disease caused by the coronavirus.)

When Trump earlier this month threatened to yank U.S. funding in a letter, Tedros Adhanom Ghebreyesus, the WHO director-general, would only say during a media briefing that the agency was reviewing it. But he and other officials stressed that the agency had a small budget — about $2.3 billion every year — relative to the impact the agency had and what it was expected to do.

Mike Ryan, head of the WHO’s emergencies program, said the U.S. funding provided the largest proportion of that program’s budget.

“So my concerns today are both for our program and … working on how we improve our funding base for WHO’s core budget,” Ryan said. “Replacing those life-saving funds for front-line health services to some of the most difficult places in the world — we’ll obviously have to work with other partners to ensure those funds can still flow. So this is going to have major implications for delivering essential health services to some of the most vulnerable people in the world and we trust that other donors will if necessary step in to fill that gap.”

With all 50 states now in the process of reopening, data reported by public health agencies on coronavirus testing is under increased scrutiny. The issue is not how many tests are being conducted—that number has dramatically increased nationwide (although experts still caution that total testing should be about three times higher than the current 300,000 per day).

Rather, as reported this week, the issue is what kind of tests are being included in public reporting. It emerged this week that several states—including Georgia, Texas, Pennsylvania, Vermont, and Virginia—have been combining statistics on polymerase chain reaction (PCR) tests, used to diagnose current infection, with antibody blood tests, used to detect past infection.

More troublingly, The Atlantic reported on Wednesday that the Centers for Disease Control and Prevention (CDC) has been doing the same thing, which artificially inflates the number of tests conducted, and makes the numbers difficult to interpret. Among other experts, Dr. Ashish Jha, director of Harvard’s Global Public Health Institute, was stunned: “You’ve got to be kidding me. How could the CDC make that mistake? This is a mess.”

Accurate testing data is critical to determine the pace and scope of reopening, and to monitor for resurgences of the virus that might necessitate future restrictions. It’s important to know who’s infected now for clinical reasons, and it’s essential to understand who’s already been sick for public health purposes. Combining the two datasets is positively unhelpful, and likely only serves a political purpose.

Testing problems have proven to be this country’s original sin in the way the coronavirus pandemic has evolved, but it’s not too late to make sure that we have ample, accurate, and well-reported testing to guide critical public health decisions.

— No support for continued use seen in analysis of 15,000 patients who got controversial drugs

Chloroquine or hydroxychloroquine (HCQ), with or without an antibiotic, in hospitalized COVID-19 patients were associated with increased risk of death in the hospital and higher rates of arrhythmias, analysis of outcomes in nearly 100,000 patients indicated.

The 15,000 patients who received HCQ or chloroquine were about twice as likely to die compared to controls who did not receive these agents after adjusting for covariates (18.o% for hydroxychloroquine and 16% for chloroquine versus 9.3% for controls), reported Mandeep Mehra, MD, of Brigham and Women’s Hospital in Boston, and colleagues.

The drug was also associated with a higher risk of ventricular arrhythmia during hospitalization (6.1% for hydroxychloroquine, 4.3% for chloroquine versus 0.3% for controls), the authors wrote in The Lancet.

Moreover, risks for both in-hospital mortality and ventricular arrhythmia were even higher compared to controls when either drug was combined with a macrolide antibiotic, they noted.

Mehra said in a statement these drugs should not be used as treatments for COVID-19 outside of clinical trials.

“This is the first large scale study to find statistically robust evidence that treatment with chloroquine or hydroxychloroquine does not benefit patients with COVID-19,” he said. “Instead, our findings suggest it may be associated with an increased risk of serious heart problems and increased risk of death. Randomised clinical trials are essential to confirm any harms or benefits associated with these agents.”

Mehra’s group analyzed some 96,000 patients from 671 hospitals on six continents with COVID-19 infection, from Dec. 20 to April 14, all of whom had either died or been discharged from the hospital by April 21.

The estimated excess risk attributable to the drug regimen rather than other factors, such as comorbidities, ranged from 34% to 35%.

Arrhythmia’s greatest risk was in the group who received hydroxychloroquine and a macrolide antibiotic such as azithromycin (8% versus 0.3% of controls), and this regimen was associated with a more than five-fold risk of developing an arrhythmia while hospitalized, though cause and effect cannot be inferred, the group noted.

“Previous small-scale studies have failed to identify robust evidence of a benefit and larger, randomised controlled trials are not yet completed,” said co-author Frank Ruschitzka, MD, Director of the Heart Center at University Hospital Zurich in a statement. “However, we now know from our study that the chance that these medications improve outcomes in COVID-19 is quite low.”

An accompanying editorial by Christian Funck-Brentano, MD, PhD, and Joe-Elie Salem, MD, PhD, of Sorbonne Université in Paris, noted limitations of the observational data, but said the authors “should be commended for providing results from a well designed and controlled study … in a very large sample of hospitalized patients.”

They also cautioned against attributing the increased risk of hospital deaths to the higher incidence of arrhythmias, noting that “the relationship between death and ventricular tachycardia was not studied and causes of deaths (i.e., arrhythmic vs non-arrhythmic) were not adjudicated.”

The editorialists nevertheless concluded both hydroxychloroquine and chloroquine, with or without azithromycin, “are not useful and could be harmful in hospitalized patients with COVID-19,” and stressed the importance of clinical trials for these drugs.

“The global community awaits the results of ongoing, well powered randomized controlled trials showing the effects of chloroquine and hydroxychloroquine on COVID-19 clinical outcomes,” they wrote. 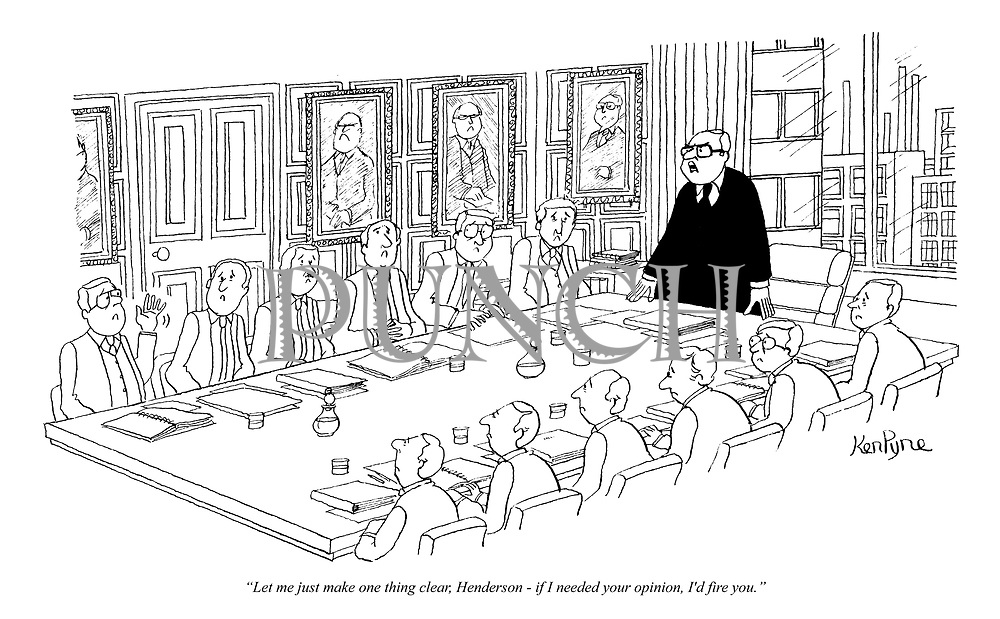 Rick Bright, the former director of the U.S. Biomedical Advanced Research and Development Authority (BARDA), filed a whistleblower complaint Tuesday alleging that the Department of Health and Human Services failed to take early action to mitigate the threat of the novel coronavirus.

Flashback: Bright said last month he believes he was ousted after clashing with HHS leadership over his attempts to limit the use of hydroxychloroquine to treat the coronavirus.

What’s new: In his complaint, Bright claims he was excluded from an HHS meeting on the coronavirus in late January after he “pressed for urgent access to funding, personnel, and clinical specimens, including viruses” to develop treatments for the coronavirus should it spread outside of Asia.