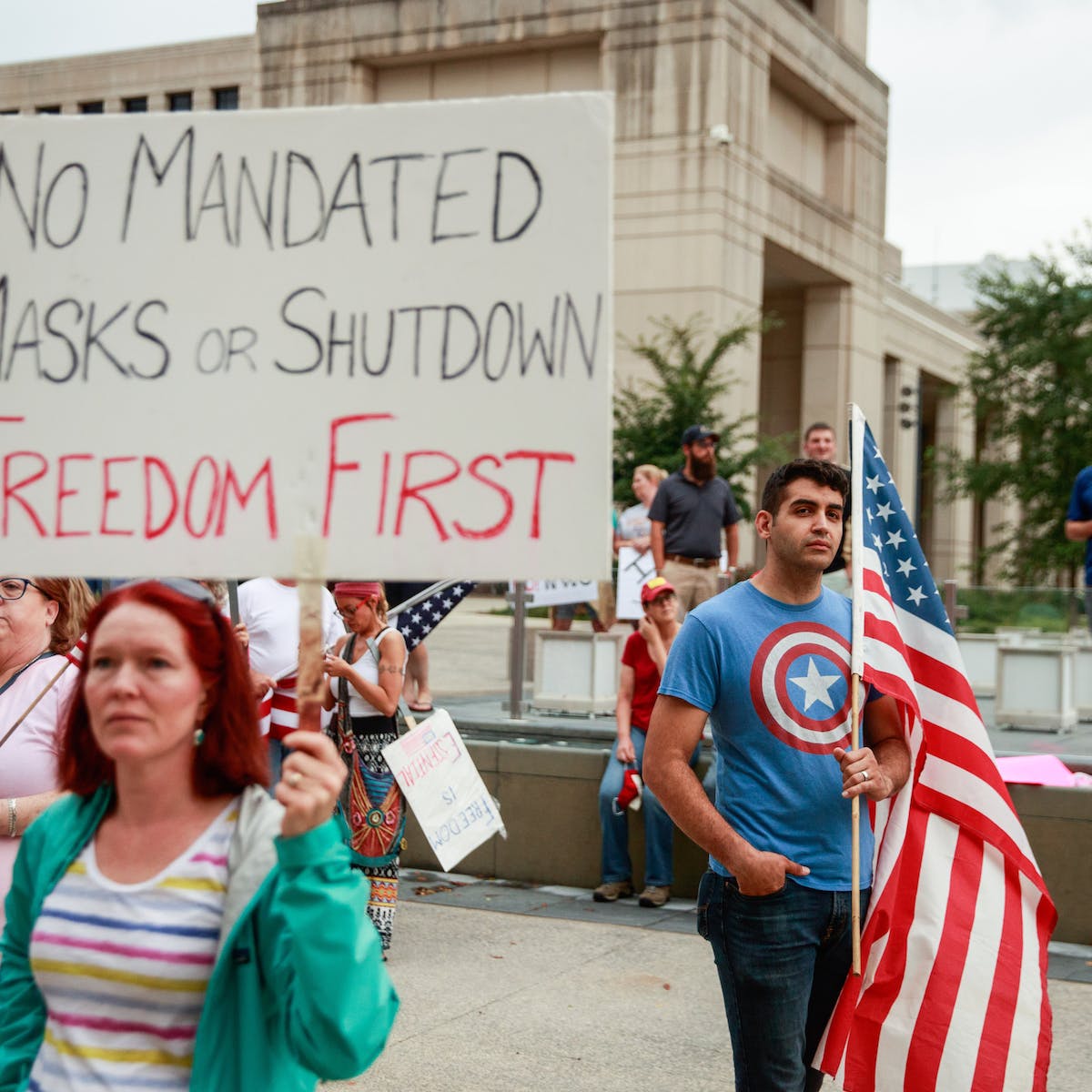 Many public health professionals and politicians are urging or requiring citizens to wear face masks to help slow the spread of the COVID-19 virus.

Some Americans have refused, wrongly claiming mask decrees violate the Constitution. An internet search turns up dozens of examples.

“Costco Karen,” for instance, staged a sit-in in a Costco entrance in Hillsboro, Oregon after she refused to wear a mask, yelling “I am an American … I have rights.”

A group called Health Freedom Idaho organized a protest against a Boise, Idaho, mask mandate. One protester said, “I’m afraid where this country is headed if we just all roll over and abide by control that goes against our constitutional rights.”

As one protester said, “The coronavirus doesn’t override the Constitution.”

Speaking as a constitutional law scholar, these objections are nonsense. 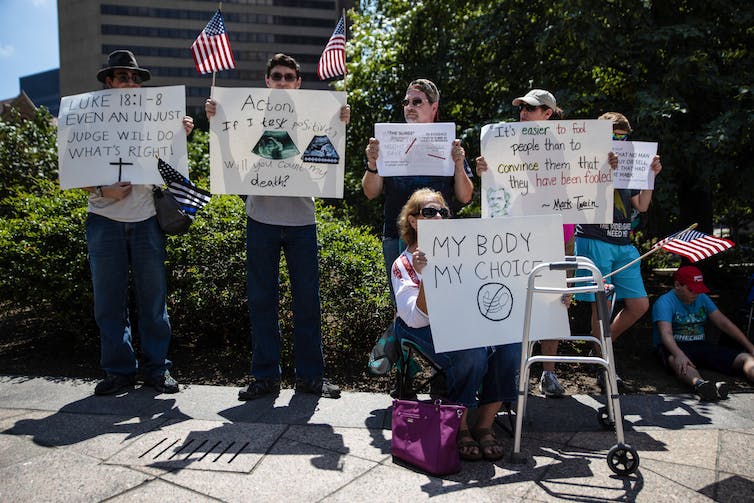 It is not always clear why anti-maskers think government orders requiring face coverings in public spaces or those put in place by private businesses violate their constitutional rights, much less what they think those rights are. But most of the mistaken objections fall into two categories:

They’re not mutually exclusive claims: A lawsuit filed by four Florida residents against Palm Beach County, for example, argues that mask mandates “interfere with … personal liberty and constitutional rights,” such as freedom of speech, right to privacy, due process, and the “constitutionally protected right to enjoy and defend life and liberty.” The lawsuit asks the court to issue a permanent injunction against the county’s mask mandate.

Responding to a reporter who asked why President Donald Trump appeared unconcerned about the absence of masks and social distancing at a campaign rally in Tulsa, Vice President Mike Pence said: “I want to remind you again freedom of speech and the right to peaceably assemble is in the Constitution of the U.S. Even in a health crisis, the American people don’t forfeit our constitutional rights.”

What the First Amendment does – and doesn’t – do

There are two reasons why mask mandates don’t violate the First Amendment.

First, a mask doesn’t keep you from expressing yourself. At most, it limits where and how you can speak. Constitutional law scholars and judges call these “time, place, and manner” restrictions. If they do not discriminate on the basis of the content of the speech, such restrictions do not violate the First Amendment. An example of a valid time, place and manner restriction would be a law that limits political campaigning within a certain distance of a voting booth.

Additionally, the First Amendment, like all liberties ensured by the Constitution, is not absolute.

All constitutional rights are subject to the goverment’s authority to protect the health, safety and welfare of the community. This authority is called the “police power.” The Supreme Court has long held that protecting public health is sufficient reason to institute measures that might otherwise violate the First Amendment or other provisions in the Bill of Rights. In 1944, in the case of Prince v. Massachusetts, for example, the Supreme Court upheld a law that prohibited parents from using their children to distribute religious pamphlets on public streets.

The right to liberty

Some anti-maskers object that masks violate the right to liberty.

The right to liberty, including the right to make choices about one’s health and body, is essentially a constitutional principle of individual autonomy, neatly summarized as “My body, my choice.”

The 1905 case of Jacobsen v. Massachusetts shows why mask mandates don’t violate any constitutional right to privacy or health or bodily integrity. In that case, the Supreme Court upheld a smallpox vaccination requirement in Cambridge, Massachusetts.

The court said that the vaccination requirement did not violate Jacobsen’s right to liberty or “the inherent right of every freeman to care for his own body and health in such way as to him seems best.”

As the court wrote, “There are manifold restraints to which every person is necessarily subject for the common good. On any other basis, organized society could not exist with safety to its members.” In a 1995 New York case, a state court held that an individual with active tuberculosis could be forcibly detained in a hospital for appropriate medical treatment.

Even if you assume that mask mandates infringe upon what the Supreme Court calls “fundamental rights,” or rights that the court has called the “very essence of a scheme of ordered liberty,” it has consistently ruled states can act if the restrictions advance a compelling state interest and do so in the least restrictive manner.

As the Jacobsen ruling and the doctrine of time, place and manner make clear, the protection of all constitutional liberties rides upon certain necessary – but rarely examined – assumptions about communal and public life.

One is that is constitutional rights – whether to liberty, speech, assembly, freedom of movement or autonomy – are held on several conditions. The most basic and important of these conditions is that our exercise of rights must not endanger others (and in so doing violate their rights) or the public welfare. This is simply another version of the police power doctrine.

Unfortunately, a global pandemic in which a serious and deadly communicable disease can be transmitted by asymptomatic carriers upsets that background and justifies a wide range of reasonable restrictions on our liberties. Believing otherwise makes the Constitution a suicide pact – and not just metaphorically.