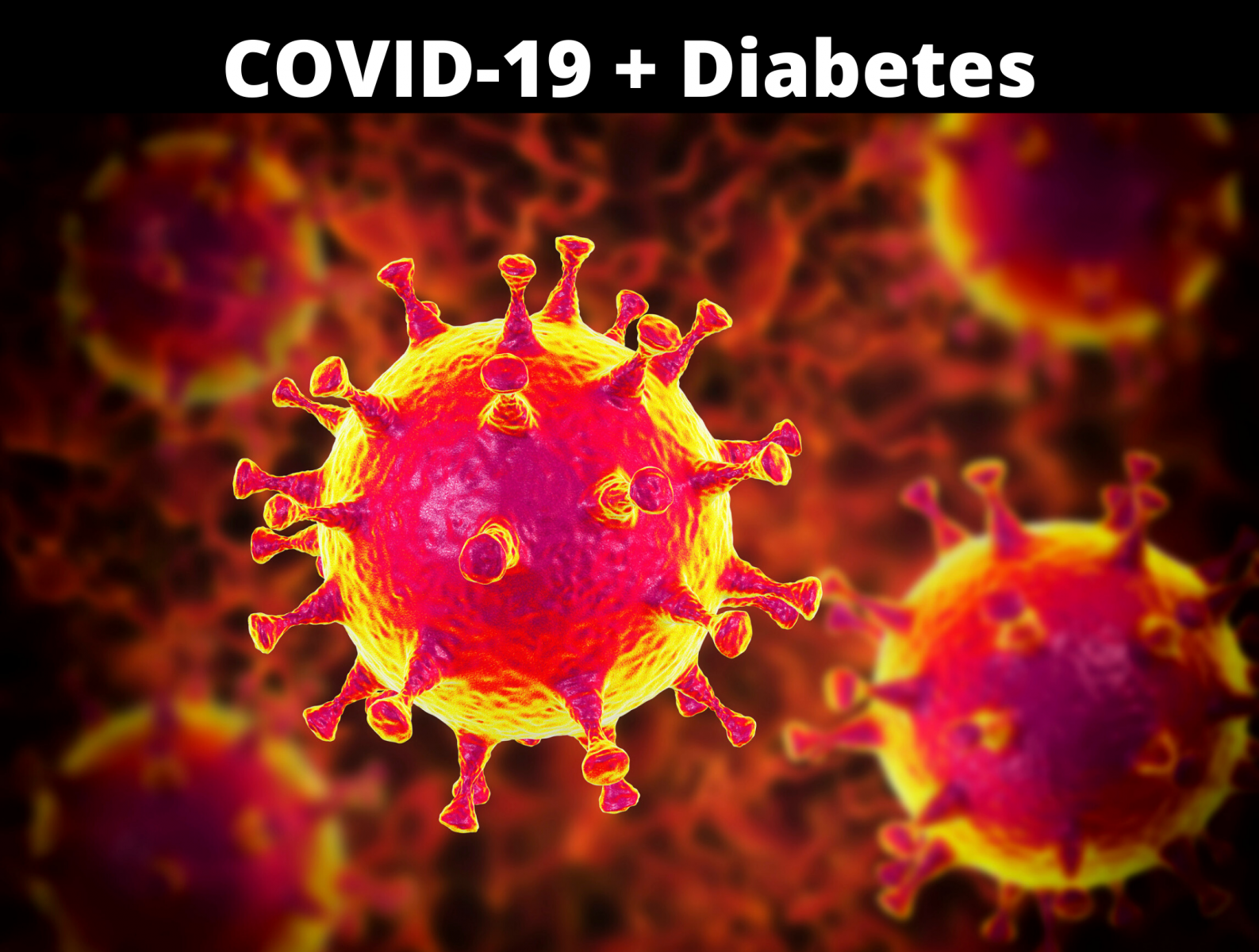 Dr. Anne Peters splits her mostly virtual workweek between a diabetes clinic on the west side of Los Angeles and one on the east side of the sprawling city.

Three days a week she treats people whose diabetes is well-controlled. They have insurance, so they can afford the newest medications and blood monitoring devices. They can exercise and eat well.  Those generally more affluent West L.A. patients who have gotten COVID-19 have developed mild to moderate symptoms – feeling miserable, she said – but treatable, with close follow-up at home.

“By all rights they should do much worse, and yet most don’t even go to the hospital,” said Peters, director of the USC Clinical Diabetes Programs.

On the other two days of her workweek, it’s a different story.

In East L.A., many patients didn’t have insurance even before the pandemic. Now, with widespread layoffs, even fewer do. They live in “food deserts,” lacking a car or gas money to reach a grocery store stocked with fresh fruits and vegetables. They can’t stay home, because they’re essential workers in grocery stores, health care facilities and delivery services. And they live in multi-generational homes, so even if older people stay put, they are likely to be infected by a younger relative who can’t.

They tend to get COVID-19 more often and do worse if they get sick, with more symptoms and a higher likelihood of ending up in the hospital or dying, said Peters, also a member of the leadership council of Beyond Type 1, a diabetes research and advocacy organization.

“It doesn’t mean my East Side patients are all doomed,” she emphasized.

But it does suggest COVID-19 has an unequal impact, striking people who are poor and already in ill health far harder than healthier, better off people on the other side of town.

Tracey Brown has known that for years.

“What the COVID-19 pandemic has done is shined a very bright light on this existing and pervasive problem,” said Brown, CEO of the American Diabetes Association. Along with about 32 million others – roughly 1 in 10 Americans – Brown has diabetes herself.

“We’re in 2020, and every 5 minutes, someone is losing a limb” to diabetes, she said. “Every 10 minutes, somebody is having kidney failure.”

The data is clear: People with diabetes are at increased risk of having a bad case of COVID-19, and diabetics with poorly controlled blood sugar are at even higher risk, said Liam Smeeth, dean of the faculty of epidemiology and population health at the London School of Hygiene and Tropical Medicine. He and his colleagues combed data on 17 million people in the U.K. to come to their conclusions.

Diabetes often comes paired with other health problems – obesity and high blood pressure, for instance. Add smoking, Smeeth said, and “for someone with diabetes in particular, those can really mount up.”

People with diabetes are more vulnerable to many types infections, Peters said, because their white blood cells don’t work as well when blood sugar levels are high.

“In a test tube, you can see the infection-fighting cells working less well if the sugars are higher,” she said.

Peters recently saw a patient whose diabetes was triggered by COVID-19, a finding supported by one recent study.

Going into the hospital with any viral illness can trigger a spike in blood sugar, whether someone has diabetes or not. Some medications used to treat serious cases of COVID-19 can “shoot your sugars up,” Peters said.

In patients who catch COVID-19 but aren’t hospitalized, Peters said, she often has to reduce their insulin to compensate for the fact that they aren’t eating as much.

Low income seems to be a risk factor for a bad case of COVID-19, even independent of age, weight, blood pressure and blood sugar levels, Smeeth said. “We see strong links with poverty.”

Some of that is driven by occupational risks, with poorer people unable to work from home or avoid high-risk jobs. Some is related to housing conditions and crowding into apartments to save money. And some, may be related to underlying health conditions.

But the connection, he said, is unmistakable.

Peters recently watched a longtime friend lose her husband. Age 60 and diabetic, he was laid off due to COVID, which cost him his health insurance. He developed a foot ulcer that he couldn’t afford to treat. He ignored it until he couldn’t stand anymore and then went to the hospital.

After surgery, he was released to a rehabilitation facility where he contracted COVID. He was transferred back to the hospital, where he died four days later.

“He died, not because of COVID and not because of diabetes, but because he didn’t have access to health care when he needed it to prevent that whole process from happening,” Peters said, adding that he couldn’t see his family in his final days and died alone. “It just breaks your heart.”

Now is a great time to improve diabetes control, Peters added. With many restaurants and most bars closed, people can have more control over what they eat. No commuting leaves more time for exercise.

That’s what David Miller has managed to do. Miller, 65, of Austin, Texas, said he has stepped up his exercise routine, walking for 40 minutes four mornings a week at a nearby high school track. It’s cool enough at that hour, and the track’s not crowded, said Miller, an insurance agent, who has been able to work from home during the pandemic. “That’s more consistent exercise than I’ve ever done.”

His blood sugar is still not where he wants it to be, he said, but his new fitness routine has helped him lose a little weight and bring his blood sugar under better control. Eating less remains a challenge. “I’m one of those middle-aged guys who’s gotten into the habit of eating for two,” he said. “That can be a hard habit to shake.”

Miller said he isn’t too worried about getting COVID-19.

“I’ve tried to limit my exposure within reason,” he said, noting that he wears a mask when he can in public. “I honestly don’t feel particularly more vulnerable than anybody else.”

Smeeth, the British epidemiologist, said even though they’re at higher risk for bad outcomes, people with diabetes should know that they’re not helpless.

“The traditional public health messages – don’t be overweight, give up smoking, keep active  – are still valid for COVID,” he said. Plus, people with diabetes should prioritize getting a flu vaccine this fall, he said, to avoid compounding their risk.

(For more practical recommendations for those living with diabetes during the pandemic, go to coronavirusdiabetes.org.)

In Los Angeles, Peters said, the county has made access to diabetes medication much easier for people with low incomes. They can now get three months of medication, instead of only one. “We refill everybody’s medicine that we can to make sure people have the tools,” she said, adding that diabetes advocates are also doing what they can to help people get health insurance.

Controlling blood sugar will help everyone, not just those with diabetes, Peters said. Someone hospitalized with uncontrolled blood sugar takes up a bed that could otherwise be used for a COVID-19 patient.

Brown, of the American Diabetes Association, has been advocating for those measures on a national level, as well as ramping up testing in low-income communities. Right now, most testing centers are in wealthier neighborhoods, she said, and many are drive-thrus, assuming that everyone who needs testing has a car.

Her organization is also lobbying for continuity of health insurance coverage if someone with diabetes loses their job, as well as legislation to remove co-pays for diabetes medication.

“The last thing we want to have happen is that during this economically challenged time, people start rationing or skipping their doses of insulin or other prescription drugs,” Brown said. That leads to unmanaged diabetes and complications like ulcers and amputations. “Diabetes is one of those diseases where you can control it. You shouldn’t have to suffer and you shouldn’t have to die.”