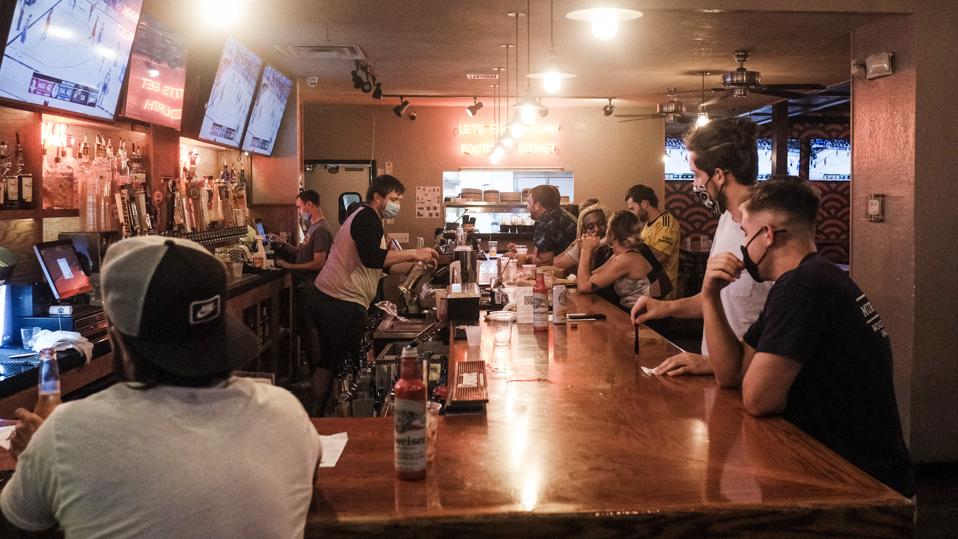 Some 69% of Americans believe that state governments have eased restrictions too soon amid the Covid-19 pandemic, as opposed to opening too slowly, according to a new Pew Research study published on Thursday, as the U.S. grapples with a still-uncontrolled outbreak of the coronavirus.

While the Trump administration pushed for states to lift stay-at-home orders throughout the spring to help the battered economy, governors are now being forced to pause or restore some restrictions after a surge in cases this summer.

Around seven-in-ten people believe the most effective way to help economic recovery is to significantly reduce infections across the country, according to the study, and while Trump continues his argument that the U.S. leads the world in cases due to an increase in testing, 60% of Americans believe it’s primarily due to more new infections.

A majority of Democrats and Republicans believe the main reason the outbreak in the U.S. has continued is due to the lack of social distancing and mask wearing, while 58% of adults surveyed believe it’s due to early lifting of restrictions.

A number of wealthy nations that experienced severe outbreaks early in the pandemic have exited their first waves and have less cases than states like California and Florida, with 62% of Americans believing the U.S. response to the coronavirus trails other affluent countries.

The survey comes as the Trump administration continues to pressure Democratic-led states to ease restrictions and demand schools reopen for in-person instruction, even threatening to withhold federal funding if they don’t.

Dr. Anthony Fauci, the government’s lead infectious disease expert, commented on the rise of infections across the nation: “In the attempt to reopen in some situations states did not abide strictly by the guidelines that the task force and the White House has put out. And others that even did abide by it, the people in the state actually were congregating in crowds and not wearing masks.”

While initial hotspots like New York and New Jersey were able to lower the infection rate throughout the spring, cases began exploding in southern and western states before the country as a whole could exit the first wave of its outbreak. Cases are now trending down after a record high of 74,818 on July 24, according to the Centers for Disease Control and Prevention, though deaths have been over 1,000 daily the past week and there are still tens of thousands of cases each day. The U.S. leads all other countries in cases with 4.87 million, as well as reported deaths with 159,864.