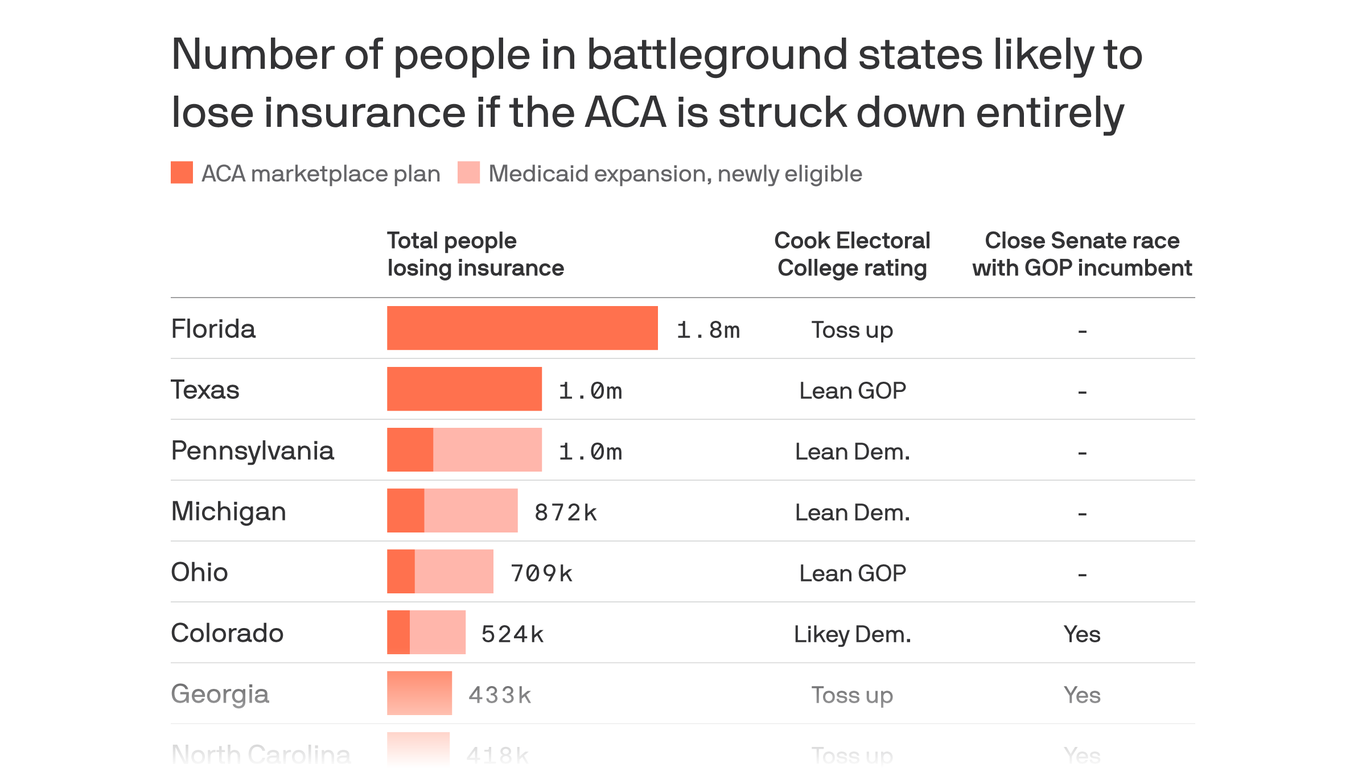 The sudden uncertainty surrounding the future of the Affordable Care Act could be an enormous political liability for Republicans in key states come November.

Between the lines: Millions of people in crucial presidential and Senate battlegrounds would lose their health care coverage if the Supreme Court strikes down the law, as the Trump administration is urging it to.

The chart above shows the number of people enrolled in the ACA’s insurance marketplaces or covered through its Medicaid expansion.

The big picture: Republicans paid a steep electoral price for trying to repeal parts of the ACA in 2017. Republicans’ lawsuit against the health care law, if it succeeds, would boot even more people off of their coverage and undo even more of the ACA’s regulations.

What to watch: Several vulnerable Republicans, including Sens. Susan Collins, Martha McSally, and Cory Gardner, represent purple states that expanded Medicaid and would therefore see steep coverage losses. And the broader fight over the Supreme Court has made it impossible to ignore those stakes.