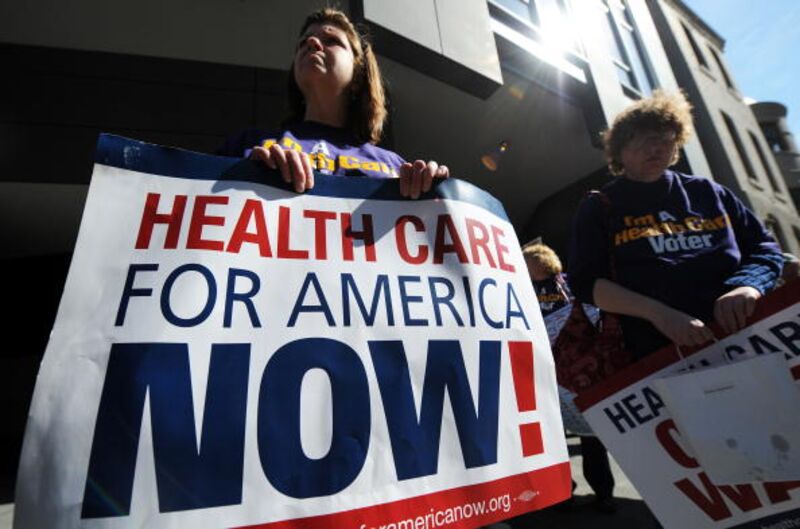 America’s health-care debate is entering a new phase. Liberals, inspired by self-described socialists such as Senator Bernie Sanders and Representative-to-be Alexandria Ocasio-Cortez, are excited about the possibility of “Medicare for All.” Republicans have at the same time largely abandoned efforts to enact major reforms of health care.

This new phase of the debate is full of opportunity for Republicans, and peril for conservatives.

But perhaps it would be better to say that the debate is reverting to an older pattern. For roughly four decades, liberals have highlighted the flaws of the existing health-care system, chiefly high costs and unequal access, and proposed increased governmental involvement as the solution. Conservatives talked up the dangers of bigger government, chiefly even higher costs and the disruption of existing arrangements, and reminded voters of the virtues of the status quo.

Most of the time, health care has been a back-burner issue, and discontent with the system has been a modest source of political strength for liberals. When health care has become a dominant issue, however, public fear of disruption has helped conservatives. From 2009 through 2016, Republicans were able to exploit public unhappiness with the changes that Obamacare first threatened to make and then did make.

Both times the public’s fear of change was turned against Republican politicians, who did not like the pressure one bit. Most of them are relieved to have dropped their party’s Obamacare and Medicaid proposals. They are eager to settle into the familiar role of criticizing liberal health-care proposals.

There’s plenty to criticize. In polls, most people say they like their existing insurance policies — which may be a way for them to signal to politicians that they fear their meddling with those policies. The single-payer plans that are ascending among Democrats would by definition threaten most existing coverage.

These plans pose much bigger political risks than Obamacare did. Obamacare was carefully designed to insulate Democrats from charges that they were turning people’s coverage upside down.

In selling the legislation, President Barack Obama spent much of his time reassuring people that they could keep their doctors and their insurance plans if they liked them. The law mostly avoided changes to the employer-provided coverage through which most Americans get health care.

Yet Obamacare still provoked a backlash. That backlash was especially intense when, in the fall of 2013, it resulted in a significant number of plan cancellations. But many voters have also resented the narrower networks and higher premiums and deductibles that Obamacare has foisted on them.

As even more sweeping left-wing proposals move to the center of the debate, Republicans can reclaim the advantage of opposing disruption. But they may also again be saddled with the disadvantage of being associated with an unsatisfactory status quo.

They are in charge of Congress and the White House; they have been talking about reworking the health-care system for years; and they have succeeded in making significant changes, albeit much less ambitious ones than they sought. They have, for example, ended the fines on people without health insurance that were a major part of Obamacare. In addition, the Trump administration is in the process of liberalizing the rules for short-term insurance plans that do not have to comply with the regulations Obamacare imposes on most other plans.

The Republicans therefore have some, and growing, political ownership of the health-care system. The more they argue against left-wing proposals to change the system, the more ownership they will have.

For Republican politicians, defending even a flawed status quo is probably preferable to trying to impose disruptive changes to it. But if they adopt that position, it will mean that the only solutions on offer to popular concerns about health care will be left-wing ones.

It will mean, as well, that occasionally liberals will have enough political power to enact some, and maybe a lot, of their preferred changes to the system. We will move, that is, toward a health-care system with a larger and larger degree of governmental control even as Republicans make political gains by resisting that trend.

The new shape of the debate may be good news for Republican politicians, then, but it’s bad news for conservatives who favor limited government and free markets.

Podcast: ‘What The Health?’ Tax Bill Or Health Bill?

Republican efforts to alter the health law, left for dead in September, came roaring back to life this week as the Senate Finance Committee added a repeal of the “individual mandate” fines for not maintaining health insurance to their tax bill.

In this episode of “What the Health?” Julie Rovner of Kaiser Health News, Sarah Kliff of Vox.com, Joanne Kenen of Politico and Alice Ollstein of Talking Points Memo discuss the other health implications of the tax bill, as well as the current state of the Affordable Care Act.

Among the takeaways from this week’s podcast:

Plus, for “extra credit,” the panelists recommend their favorite health stories of the week they think you should read, too.