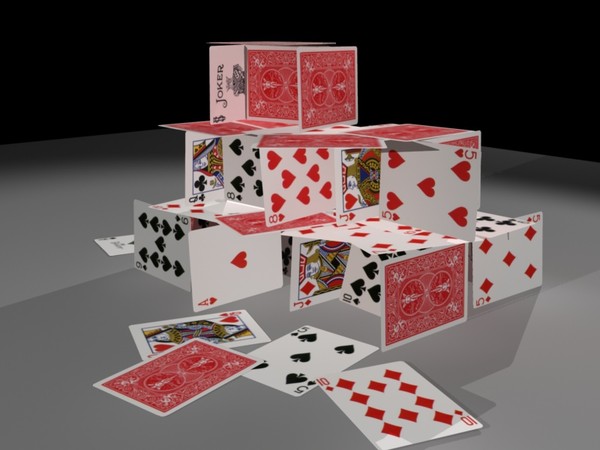 An ambitious plan to save troubled Verity Health System ended in bankruptcy. Hospital CEOs should see Verity as confirming a trend.

The recent bankruptcy announcement by Verity Health System should worry CEOs and boards at hospitals all over the country that share some of the same characteristics, because they could be the next to fall, one analyst says.

The financial troubles of Verity are part of a trend in healthcare, and the health system’s experience shows that the dramatic arrival of a savior with deep pockets doesn’t guarantee organizational health and stability.

Verity operates six nonprofit hospitals in California, and citing growing losses and debts for the facilities, it filed for bankruptcy. The hospitals will remain open during the bankruptcy, Verity said.

The bankruptcy filing is a public failure for biotech billionaire Patrick Soon-Shiong, MD, a physician and entrepreneur whose privately owned umbrella company NantWorks in 2017 acquired Integrity Healthcare, the company that manages the Verity health system. Soon-Shiong said at the time that his goal was to revitalize the hospitals and improve the care they provided to mostly lower-income neighborhoods.

Though a surgeon and entrepreneur, Soon-Shiong had never operated hospitals before, as reported by STAT. The Verity system’s woes apparently were more than he could fix, with more than $1 billion of debt from bonds and unfunded pension liabilities.

The Verity CEO said at the time Soon-Shiong entered the picture that the system also needed cash to make seismic repairs to aging facilities and also needed hundreds of millions of dollars’  worth of new equipment such as imaging machines and neonatal intensive care units.

Verity’s overall experience is part of a trend in U.S. hospitals, says Ilyse Homer, JD, a partner at the Berger Singerman law firm with experience in hospital bankruptcies.

“There are hospitals all over the country that are not dissimilar in what happened to Verity—large debt, an aging infrastructure, an inability to negotiate contracts,” Homer says. “They have trouble with maintaining pensions and that is very typical in filings in other districts. There are some commonalities throughout the industry, and I can’t say I’m surprised that Verity came to this.”

Nantworks provided more than $300 million in unsecured and secured loans and investments, the Los Angeles Times reported. The money went to operational costs, pension obligations, and capital improvements, and only a third of it was secured by property.

The management company deferred most of the $60 million in management fees Verity was expected to pay over the last year.

Some criticism has been directed at financial decisions by Soon-Shiong’s team, such as providing millions of dollars to health IT vendor Allscripts rather than spending that money on capital improvements. Soon-Shiong has a financial stake in Allscripts. Fully implementing a new Allscripts health IT system could cost from $20 million to more than $100 million, according to estimates from different sources, as reported by POLITICO.

Even without any questions over Soon-Shiong’s strategy, saving Verity would have been a tall order for any investor, Homer says. The challenges were so great that it might have been too late to simply infuse cash and hope for the best, she says.

Once a hospital or system becomes weak in so many areas, it is hard to recover and gain strength again, Homer says.

“What happened to Verity is happening, to some extent, to a significant number of hospitals in the country. They have costs that are rising faster than revenues, and they’re being downgraded by financial analysts,” Homer says. Moody’s recently downgraded the entire hospital sector to negative, which suggests that there could be more bankruptcy in the future, she says.

“I absolutely expect to see more of this down the road,” Homer says.

The healthcare industry, in general, is in flux and the insurance industry uncertainty plays a part in that, Homer says. Struggling hospitals and systems are looking for ways to survive and the siren song of a billionaire like Soon-Shiong can be irresistible.

“I think this case shows that while you will have individuals and groups that want to come in and save or fix these hospitals, particularly nonprofits, it’s not necessarily as easy as adding a flush of cash when you have all these other issues that aren’t going away,” Homer says.

Healthcare CEOs should look at Verity for lessons in how much financial pressures can mount up, Homer says.

“My hope would be that they are looking at these issues as early as possible – renegotiating contracts, upgrading systems, ensuring pensions are funded – before they get to a crisis point,” Homer says. “Clearly this case is a reminder that this can happen, this can be the end result for your hospital system. [CEOS] need to be cautious and act on these issues before they get so far that even a huge influx of cash won’t solve their problems.”

Moody’s Investors Service has issued a negative outlook on the nonprofit healthcare and hospital sector for 2019. The outlook reflects Moody’s expectation that operating cash flow in the sector will be flat or decline and bad debt will rise next year.

Moody’s said operating cash flow will either remain flat or decline by up to 1 percent in 2019. Performance will largely depend on how well hospitals manage expense growth, according to the credit rating agency.

Moody’s expects cost-cutting measures and lower increases in drug prices to cause expense growth to slow next year. However, the credit rating agency said expenses will still outpace revenues due to several factors, including the ongoing need for temporary nurses and continued recruitment of employed physicians.

The Republicans’ tax overhaul plan, which is expected to become law soon, will cause many healthcare organizations to reassess their debt levels.

The tax bill will limit the tax deduction companies take for the interest they pay on their debt to 30 percent of earnings before interest, taxes, depreciation and amortization. This change will put pressure on healthcare companies with heavy debt loads. In 2022, interest expense deductions would be further reduced, which could cause companies’ tax bills to increase further, according to The Wall Street Journal.

Franklin, Tenn.-based Community Health Systems and Dallas-based Tenet Healthcare, which carry about $14 billion and $15 billion of debt, respectively, could be negatively affected by the tax bill’s limit on interest expense deductions. On Tuesday, Tenet said it expects the change to lower its 2018 earnings forecast, according to the report.

In a report issued earlier this month, Moody’s Investors Service said many speculative-grade companies across several sectors, including healthcare, would be negatively affected if deductibility were limited. 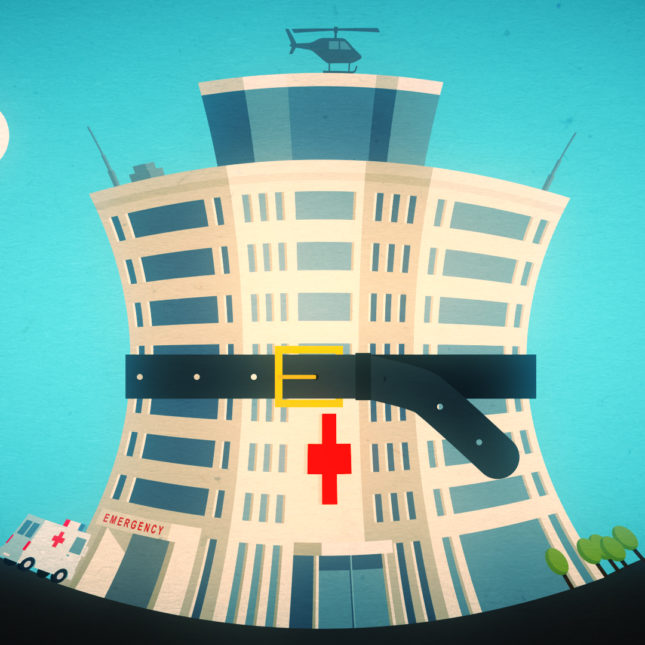 After years of cost containment, annual expense growth hit 7.2 percent in fiscal year 2016, which outpaced annual revenue growth of 6 percent. The expenses were fueled by several factors, including rising pension contributions and higher labor and pharmaceutical costs, according to Moody’s.

Ms. Wexler said total admissions at nonprofit and public hospitals grew in fiscal year 2016, but the growth rate slowed due to stabilization of the uninsured population.

The medians are based on an analysis of audited fiscal year 2016 financial statements for 323 freestanding hospitals, single-state health systems and multi-state healthcare systems, representing 81 percent of all Moody’s rated healthcare entities.