Doctors are generating a lot of revenue for hospitals — much more than those doctors receive in salary, according to a recent survey by physician staffing firm Merritt Hawkins.

Why it matters: It’s easy to see why hospitals view acquiring physician practices as a lucrative opportunity — which hospitals are doing at a rapid pace.

Go deeper: A recent survey by the American Medical Association found that for the first time ever, the U.S. has more physicians who work as employees than those who run their own practice.

The nation’s hospitals have been merging at a rapid pace for a decade, forming powerful organizations that influence nearly every health care decision consumers make.

The hospitals have argued that consolidation benefits consumers with cheaper prices from coordinated services and other savings.

But an analysis conducted for The New York Times shows the opposite to be true in many cases. The mergers have essentially banished competition and raised prices for hospital admissions in most cases, according to an examination of 25 metropolitan areas with the highest rate of consolidation from 2010 through 2013, a peak period for mergers.

The analysis showed that the price of an average hospital stay soared, with prices in most areas going up between 11 percent and 54 percent in the years afterward, according to researchers from the Nicholas C. Petris Center at the University of California, Berkeley.

The new research confirms growing skepticism among consumer health groups and lawmakers about the enormous clout of the hospital groups. While most political attention has focused on increased drug prices and the Affordable Care Act, state and federal officials are beginning to look more closely at how hospital mergers are affecting spiraling health care costs.

During the Obama years, the mergers received nearly universal approval from antitrust agencies, with the Federal Trade Commission moving to block only a small fraction of deals. State officials generally looked the other way.

President Trump issued an executive order last year calling for more competition, saying his administration would focus on “limiting excessive consolidation throughout the health care system.” In September, Congress asked the Medicare advisory board to study the trend.

But not only have big consolidations continued, the behemoths have further cemented their reach in some regions of the country by gobbling up major doctors’ and surgeons’ practices.

“You have to watch for these systems throwing their weight around,” said Xavier Becerra, the California attorney general whose office has sued Sutter Health, a sprawling system in the northern part of the state. “We are looking for cases where consolidation does nothing for efficiency and leads to distortions of the market.”

Ted Doolittle, who heads Connecticut’s Office of the Healthcare Advocate, has fielded angry complaints from residents, but he sees few options available to officials. “A lot of this is too little and too late,” he said.

The latest giant hospital consolidations continue to stir concerns. Dignity Health and Catholic Health Initiatives, two large chains, are expected to become one of the nation’s largest groups — with 139 hospitals in 28 states — by the end of the year. And two of Texas’ biggest systems, Baylor Scott & White Health and Memorial Hermann Health System, recently announced plans to combine.

The New Haven area has witnessed the most significant decline in competition. Yale New Haven Health, one of the largest hospital groups in Connecticut, took over the only competing hospital in the city and has also aggressively expanded along the state’s coast. The group recently added another hospital to its collection, merging Milford with its Bridgeport location.

Although the price of a hospital admission in the New Haven-Milford area was already three times higher than in other parts of the state, prices surged by 25 percent from 2012 to 2014, compared with 7 percent elsewhere in the state, according to the Petris Center.

Prices rise even more steeply when these large hospital systems buy doctors’ groups, according to Richard Scheffler, director of the Petris Center.

“It’s much more powerful when they already have a very large market share,” said Mr. Scheffler, who recently published a study on the issue in Health Affairs. “The impact is just enormous.”

Thousands of Connecticut residents were stranded without a local hospital last year when another big hospital group, Hartford HealthCare, battled the state’s biggest health insurer over how much it would charge for patient care.

Its six hospitals are clustered around the state capital and are the only resort for residents in broad swaths of the eastern part of the state. This month, it announced plans to add a seventh hospital to its network.

“These systems are empire-building, there’s no question,” said Jill Zorn, a senior policy officer for the Universal Health Care Foundation of Connecticut, which seeks to improve access for residents. “But to whose benefit?”

Numerous studies by economists and others have underscored how hospital consolidation is driving up the cost of medical care. “Within the academic community, there is near unanimity,” said Zack Cooper, a health economist at Yale University who is among a group of researchers that has looked at how dominant hospitals affect prices.

Some hospitals need a savior

The emergence of a one-hospital town is inevitable in many places, and the Parkersburg, W.Va., area is no exception. St. Joseph’s merged with neighboring Camden-Clark Memorial in 2011, and then they were consumed by what is now the state’s largest health system.

“We’ve got it down to a single campus,” said Albert L. Wright Jr., the chief executive of West Virginia University Health System. “Parkersburg is not big enough to support two hospitals.”

Residents can get most care locally but they go to Morgantown, where the academic medical center is situated, for complex conditions. “We’ve elevated the level of care,” Mr. Wright said.

But private insurers are paying more. In the Parkersburg-Vienna area, the overall price of a hospital stay increased 54 percent from 2012 to 2014, after the mergers. That is compared with 10 percent elsewhere in the state, according to the Petris Center.

Large systems “get paid better by some of the insurers,” Mr. Wright said.

Flailing hospitals often have little choice but to be acquired or go out of business, and a larger system can offer badly needed capital and management skills. “They can fix a hospital and benefit the community,” said Torrey McClary, a lawyer who specializes in mergers at King & Spalding.

When Yale New Haven Health took over the Hospital of Saint Raphael, a Catholic hospital six blocks away from its New Haven location, Saint Raphael was in danger of going under. Over the last six years, the system has invested more than $200 million in capital improvements at Saint Raphael, said its president Richard D’Aquila, including modernizing “everything behind the walls.”

Since its acquisition of 250 Las Vegas-area physicians in 2008, UnitedHealth Group has steadily expanded its physician workforce to shield itself from competitors and hospitals, according to a Bloomberg report.

To date, the health insurance giant’s physician arm, OptumCare, employs or is affiliated with about 30,000 physicians. If OptumCare completes its acquisition of Davita Medical Group, the insurer will tack on another 17,000 physicians to its ranks — making it one of the largest physician employers in America.

“This is obviously scaring the crap out of hospitals in many markets,” Chas Roades, CEO at consulting firm Gist Healthcare, told the publication. By controlling a greater number of physicians, Optum is not only buffering itself from competitors, but attempting to steer patients toward lower-priced care outside of the hospital.

In some cases, Bloomberg notes, UnitedHealth is directing members toward its acquired physicians. For example, UnitedHealth lists New West Physicians, a Denver-area group of 120 physicians that the insurer purchased last year, as a favored narrow-network plan for commercial members. Some members can see the physicians for 20 percent to 30 percent less in out-of-pocket expenses compared to physicians outside the network.

Andrew Hayek, a leader in UnitedHealth’s care delivery operation, told Bloomberg the company has “been slowly, steadily, methodically aligning and partnering with phenomenal medical groups who choose to join us.” In the future, OptumCare hopes to expand its 30-market operation to 75 markets, including the nation’s most populous states: California, Texas, Florida and New York.

Whether it’s hospital- or insurer-employed physicians, Ken Marlow, an attorney with Waller Lansden Dortch & Davis, told the publication, “The smartest participants in the system are the ones who are going to be able to provide quality care at the lowest cost setting. Whoever gets there first, and whoever is able to do that, I think will be the winner.”

Since hospital-employed doctors tend to perform services in an outpatient setting, the trend increases costs for Medicare and patients.

Since 2012, that’s a 100 percent increase in hospital-owned physician practices, indicating those medical groups may be struggling to maintain independence in a healthcare landscape that is increasingly geared toward larger, integrated systems.

That scenario increases costs for both Medicare and patients themselves, since hospital-employed physicians tend to perform services in a hospital outpatient setting. The researchers revealed higher costs for services such as colonoscopy and cardiac imaging.

Increased physician employment by hospitals, in fact, caused Medicare costs for four healthcare services to rise $3.1 billion between 2012 and 2015, with beneficiaries facing $411 million more in financial responsibility for these services than they would have if they were performed in independent physicians’ offices, the research showed.

From mid-2012 to mid-2016, the percentage of hospital-employed physicians increased by more than 63 percent, with increases in nearly every six-month time period measured over these four years. All regions of the country saw an increase in hospital-owned practices at every measured time period, with a range of total increase from 83 percent to 205 percent.

This trend, the authors said, shows government- and insurer-mandated payment policies favor larger health systems, creating a competitive disadvantage for independent physicians, many of whom are already struggling financially due to administrative and regulatory burdens. Independent physicians often find it prohibitively difficult to cut costs while maintaining clinical quality, and failure to maintain quality can result in federal reimbursement penalties.

PAI is examining these trends as part of an ongoing effort to better understand how physician employment and health care consolidation affects the practice of medicine and impacts patients. 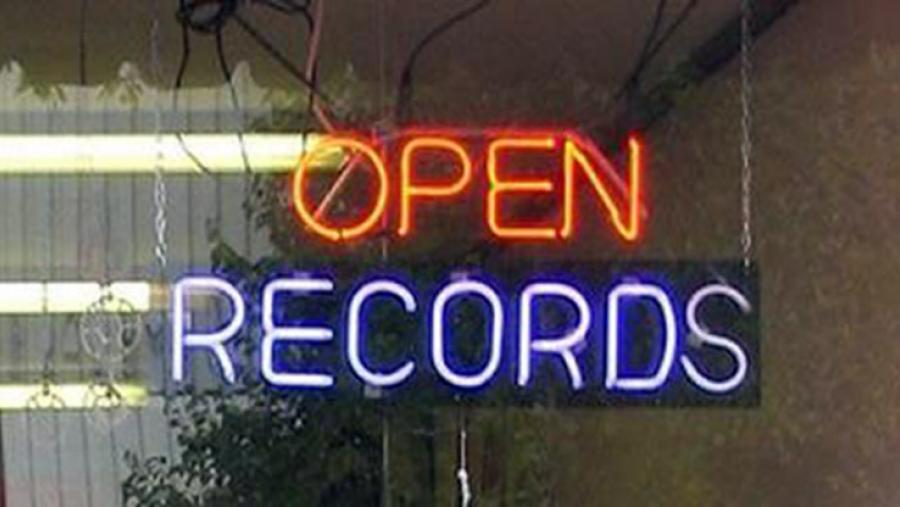 The lawsuit was brought by plaintiff E. Kendrick Smith, who sought records from Northside’s $100 million acquisition of four physician practices. When the hospital rejected his request, Mr. Smith sued.

The case concerns whether the nonprofit hospital should be subject to Georgia’s open-records law, Northside has argued is it not bound to the law because it’s a private nonprofit organization, not a public entity. The lower court rulings agreed with Northside’s stance arguing its financial records were not subject to disclosure.

Georgia Supreme Court justices opposed Nothside’s postion regarding the open record laws, but the court also rejected the plaintiff’s argument that all of the hospital’s financial records should be public. Instead, they remanded the dispute back to the lower court for further proceedings to determine which specific financial documents should be public record.

Attorney Peter Canfield, who represented Mr. Smith, argued Northside Hospital is subject to the open record laws because it was created by a public hospital authority, which is a public entity and the system operates on the authority’s behalf.

“The corporation’s operation of the hospital and other leased facilities is a service it performs on behalf of the [county’s] agency, and so records related to that operation are public records,” Georgia Supreme Court Justice Nels Peterson wrote in the ruling, according to the Atlanta Journal Constitution.