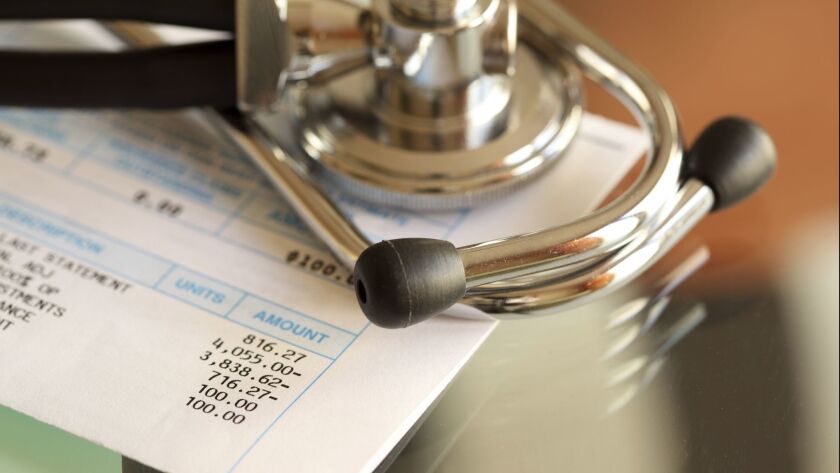 The idea of “Medicare for all” advanced another step with the recent release of Sen. Elizabeth Warren’s more detailed health proposal. It is expansive and bold, and has brought some excitement to the progressive core of the Democratic Party. While policy mavens can delight in the details, the enormity of the proposal is a sign that this debate has clearly gone off the rails.

There is no question that healthcare cost is a pocketbook challenge for all of us. Employer and employee premiums for private health insurance for a household now average $20,576, before deductibles and copayments, and before payroll and state and local taxes to pay for healthcare for the elderly and the poor.

National health expenditures increased 179% between 2000 and 2019 to $3.8 trillion, and 50% of this increase was directly due to increases in unit prices and service intensity by hospital systems and physicians. In the U.S., healthcare is 28% more expensive than the next highest cost system, Switzerland, and 78% more expensive than in Germany. For a primary care doctor in the U.S., submitting invoices to insurers and collecting payments costs almost $100,000 per year.

What we should be debating — instead of the politics around Medicare for all — is how this market evolved in such a malignant direction, and whether anything can be done to change these trends.

Hospital consolidation has been shown to drive up healthcare costs, and yet 90% of U.S. hospital markets are highly consolidated. Physician employment by hospitals and health systems has increased from 26% to 44% of the market from 2012 to 2018, increasing the pricing leverage of consolidated systems even further.

These changes directly result in higher prices for commercial health insurance as hospitals use their exaggerated hospital “charges,” often many multiples of their costs or of the market price, to drive up their reimbursement rates for in-network care and especially for out-of-network care, where there is no price negotiation. Further, even at most not-for-profit healthcare systems, hospital leaders are compensated based on the profits they generate, not premiums they reduce, as is the case with leaders of for-profit hospital systems.

The pharmaceutical market has also come under scrutiny for the enormous prices of newly approved medications, and for price increases of existing medicines such as insulin. Behind the scenes are layers of businesses that further exploit this market. For example, one pharmaceutical benefit manager (a company hired by a health plan or employer to oversee prescription drug benefits) reported profits of $1.8 billion in 2013 that rose to $4.5 billion in 2017 despite a 4% reduction in revenue reported over this period.

It’s easy to see that consumers need relief from this market. One might imagine that politicians from both political parties would band together in a search for actionable solutions. Yet the debate has migrated from a discussion of why costs are spiraling out of control to a simple and unrealistic answer — Medicare for all. Here are some ideas on how to frame a meaningful discussion about costs.

Reducing administrative costs has been a stated policy goal of the federal government since the passage of the Health Insurance Portability and Accountability Act (HIPAA) in 1996, yet these costs continue to increase. To reduce these costs, we have to simplify the complexity of the billing process for hospitals and physicians across the multiple different health plans in the market, and we need to transform the expensive set of public data reporting mandates into a model in which we are assured these data are used by providers internally to improve the quality of care they provide.

We need to rebalance negotiating power between hospitals and physicians and insurers. Hospitals and other providers have been allowed to set their list prices without any relationship to the cost of care they provide. These inflated prices are then imposed on out-of-network patients, most egregiously in the practice of surprise medical billing in which patients encounter deliberately out-of-network air ambulances and independent anesthesiologists. In billing disputes, state law should offer these patients a default of a market price closer to Medicare payments than to hospital charges.

Finally, it’s time to stop the practices that are driving up prescription drug costs for all of us. Secret payments between pharmaceutical manufacturers and pharmaceutical benefit managers and distributors totaled over $100 billion in 2016. This business model needlessly inflates drug prices for the benefit of intermediaries in the market. We need laws requiring price transparency at the pharmacy for brand and generic drugs, and price competition for medications at the retail level.

The problem with focusing on Medicare for all is that rather than developing practical approaches, the debate is heading down a path likely to leave us without any tenable solutions to address healthcare costs — the issue that ignited the public’s interest in the first place.