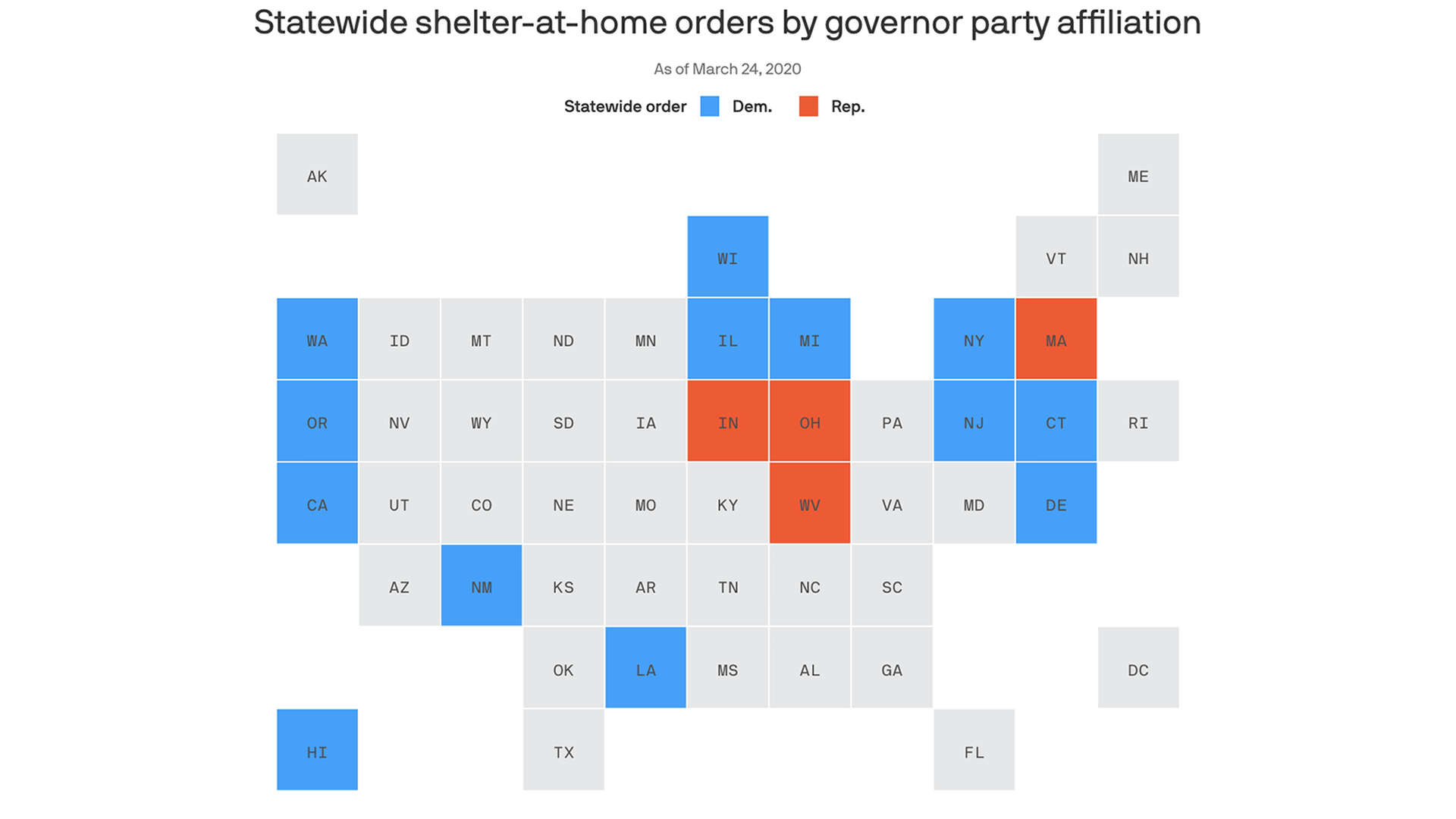 If President Trump follows through on his statements that he wants to “open” the U.S. up again, an already patchwork shield of state “stay at home” orders could look like even more of a patchwork, Axios’ David Nather reports.

The big picture: Just 17 states have ordered people to stay at home, and most of those are states with Democratic governors. Only Ohio, Indiana, Massachusetts and West Virginia have Republican governors.

Between the lines: Some Republican governors, like Greg Abbott of Texas, have resisted calls to issue statewide stay-at-home orders, leaving it to cities and counties to issue their own restrictions.

The bottom line: The “mitigation strategy” of social distancing urged by health experts has been uneven throughout the U.S. — and it’s likely to get more uneven.