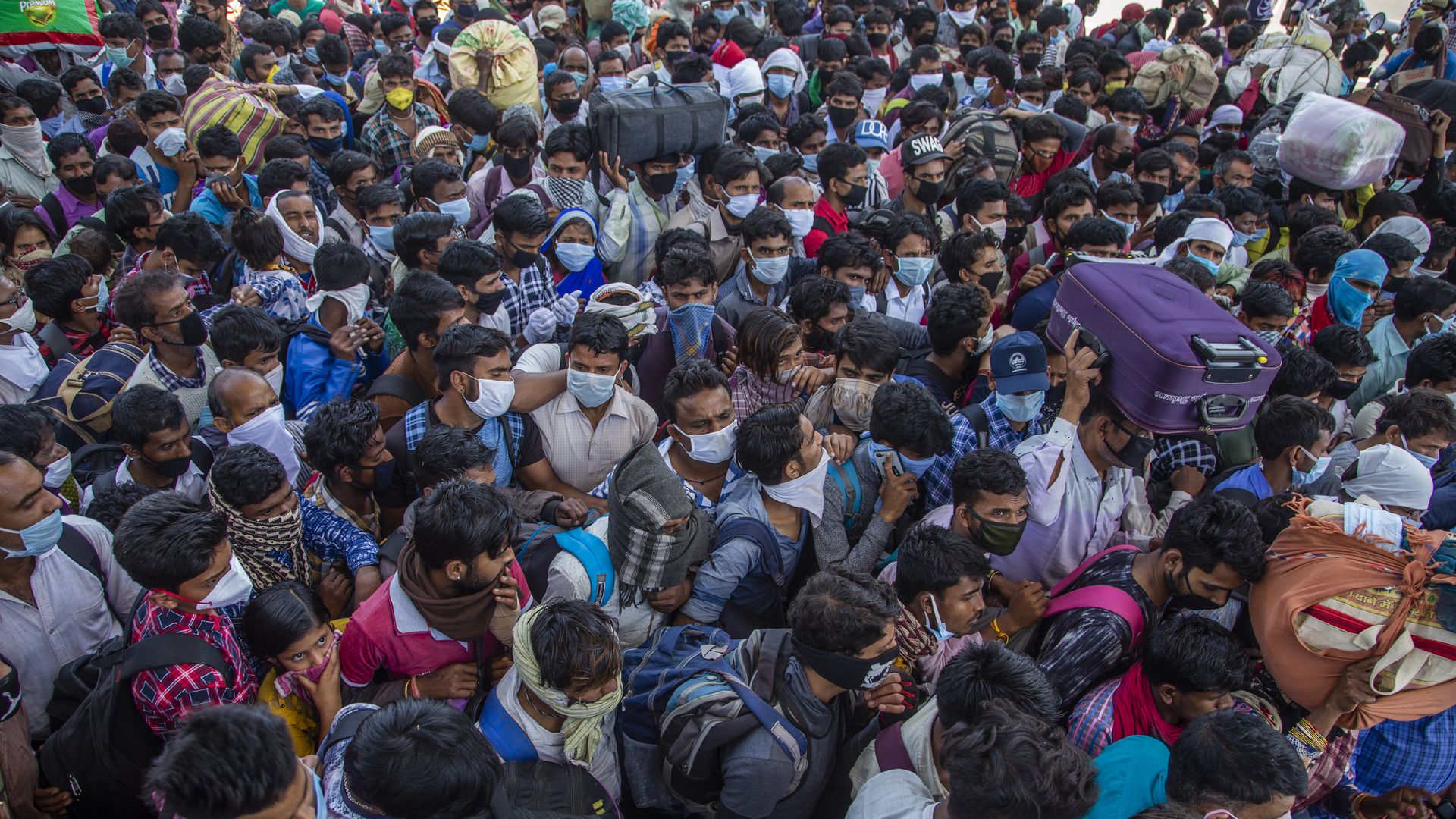 India opened up restaurants, shopping malls and places of worship today even as it recorded a record-high 9,971 new coronavirus cases, the third-most worldwide behind Brazil and the U.S.

Why it matters: Lockdowns are being lifted in South Asia — home to one-quarter of the world’s population — not because countries are winning the battle against COVID-19, but because they simply can’t sustain them any longer.

Flashback: For a time, South Asia was cited as a source of optimism because relatively few cases and deaths were being recorded despite large, dense populations.

Limited testing means South Asia’s outbreaks could actually be far more severe. India, for example, is testing at one-twentieth the rate of the U.S.

Bhramar Mukherjee, a professor at the University of Michigan who has been modeling India’s outbreak, tells Axios that while some states have hit initial peaks, she doesn’t expect a national peak until late July or August.

Zoom in: Mumbai has launched an app to help people locate hospitals with empty beds, but such is the scarcity that they’re often full by the time patients arrive, WSJ reports. Some die without ever receiving treatment.

The coronavirus likely arrived in Mumbai with wealthy people returning from abroad, before spreading among poorer people and to slums where social distancing is hardly an option.

The bottom line: South Asian governments attempted to balance health and hunger, knowing they could only shut down their largely informal economies for so long.