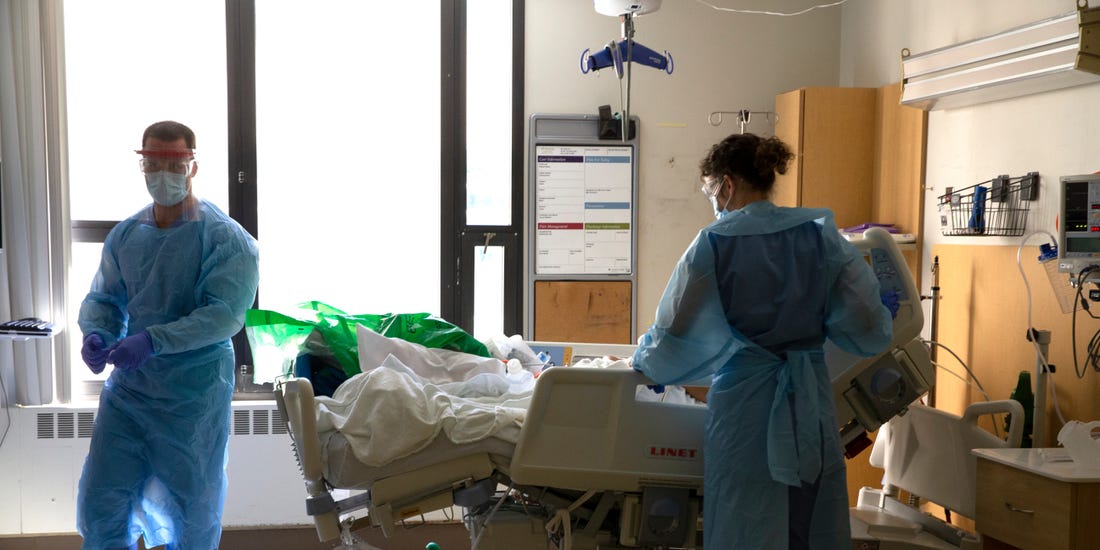 A 70-year-old man in Seattle, Washington, was hit with a $1.1 million 181-page long hospital bill following his more than two-month stay in a local hospital while he was treated for — and nearly died from — COVID-19.

He added: “I feel guilty about surviving. There’s a sense of ‘why me?’ Why did I deserve all this? Looking at the incredible cost of it all definitely adds to that survivor’s guilt.”

According to the report, Flor will not have to pay for the majority of the charges because he has Medicare, which will foot the cost of most if not all of his COVID-19 treatment. The 70-year-old spent 62 days in the Swedish Medical Center in Issaquah, Washington, 42 days of which he spent isolated in the Intensive Care Unit (ICU).

Of the more than one month he spent in a sealed-off room in the ICU, Flor spent 29 days on a ventilator. According to the Seattle Times, a nurse on one occasion even helped him call his loved ones to say his final goodbyes, as he believed he was close to death from the virus.

In total, there are approximately 3,000 itemized charges on Flor’s bill — about 50 charges for each day of his hospital stay, according to The Seattle Times. Flor will have to pay for little of the charges — including his Medicare Advantage policy’s $6,000 out-of-pocket charges — due to $100 billion set aside by Congress to help hospitals and insurance companies offset the costs of COVID-19.

Flor is recovering in his home in West Seattle, according to the report.