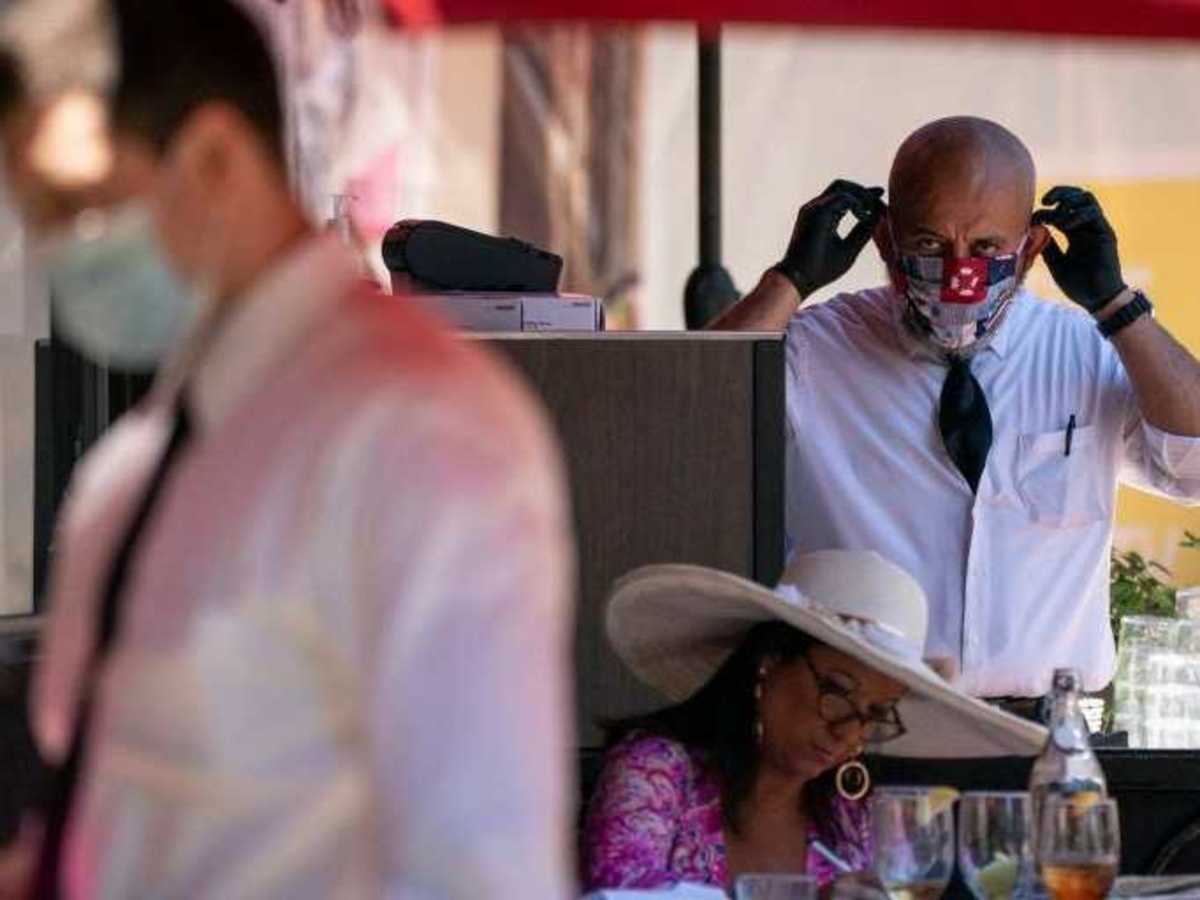 Dr. Michael Osterholm, the director of the Center for Infectious Disease Research and Prevention, said Sunday that the US is in an “unsure moment” as states reopen and new cases emerge.

“We have to be humble and say we’re in an unsure moment,” Osterholm said on “Fox News Sunday,” adding that states across the country are in varied stages of the pandemic as 22 have recorded an increase in coronavirus cases, eight in plateaus, and 21 with decreasing cases.

Osterholm was speaking as states have been reopening businesses for weeks, Americans flocked to warm weather, and widespread protests drew people to the streets in cities across the country. The first few weeks of June have seen sharp rises in new cases and hospitalizations.

The US hit a grim milestone two weeks into June as it marked more than 2 million infected and 115,000 dead from the virus. Centers for Disease Control and Prevention predicted on June 12 that the US coronavirus death toll could increase to 130,000 by July 4.

“About 5% of the US population has been infected to date with the virus, this virus is not going to rest until it gets to about 60% or 70%,” Osterholm said. “When I say rest, I mean just slow down, so one way or another we’re going to see a lot of additional cases.”

The expert told host Chris Wallace that the increase cannot only be attributed to increasingly available testing, and it’s too early to tell if protests have been a source of widespread infections, but early data suggests not.

“These next weeks, the two weeks are going to be the telling time, we just don’t know,” he said. “We’re not driving this tiger, we’re riding it.”

“My biggest concern is if cases start to disappear across the country, suggesting we are in a trough” that would lead to a second wave of the virus, Osterholm said.

Dr. Anthony Fauci has recently downplayed concerns that the recent rise in cases of the novel coronavirus in the US doesn’t a “second spike” of infections, and a seasonal resurgence was “not inevitable.”

Though Fauci told CNN on June 12 that indicators like hospitalizations could still spell concern for officials, increased testing and CDC capabilities could counter a possible resurgence in cases.