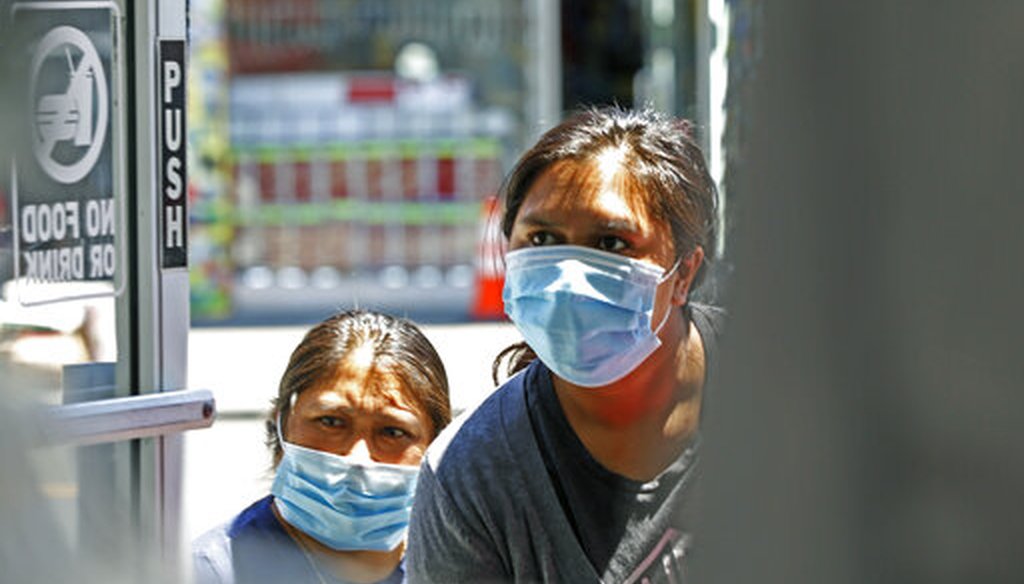 • Since April, the numbers of new cases and deaths from the coronavirus have been falling nationally, although the number of cases ticked slightly upward in the first week of June, a few weeks after many states ended their stay-at-home orders.

• The spread of the virus has varied significantly from state to state. Some states, especially those with longer-lasting stay-at-home orders, have seen cases fall since April. Others, including many that ended their closures earlier, have seen increases.

• Scientists expect to see a rise in coronavirus cases in the coming weeks due to continued reopenings and the racial justice protests. However, it’s unclear how large those increases will be.

With most states reopening for business after shutting down for the novel coronavirus, some states are seeing an increase in infections. And with protest marches bringing together large numbers of people, some scientists worry that infections could rise further.

However, scientists say that there’s lots of uncertainty about whether, and how much, the coronavirus will spread following the lifting of stay-at-home orders and the emergence of protest marches for racial justice.

We looked at the most recent data and interviewed several researchers to explain what we’re seeing already, and what might happen in the future.

What are the overall trends for coronavirus cases and deaths?

Nationally, both cases and deaths have generally been falling since April, although cases saw a small uptick in early June.

Here’s a chart showing the number of new coronavirus cases confirmed each day since the outbreak began in late February. The blue bars show the number of new cases per day, while the orange line shows the seven-day rolling average, which smooths out technical differences in the daily reporting.

The pattern for coronavirus deaths has been similar, with a fairly consistent decline since mid-April.
Researchers said the spring stay-at-home orders are likely the main reason for the declining trend.

“The social distancing that resulted from the closures slowed cases,” said Tara C. Smith, a professor of epidemiology at Kent State University.

Smith cited a recent study that estimated that the shutdowns prevented an additional 4.8 million confirmed coronavirus cases in the U.S., and about 60 million infections in all. (The 60 million figure includes people who didn’t know they were infected and did not confirm their infection with a test.) So far, there have been roughly 2 million confirmed coronavirus cases.

The decline in cases has been driven by significant improvements in the hardest-hit area: the tri-state region of New York, New Jersey and Connecticut. Each of those states has seen the number of new cases decline consistently since April, as can be seen in this chart:

How has the timing of reopenings affected new-case patterns?

The national numbers mask considerable differences among the states in new caseloads.

Here’s a chart showing the patterns for Pennsylvania, Illinois, Ohio, Michigan and Virginia, all of which have seen declines in new cases in recent weeks:

But other states have seen increases in recent weeks. Here’s a look at the upward trends in California, Texas, Florida, Georgia, North Carolina and Arizona:

One notable difference between the states with rising and falling numbers of new cases is the date they lifted their stay-at-home orders.

Almost every state in our chart that’s seeing rising numbers of new cases reopened between April 30 and May 22. (The one exception is California, which is a mystery to the experts we asked.)

By contrast, the states in our charts with falling numbers of new cases opened no earlier than May 28.

Experts said there are too many variables to conclude that reopening will inevitably produce rising new case counts. For instance, the virus’ spread may be proceeding differently in urban areas than in the rest of the state, something that the state-level data wouldn’t capture.

Also, the data we used are not adjusted for the number of tests being conducted. The more tests that are done, the more positive cases will be found, everything else being equal.

That said, if there is a connection between reopening and a rise in new cases, the states that delayed their openings may see their new case loads rise in the coming weeks.

“Until we have a vaccine for prevention, our ‘people’ interventions are what stand between us and the virus spreading,” said Nicole Gatto, an associate professor in the School of Community and Global Health at Claremont Graduate University. “Reopening efforts and mixing of people again will reintroduce the potential for viral transmission.”

What impact could the recent protest marches have on the virus’ spread?

For now, the impact of the protests on new caseloads is not showing up in the data. Any impact would become evident only in the next few weeks, as participants get tested and the results are tabulated.

Some aspects of the protests could promote the spread, experts said.

“The protests have ingredients which we have been making efforts to avoid these last three months: large gatherings of people in close proximity to each other not always wearing protective face coverings,” Gatto said. “Add in tear gas, and the recipe becomes worse.”

People who were arrested at protests and had to spend time in jail could also be at higher risk for infection, scientists said.

The best-case scenario, scientists said, is that the marches’ outdoor locations and the precautions taken by participants will cut down on the spread.

“Outdoor gatherings may present less transmission risk, especially when everyone is wearing a mask,” said Forrest W. Crawford, a biostatistician at Yale University.

While emphasizing the uncertainties, Smith said she was surprised by the relatively modest impact of the state reopenings on the virus’ spread so far. So there may be reason for cautious optimism.

“I’m expecting cases to grow over the next two weeks, but it’s really tough to say if it will be a spike or a less dramatic increase,” she said.