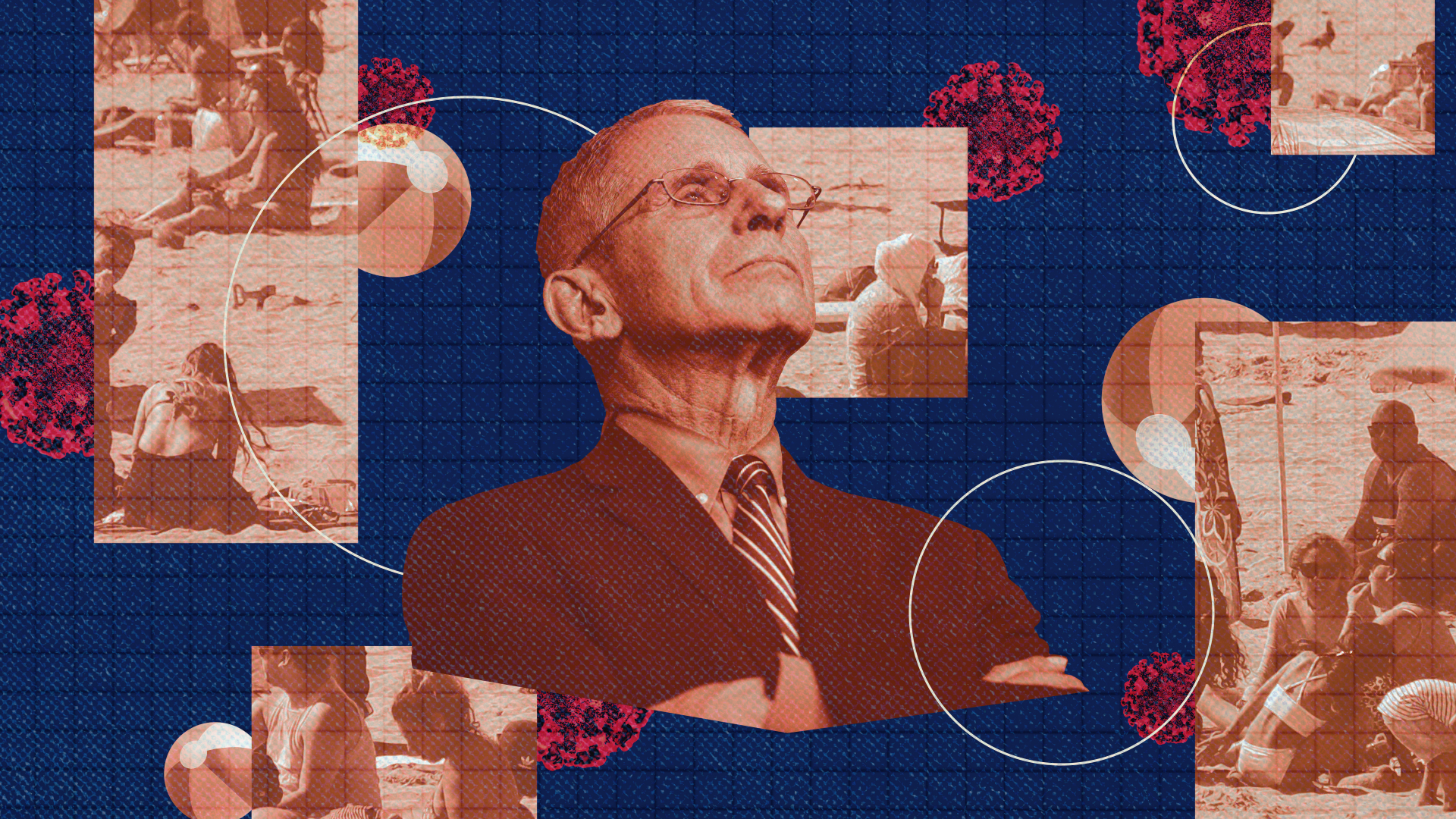 As coronavirus cases surge in states across the South and West of the United States, health experts in countries with falling case numbers are watching with a growing sense of alarm and disbelief, with many wondering why virus-stricken U.S. states continue to reopen and why the advice of scientists is often ignored.

“It really does feel like the U.S. has given up,” said Siouxsie Wiles, an infectious-diseases specialist at the University of Auckland in New Zealand — a country that has confirmed only three new cases over the last three weeks and where citizens have now largely returned to their pre-coronavirus routines.

“I can’t imagine what it must be like having to go to work knowing it’s unsafe,” Wiles said of the U.S.-wide economic reopening. “It’s hard to see how this ends. There are just going to be more and more people infected, and more and more deaths. It’s heartbreaking.”

China’s actions over the past week stand in stark contrast to those of the United States. In the wake of a new cluster of more than 150 new cases that emerged in Beijing, authorities sealed off neighborhoods, launched a mass testing campaign and imposed travel restrictions.

Meanwhile, President Trump maintains that the United States will not shut down a second time, although a surge in cases has convinced governors in some states, including Arizona, to walk back their opposition to mandatory face coverings in public.

Commentators and experts in Europe, where cases have continued to decline, voiced concerns over the state of the U.S. response. A headline on the website of Germany’s public broadcaster read: “Has the U.S. given up its fight against coronavirus?” Switzerland’s conservative Neue Zürcher Zeitung newspaper concluded, “U.S. increasingly accepts rising covid-19 numbers.” “The only thing one can say with certainty: There’s nothing surprising about this development,” a journalist wrote in the paper, referring to crowded U.S. beaches and pools during Memorial Day weekend in May.

Some European health experts fear that the rising U.S. caseloads are rooted in a White House response that has at times deviated from the conclusions of leading scientists.

“Many scientists appeared to have reached an adequate assessment of the situation early on [in the United States], but this didn’t translate into a political action plan,” said Thomas Gerlinger, a professor of health sciences at the University of Bielefeld in Germany. For instance, it took a long time for the United States to ramp up testing capacity.

Whereas the U.S. response to the crisis has at times appeared disconnected from American scientists’ publicly available findings, U.S. researchers’ conclusions informed the actions of foreign governments.

Lauterbach cited in particular the work of Marc Lipsitch, a professor of epidemiology at Harvard University, whose research with colleagues recently suggested that forms of social distancing may have to remain in place into 2022. Lipsitch’s work, Lauterbach said, helped him to convince German Vice Chancellor Olaf Scholz that the pandemic will be “the new normal” for the time being, and it impacted German officials’ thinking on how long their strategy should be in place.

Regarding the effectiveness of face masks, Lauterbach added, “we almost entirely relied on U.S. studies.” Germany was among the first major European countries to make face masks mandatory on public transport and in supermarkets.

Lipsitch said Thursday that he was not previously aware of the impact of his research on German decision-making, but added that he has spoken to representatives of several other foreign governments in recent weeks, including Israeli Prime Minister Benjamin Netanyahu and officials or advisers from Canada, New Zealand and South Korea.

Even though Lipsitch cautioned it was impossible for him to say how or if his conversations influenced foreign governments’ thinking, he credited the overall European response as “science-based and a sincere effort to find out what experts in the field believe is a range of possible scenarios and consequences of decisions.”

Lipsitch said he presented some of his research to a White House group in the early stages of the U.S. outbreak but said the Trump administration’s response to the pandemic did not reflect his conclusions. “I think they have cherry-picked models that at each point looked the most rosy, and fundamentally not engaged with the magnitude of the problem,” he said.

The White House has defended its approach as science-based. After a study by Imperial College London predicted 510,000 deaths in Britain and 2.2 million in the United States if the pandemic remained fully uncontrolled, for instance, the Trump administration indicated that it was taking the research into account.

“If we didn’t act quickly and smartly, we would have had, in my opinion and in the opinion of others, anywhere from 10 to 20 and maybe even 25 times the number of deaths,” Trump said two months later,

But European researchers dispute that the U.S. government’s reliance on scientists to inform decision-making comes anywhere near the degree to which many European policymakers have relied on researchers.

After consulting U.S. research and German studies, for instance, German leaders agreed to make reopening dependent on case numbers, meaning restrictions snap back or reopening gets put on hold if the case numbers in a given region exceed a certain threshold.

“I don’t understand that logic,” said Reinhard Busse, a health management professor a the Technical University of Berlin.

Lauterbach said that while most Germans disapproved of Trump before the pandemic, even his staunchest critics in Germany were surprised by how even respected U.S. institutions including the Centers for Disease Control and Prevention (CDC) struggled to respond to the crisis.

The CDC, for instance, initially botched the rollout of test kits in the early stages of the outbreak.

“Like many other aspects of our country, the CDC’s ability to function well is being severely handicapped by the interference coming from the White House,” said Harvard epidemiologist Lipsitch. “All of us in public health very much hope that this is not a permanent condition of the CDC.”

Some observers fear the damage will be difficult to reverse. “I’ve always thought of the CDC as a reliable and trusted source of information,” said Wiles, the New Zealand specialist. “Not anymore.”