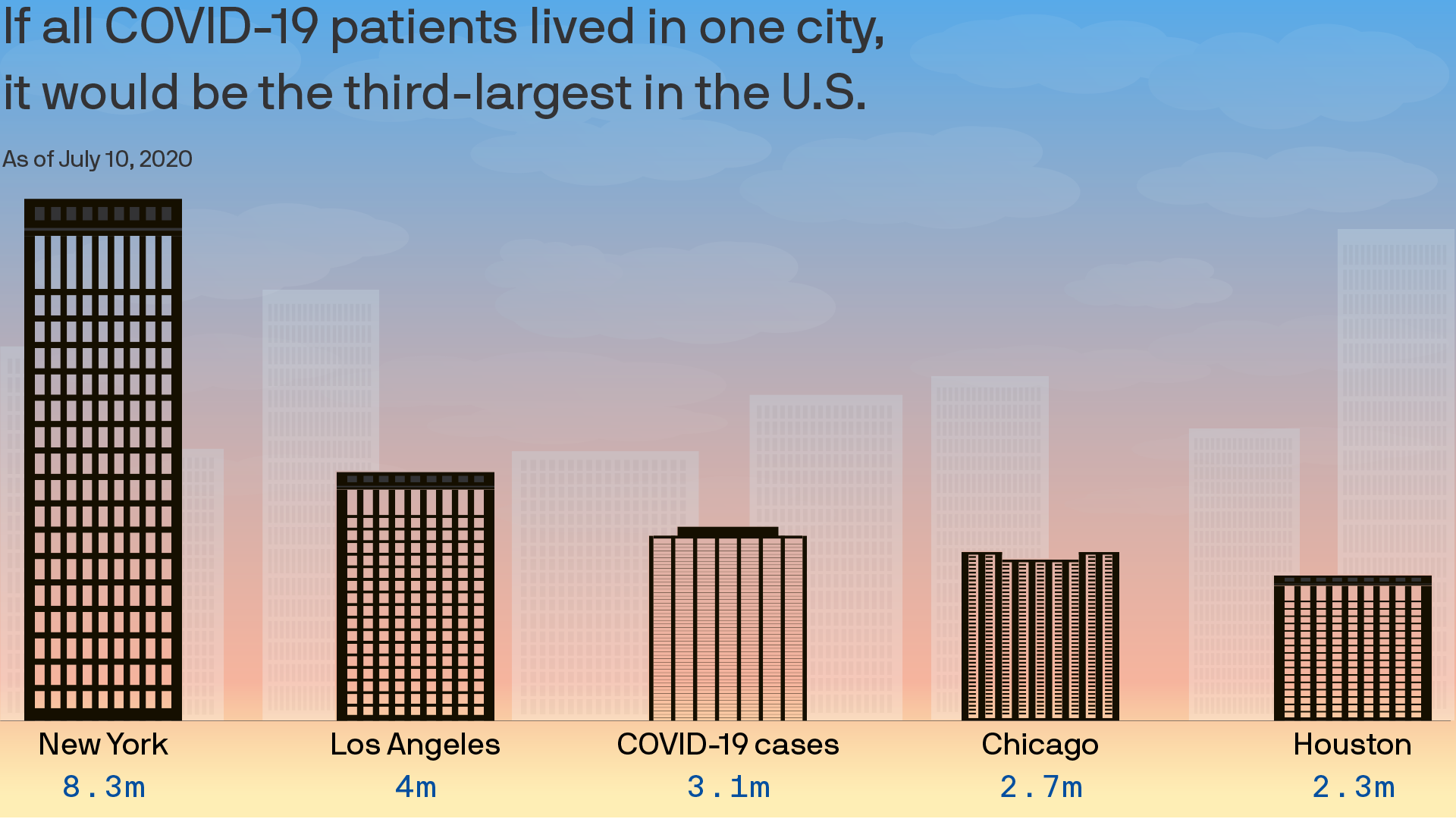 By any standard, no matter how you look at it, the U.S. is losing its war against the coronavirus.

Why it matters: The pandemic is not an abstraction, and it is not something that’s simmering in the background. It is an ongoing emergency ravaging nearly the entire country, with a loss of life equivalent to a Sept. 11 every three days — for four months and counting.

The big picture: “The part that really baffles me is the complete lack of interest in doing anything to achieve the goals we all agree on,” said Ashish Jha, the director of the Global Health Institute at Harvard.

Seven times over the last two weeks, the U.S. has set a new record for the most cases in a single day. Cases are increasing in 33 states, and several of those states are seeing such staggering increases that they may soon overwhelm their hospitals.

Yes, but: Public health experts say they’re optimistic that we’ll get our act together.

It’s true — and it’s good — that the percentage of all coronavirus patients who die seems to be falling. And experts hope that will hold, as the pool of infected people is skewing younger.

What’s next: The optimistic view is that the pandemic just had to get worse before it gets better — that people outside of the New York region may not have taken it seriously enough in the early days when it was concentrated there, but that they will now.

The bottom line: “I think there’s a lot we can still do to turn around, and i’m still hopeful we are going to get more leadership to fight this thing,” Jha said. “I think we’re going to have to relearn the lessons of March and April and New York, without the ability to say, ‘Oh that was just New York.’ “It’s going to be a painful summer.”