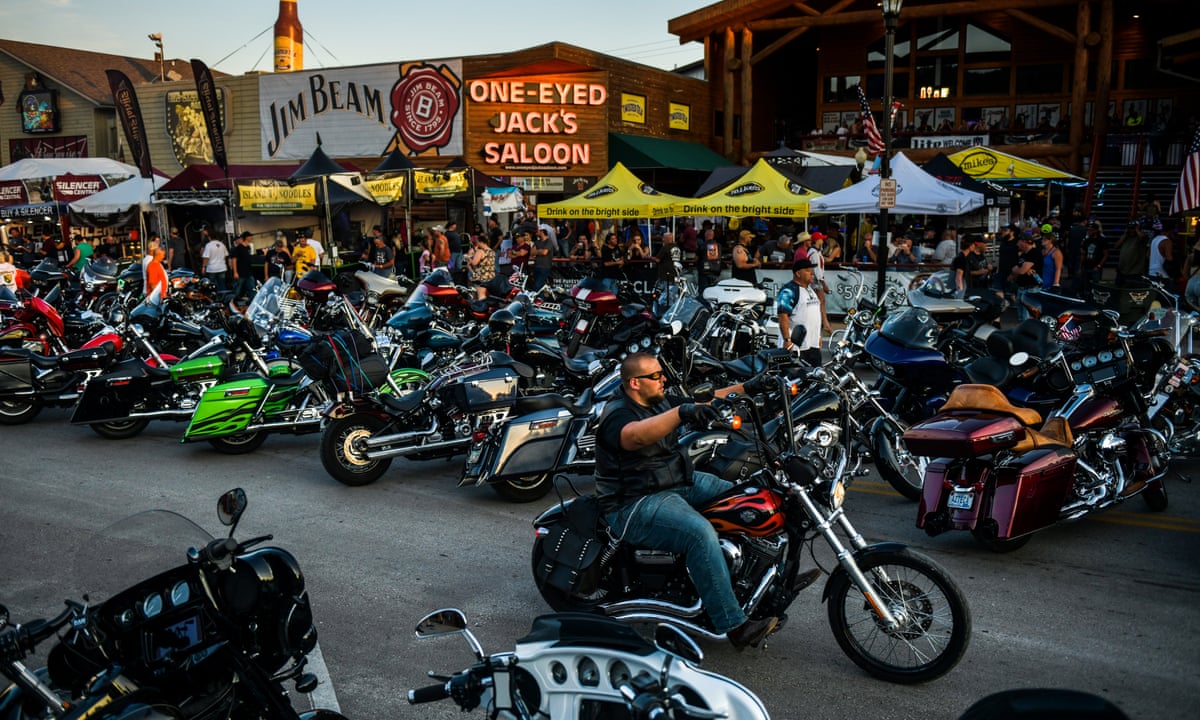 Tens of thousands of motorcyclists roared into the western South Dakota community on Friday, lining Main Street from end to end, for the start of the annual Sturgis Motorcycle Rally.

Tens of thousands of motorcyclists roared into the western South Dakota community of Sturgis on Friday, lining Main Street from end to end, for the start of an annual rally that kicked off despite objections from residents and with little regard for a public health emergency ravaging the world.

It could have been any other past summer rally in Sturgis, with herds of R.V.s, bikers and classic cars converging for the Sturgis Motorcycle Rally, a 10-day affair that was expected to attract roughly 250,000 enthusiasts this year — about half the number who attended last year but a figure that puts it on track to be among the country’s largest public gatherings since the first coronavirus cases emerged in the spring.

Save for a few hard-to-spot hand-sanitizer stations, it could have been any other major festival in pre-pandemic times.

“Screw Covid I went to Sturgis,” read a black T-shirt amid a sea of Harley Davidson and Trump 2020 outfits sported by the throng of people walking along Main Street. Their gear did not include face masks, and social distancing guidelines were completely ignored.

South Dakota is among several states that did not put in place a lockdown, and state officials have not required residents to wear masks, giving attendees who rode in from outside the state fewer restrictions than they may have had back home.

Attendance on Friday was on par with previous years, said Dan Ainslie, City Manager for Sturgis.

“It’s kind of like a typical rally,” Mr. Ainslie said of the number of people coming into town, “and the crowds are still building.”

Indeed, fears that the rally could be a superspreader event did not appear to scare riders from attending. Bikers flocked to tents featuring tattoo artists, apparel, gear and food.

Health experts say the coronavirus is less likely to spread outdoors, especially when people wear masks and socially distance. But large gatherings like the motorcycle rally also increase the number of visitors inside restaurants and stores. A few businesses in Sturgis put up signs limiting the number of customers who could enter, but most did not post such notices.

Over the past week, there has been an average of 84 coronavirus cases per day in South Dakota, a 31 percent increase over the previous two weeks. At least four new virus deaths and 105 new cases were reported on Thursday.

Gov. Kristi Noem, a Republican, encouraged people to attend the rally in an interview on Fox News on Wednesday night, saying the state had successfully hosted other large events — including a Fourth of July celebration at Mount Rushmore that President Trump attended — without seeing a direct increase in virus cases. Plus, she said, the state’s economy benefits when people visit.

The state’s Department of Tourism has estimated that the annual festival generates about $800 million in revenue.

The rally, which has taken place every summer in Sturgis since 1938, commenced amid strong objections from residents. In a city-sponsored survey, more than 60 percent of the nearly 7,000 residents favored postponing the event.

Little could be done to stop the event, said Doreen Allison Creed, the Meade County commissioner who represents Sturgis. Ms. Creed said the county lacked the authority to shut down the rally because much of it takes place on state-licensed campgrounds.

When it became clear that it would go on as planned, the city said in a news release that changes would be made to safeguard residents from the coronavirus, including adding hand-sanitizing stations to the downtown area. The city plans to offer coronavirus testing for its residents once the rally concludes on Aug. 16.

While the most recent Centers for Disease Control and Prevention guidelines do not suggest a specific limit for the number of attendees at gatherings or community events, they encourage organizers to maintain a capacity conducive to reducing the spread of the virus. The agency encourages people to socially distance at six feet apart and wear masks.

“Attendees will be asked to be respectful of the community concerns by practicing social distancing and taking personal responsibility for their health by following C.D.C. guidelines,” the news release said.

But on Friday, throngs of ralliers parked their bikes and walked shoulder to shoulder along the downtown streets, nary a mask in sight. Police officers stationed at the intersections also were not wearing masks.

Bruce Labsa, 66, drove from North Carolina last week to be among the first in town. This was the first year he would be able to attend the rally since retiring, and he did not want to miss it. On Friday, he was not wearing a mask, and he said he had no concerns about catching the coronavirus.

Amy Svoboda, 27, who was working in a women’s apparel shop for bikers called One Sexy Biker Chick, said Friday’s crowd of shoppers had been steady. She said she didn’t know what to expect, but was happy to see people turning out.

“We are allowed to make our own choices,” she said. “If we get it, we chose to be here.”

Still, Nelson Horsley, 26, of Rapid City, S.D., said he expects there will be a rise in coronavirus cases in the area once the rally concludes next weekend. But he said he didn’t feel the need to wear a mask while walking around downtown Friday afternoon. He compared the virus to getting the seasonal flu.

“I haven’t seen anyone out here wear a mask so it kind of feels like it defeats the purpose,” he said, to wear a mask himself.

While most residents opposed the rally, some offered their front yards as camp sites for bikers who were unable to find a hotel room. But many others said they were worried about the impact the rally would eventually have on the small community.

Among those was Patricia Viator, 64, who has lived in Sturgis for 16 years. She said she became resigned to the fact that there was nothing residents could do to keep thousands of bikers from coming to the city. She said she’s worried for her family and the town, and she takes several precautions when leaving her house, including wearing a mask.

“It scares me more than before because we don’t have many cases around here, but now this increases the chances of us locals getting it,” she said.