There’s been some speculation in the news lately that wage growth in the United States might be topping out. This could be the case for some employers, especially smaller companies that don’t have much more give in their current staffing budget. However, don’t think for a moment that compensation is suddenly losing its power as a tool to help secure top talent in a market where unemployment is low, the quits rate is high, and there are nearly twice as many open jobs as there are available workers.

The suggestion that employers are becoming more conservative in their salary offers also might be hopeful thinking for those trying to control rising inflation. Federal Reserve Chair Jerome Powell, for example, recently referred to the labor market as “unsustainably hot.”

While some big companies may be considering cooling down on hiring, some are paying higher wages to median-salaried employees than they did before the pandemic. (Significantly so, in some cases — think six figures.) And although the U.S. economy has seen some job-shedding in recent months, layoffs overall are at their lowest level on record.

The takeaway for chief financial officers (CFOs) is that you can’t afford to sit back and wait on wages. You can never really be sure when or if it will “top out,” especially in this unusual economy and candidate-driven hiring market. Your business needs to be prepared to provide standout compensation packages to hire stellar candidates — and keep your best people, too.

Compensation remains the not-so-secret weapon for besting competitors targeting the same talent, including the high performers who are already part of your organization. The trick is to use compensation as an offensive strategy that gives you more control. Following are three ways to help your organization make that pivot:

While its name has been overexposed in the media, the Great Resignation is real and still in motion. Some are even referring to the phenomenon now as the “Forever Resignation”— a cycle of voluntary turnover that may never end. Buzzy labels aside, the pandemic has fundamentally changed the way people look at work, and what it means to them. They aren’t as willing to put up with things they don’t like about their job — like a low rate of pay. They know they have options, and they will seek them out.

Nearly two-thirds of U.S. workers who left their jobs in 2021 cited insufficient compensation as a reason for quitting, according to a Pew Research Center survey. To avoid turning your company’s valued staff into part of the “Class of 2022,” don’t wait for them to ask for a raise. Make sure to review their current compensation and if needed, bump it up, or extend another financial perk, like a spot bonus or paid time off.

And, if you find that employees are beating you to the punch, encourage an open discussion about pay. For example, if this person’s job responsibilities recently expanded or they’ve gained new skills, an immediate raise (or the promise of one soon) may be in order. If the employee is just feeling the crunch from inflation, offering a flexible work arrangement to reduce the burden of a costly commute might be an alternative solution for in-office workers.

2. Designate an Expert to Oversee the Compensation Process

In addition to taking stock of staff compensation levels as soon as possible, consider putting a formal process in place to ensure these levels will be monitored and adjusted proactively.

Compensation analysis will require, among other things, keeping tabs on the latest salary research and market trends, analyzing and updating job descriptions, and setting pay ranges and communicating them to staff. Look for someone in your human resources organization who could take the lead on managing this critical process. Because the market has changed so fast, it’s critical to keep continual tabs on what’s happening with pay rates and hiring dynamics for your company’s most mission-critical roles.

3. Watch Out for Pay Compression

The need to pay higher salaries to top candidates is in many cases resulting in new hires earning more than existing staff. Even small differences in pay between employees who are performing the same job, regardless of their skills or experience, can turn into big staffing headaches — namely, turnover. Feelings of resentment and disengagement can especially rise in the workforce when new hires with less experience are paid the same as, or more than, tenured employees in the same positions, or when individual contributors are paid more than their managers.

Inflation, competition for in-demand talent and the company’s failure to keep up with current market rates for compensation can all lead to pay compression. Conducting regular pay audits as described above and quickly bringing up the base salary of underpaid employees are solutions for resolving and, ideally, preventing, pay compression.

When raises aren’t an option, consider offering compelling non-monetary perks such as upskilling opportunities, better benefits, health and wellness programs, a more welcoming corporate culture, or all of the above.

That said, you can be sure that, no matter what, leading employers will continue to pay salaries that will attract the top talent they need to drive innovation and stay competitive. 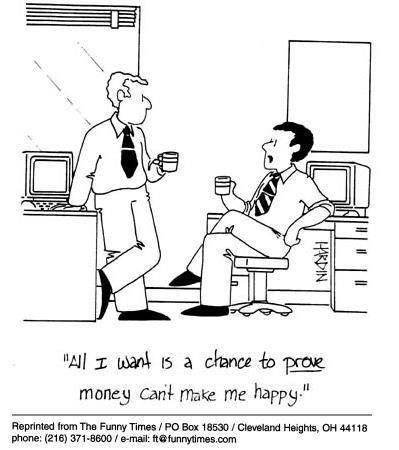