Franklin, Tenn.-based Community Health Systems has received a civil investigative demand related to the company’s adoption of EHRs and adherence to the meaningful use program, according to CHS’ latest financial filing.

Under the meaningful use program, now called the promoting interoperability program, CMS distributed incentive payments to eligible providers for installing EHR systems and using them to engage patients and families and to improve care coordination.

In its financial filing, CHS said it is responding to a civil investigative demand related to its “adoption of electronic health records technology and the meaningful use program.”

CHS declined to comment on the investigative demand beyond what is included in the financial filing.

As more than 40,000 people descend on Central Florida for the grueling event, MedCity News talked to HIMSS CEO and President H. Stephen Lieber for what has become an annual ritual, at least for this reporter. As usual, it’s on tape.

HIMSS17 is the last HIMSS conference with Lieber in charge; he announced in December that he would retire at the end of 2017.

Lieber is preparing to depart at a time when health IT is at a crossroads.

Healthcare organizations in the U.S. have spent the better part of the last 10 years installing and now optimizing electronic health records, though they continue to lag when it comes to sharing data across systems. And they continue to gripe about EHR usability and Meaningful Use requirements.

Providers in recent years also have grappled with updates to HIPAA regulations and the conversion to ICD-10 coding. Now, they face some new regulations affecting health IT.

Notably, the 2016 Medicare Access and CHIP Reauthorization Act (MACRA) is coming into force for ambulatory care. The rise of accountable care is “certainly having an impact already in terms of how care is not only delivered,” as well as how payers calculate reimbursements, Lieber noted.

They also face the uncertainty that comes with a change in administration in Washington.

Still, some things do remain relatively constant in health IT.

“The ongoing challenge in dealing with security, there is going to be an even greater focus this year as we try to bring more attention, more focus on what it takes to make sure that we’re handling data in a secure way,” Lieber said.

Clinical analytics has become a normal course of business in the field as well, though it has changed from merely clinical decision support and retrospective analytics to predictive analytics and machine learning. “As the field evolves, we’re evolving the programming with it.” Lieber noted.

Policy seems to be where a lot of intrigue is right now. It’s easy to make assumptions about what the new Trump administration might do, but assumptions are just that. 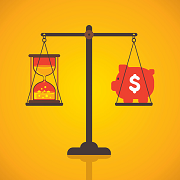 Stage 3 Meaningful Use isn’t slated to begin until 2018, but a few of its requirements are likely to prove more challenging than others.

So far this year we’ve seen a shift in attention when it comes to electronic health records: less on the EHR Incentive Program, and more on the newer, more trendy issues, such as precision medicine, the Medicare Access and CHIP Reauthorization Act and ransomware.

But that old stalwart, Meaningful Use, is still a major focus, at least for the Department of Health and Human Services Office of Inspector General. And it should be for the rest of us, as well, based on what OIG has been unearthing.

The OIG issued its latest audit report on how states are paying Medicaid Meaningful Use incentives, and it isn’t pretty. The Arizona Health Care Cost Containment System made incorrect Medicaid incentive payments to 24 out of 25 hospitals reviewed, totaling almost $15 million in overpayments.

Hospitals in rural areas of the country are feeling a sharp financial pinch in states that have not expanded their Medicaid programs under the Patient Protection and Affordable Care Act.

Community hospitals in rural counties of Tennessee, one of the states that have opted not to embrace Medicaid expansion, are facing financial pressure that could be relieved if more of their low-resource patients had Medicaid coverage. “In our health systems, they manage it. They have figured it out. Where it’s really hitting is our rural hospitals,” says Craig Becker, president of the Tennessee Hospital Association. “We’ve lost six rural hospitals in the last year, and we’re going to lose another one this year.”

In economically disadvantaged Tennessee communities, many nonelderly adults are either reliant on Medicaid for their health coverage or fall into the “self-pay” category, Becker says. “We only get about 5% of payment for self-pay patients.”

Medicaid is a public form of medical insurance jointly funded by the states and the federal government. Under the PPACA, states can expand their Medicaid programs with federal financial assistance to include all adults in families with incomes below 138% of the federal poverty level.