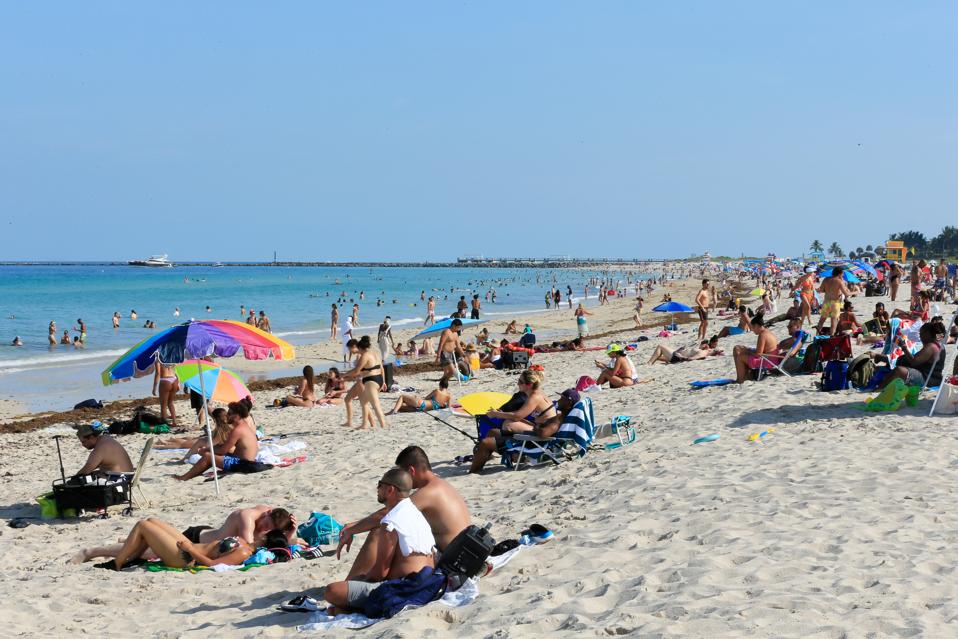 Some states are seeing a dramatic surge in new coronavirus infections even as reopening measures continue across the country, raising tough questions about whether those reopening efforts were premature and how officials will balance maintaining public safety with preventing more economic damage.

On Friday, the CDC released new forecasts that singled out six states—Arizona, Arkansas, Hawaii, North Carolina, Utah and Vermont—where the coronavirus death toll is likely to rise over the next month.

Some states and cities have walked back reopening measures in response to surging cases: Oregon’s governor put the reopening process on pause on Friday after the state saw its highest level of new cases since the start of the pandemic; Utah’s governor issued a similar order, as did the mayor of Nashville, Tennessee.

According to data compiled by Johns Hopkins, more than 2 million Americans have contracted Covid-19, the disease caused by the coronavirus, since the beginning of the pandemic, and more than 114,000 have died.

Even though news of states hitting record levels of coronavirus cases day after day might make it seem like the U.S. is headed for a second wave of the virus, the country is still situated very firmly within the “first wave.” New infections peaked around 36,000 cases a day in April, according to New York Times data, and over the last month the number of new daily cases has held relatively steady around 20,000. Cases in former hot spots like New York and New Jersey have fallen dramatically while cases in many areas of the South and West continue to rise. For a true “second wave” of the virus to be possible, the virus would need to subside and then reappear.

“We really never quite finished the first wave,” Dr. Ashish Jha, a professor of global health at Harvard University, told NPR. “And it doesn’t look like we are going to anytime soon.”