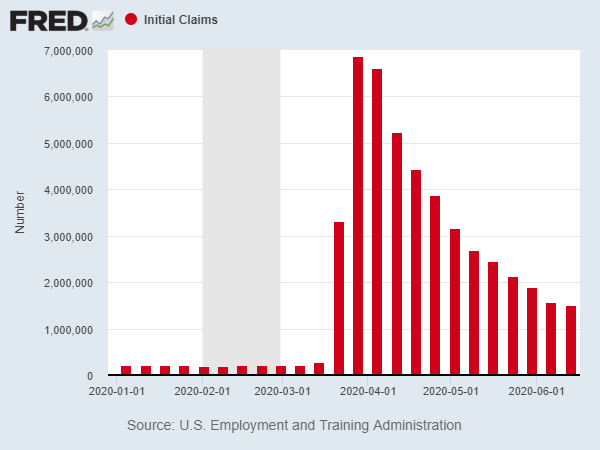 About 1.5 million people filed for state unemployment benefits last week, the Department of Labor announced Thursday, bringing the 13-week total for first-time claims to more than 45 million. Another 760,000 filed new claims for Pandemic Unemployment Assistance, a temporary program for workers such as independent contractors who ordinarily do not qualify for unemployment payments.

While new jobless claims continue to decline, falling for the 11th straight week, the numbers remain startlingly high relative to previous recessions, and some economists have expressed concerns that the labor market is not healing as rapidly as they had hoped.

“It’s not clear why claims are still so high,” said Ian Shepherdson, chief economist at Pantheon Macroeconomics, in a note to clients. “[I]s it the initial shock still working its way up through businesses away from the consumer-facing jobs lost in the first wave, or is it businesses which thought they could survive now throwing in the towel, or both? Either way, these are disappointing numbers and serve to emphasize that a full recovery is going to take a long time.” 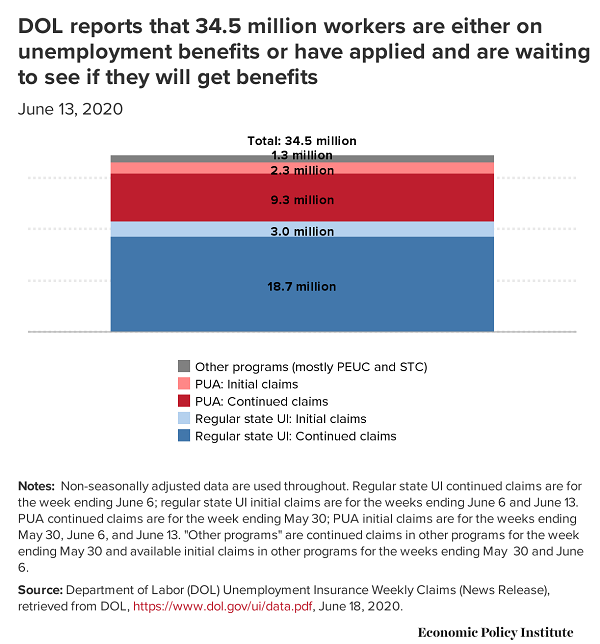