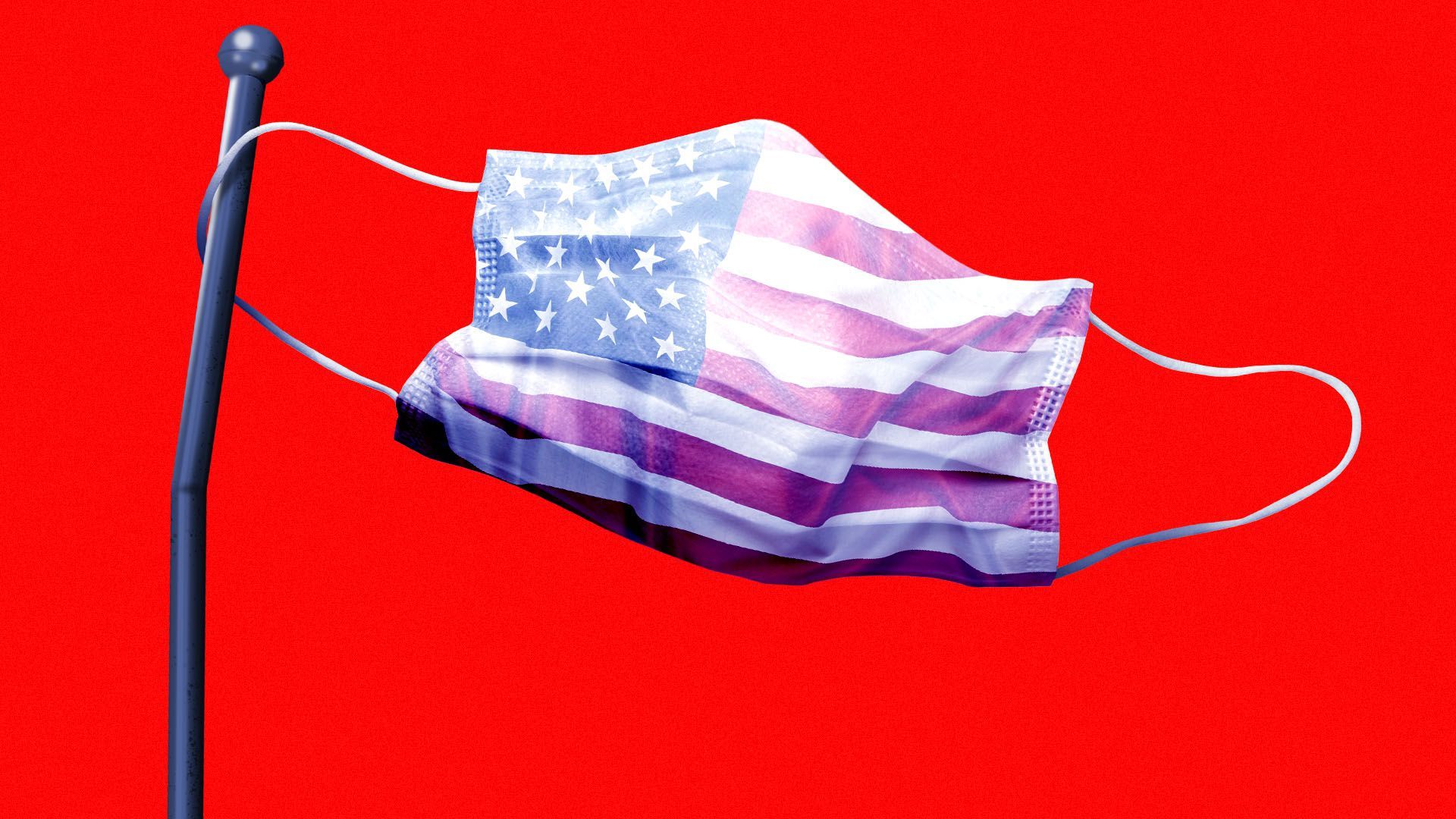 Mask-wearing has become the latest partisan division in an increasingly politically divided pandemic.

Why it matters: It’s becoming increasingly clear that wearing even a basic cloth mask is one of the most effective ways to prevent the spread of COVID-19. But whether or not people are willing to wear one has less to do with the risk of the pandemic than their political affiliation.

By the numbers: Results from months of the Axios-Ipsos coronavirus polls show a clear and growing political divide between Democrats and Republicans on mask-wearing habits.

Context: The political divide Americans are reporting on mask use echoes one seen within nearly all levels of the government.

Flashback: Some of the blame for the divide can be traced back to muddled public health messaging on mask use in the early stages of the pandemic, when Americans were urged not to go out and buy masks in bulk because of concerns that there wasn’t enough personal protective equipment for front-line health care workers.

Health experts now know that cloth masks are most effective not so much at protecting individuals from infection as protecting the community from infected individuals. But that makes masks as much about social signaling as they are about public health.

What to watch: The one factor that seems capable of breaking the political deadlock is the outbreak itself. As cases have skyrocketed in red states like Arizona recently, there’s been a significant increase in Google searches for masks.