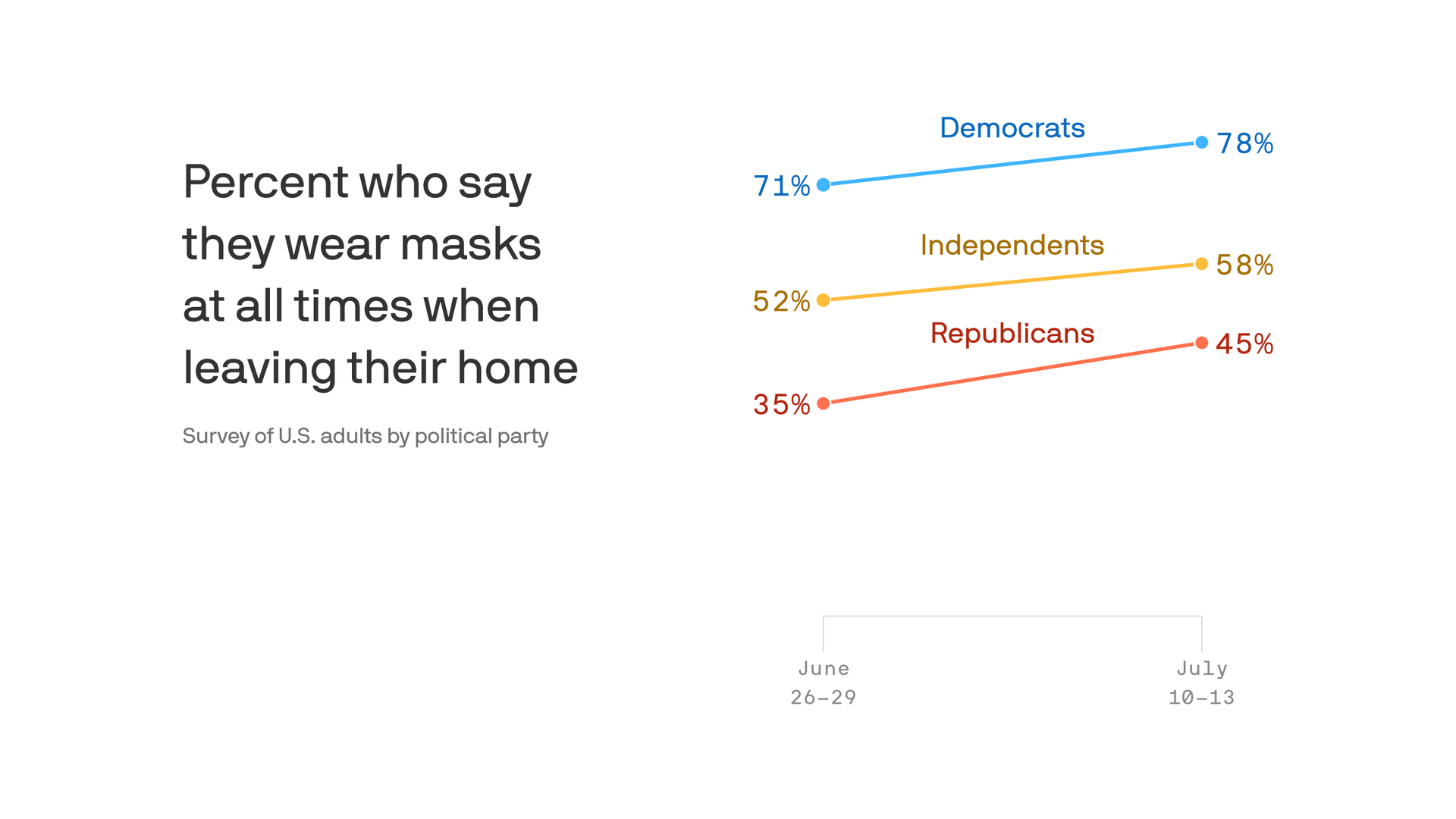 Nearly two-thirds of Americans — and a noticeably increasing number of Republicans — say they’re wearing a face mask whenever they leave the house, according to the Axios-Ipsos Coronavirus Index.

Why it matters: A weakening partisan divide over masks, and a broad-based increase in the number of people wearing them, would be a welcome development as most of the country tries to beat back a rapidly growing outbreak, Axios’ Sam Baker writes.

By the numbers: 62% of those surveyed said they’re wearing a mask “all the time” when they leave the house — up from 53% when we asked the same question two weeks ago.

Between the lines: These numbers may seem high — do two-thirds of the people you pass on the street have a mask on? But the fact that more people are claiming to wear them is at least a sign that masks are increasingly seen as important.