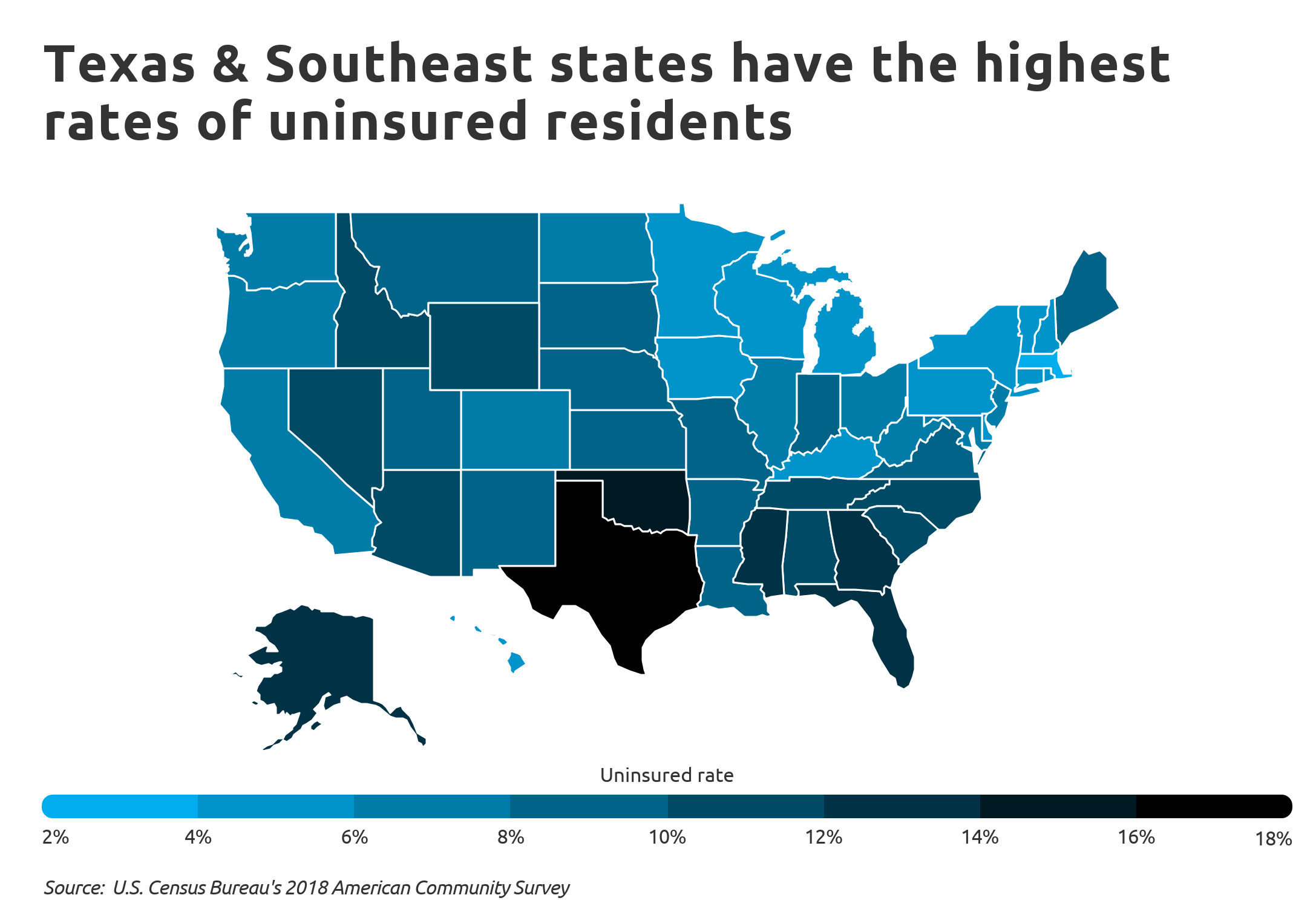 Texas has the highest uninsured rate in the U.S., with 29 percent of adults uninsured as of May, according to a report from Families USA.

The increase was due in part to layoffs tied to the COVID-19 pandemic in recent months. Nearly 5.4 million Americans lost health insurance coverage from February to May of this year due to job losses, according to the report.

Below is the total percentage of all uninsured adults in each state and the District of Columbia as of May.