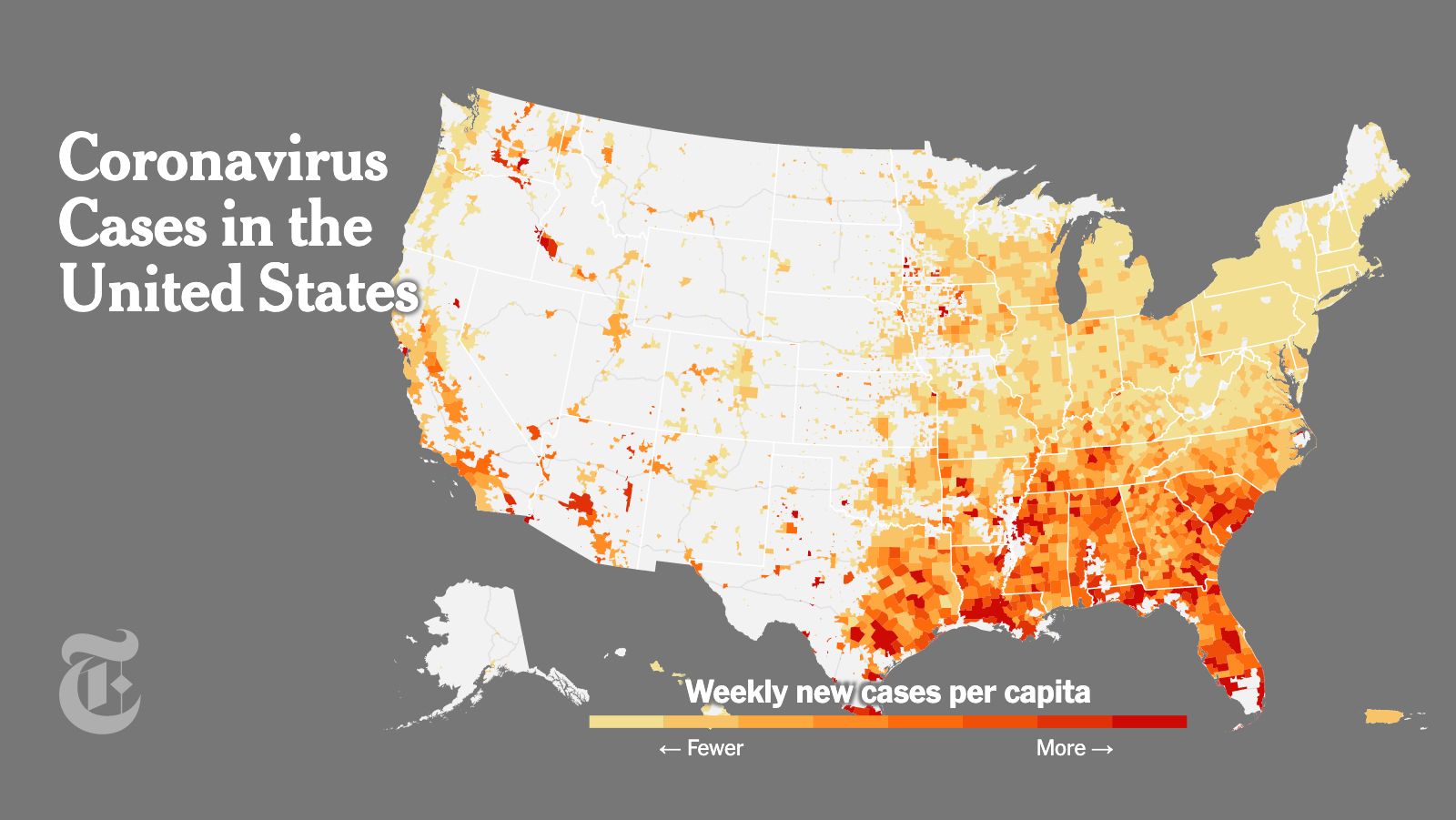 The United States on Friday set another record for daily coronavirus infections, with states reporting a combined 76,403 new confirmed cases — more than double the amount the country was reporting daily during the initial surge of cases in the spring.

Coronavirus-related deaths are rising, too, after declining nationally throughout May and June. The country reported 963 fatalities from the virus Friday, the most in a single day since June 3.

Here are some other significant developments:

Infections and deaths are rising in states around the country, led by Texas, California, Florida, Georgia and Arizona. Texas on Friday reported a record 14,916 new cases and 174 new deaths related to the virus. Other states, including Ohio, Utah and the Carolinas, have reported single-day records in the past week.

The sharp increases have prompted many states to adopt new public health measures to prevent the virus spread. California ordered most of its schools to conduct remote instruction in the new academic year unless counties can meet strict benchmarks for reducing community transmission. More than half of all U.S. states have instituted some form of statewide mask requirements, including Alabama and Arkansas, where governors previously balked at mask mandates.