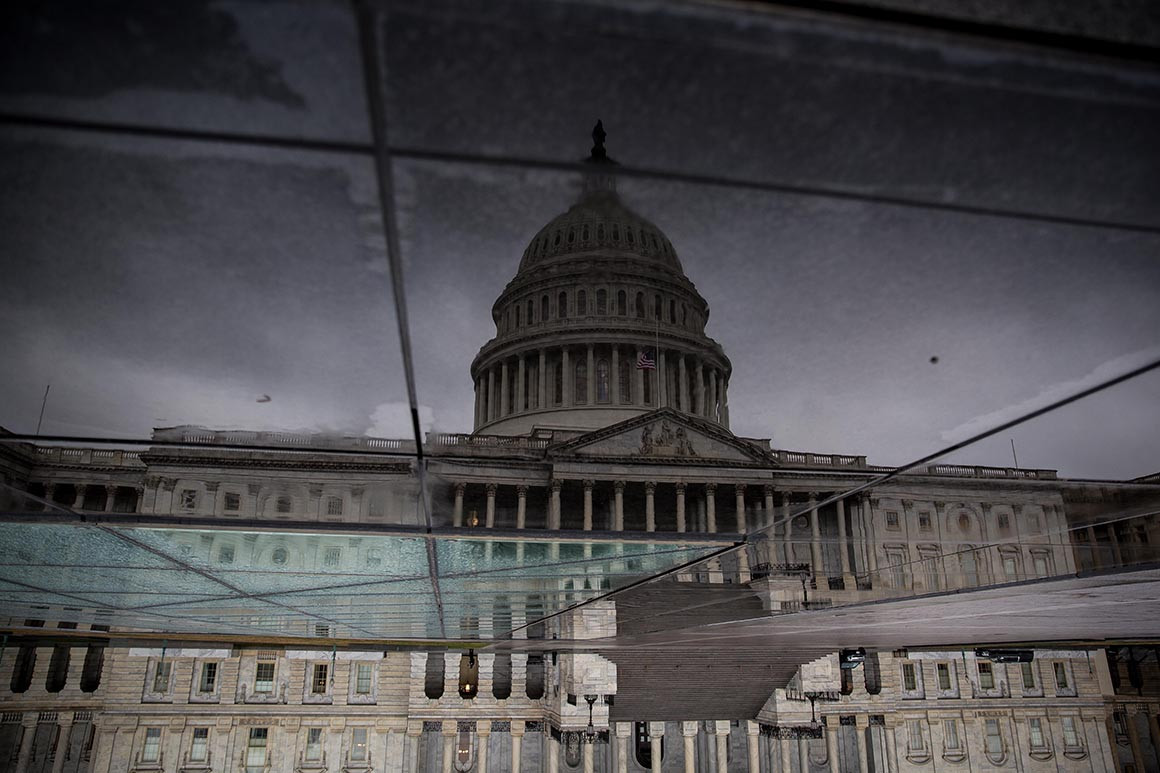 The good news is that they aren’t partisan, and they’re fixable.

In our response to the Covid-19 pandemic, the United States has all too often been caught flat-footed. Our public officials have tried to avoid or deny problems until they have been right on top of us, and legislative measures have tended to react to major challenges rather than avert them.

That has left policymakers with a lot to react to. And the relief and assistance bill now being worked out in the Senate will need to do that on several fronts. But to do better in the future, that bill should also take on several predictable problems that will face our country over the remainder of the year and which could benefit enormously from some advance attention and action.

Three sets of such predictable problems stand out above all, and in all three cases there are measures that can be taken now that should be able to attract bipartisan support.

First, states are going to face a monumental fiscal crisis.

The pandemic and the ensuing shutdowns of economic activity have left state governments with immense revenue shortages. Balanced-budget amendments in all but one state severely restrict their capacity to run deficits, in many cases even in major emergencies. That means states will have to either find other ways to raise revenue quickly or make major cuts to basic services. Such cuts in spending, jobs and public assistance would exacerbate the deep recession we are in and leave millions who need help in the lurch.

Most state fiscal years begin in July, so in many cases budgets designed or enacted before the severity of the crisis was clear are now starting to take effect, leaving states facing gaps they can easily predict but haven’t formally accounted for. In fact, 16 states are now starting the second year of biennial budgets enacted in 2019, before anyone could have imagined the sort of crisis we now face. Over the coming months, there will be no avoiding the fiscal crunch.

The states have already begun pleading with Congress for help, and sooner or later Congress will need to provide it. Taking steps sooner rather than later would make an enormous difference. The federal government has often been called on to serve as a fiscal backstop for states in extreme emergencies, since its borrowing power vastly exceeds that of the states. And that role is particularly appropriate in a truly national—indeed global—crisis of this magnitude.

But to provide such help responsibly, Congress will need to clearly delineate what kinds of assistance it can offer and on what terms. Congressional Republicans are not wrong to be wary of state efforts to use the emergency to fill fiscal holes dug over decades of irresponsible state policies. Yet that can’t mean that they deny state governments the help they need to contend with this crisis. Rather, it means they must draw some distinctions.

As I’ve argued elsewhere, Congress would do well to divide state needs into three tranches: direct pandemic spending (which should be covered by federal dollars), lost state revenue (which states should be given the opportunity to make up with federally guaranteed loans on favorable terms), and longstanding obligations like pension and retiree health costs made untenable by the recession (for which affected states should be given options only for strictly conditional support, like a new state bankruptcy code or federal support conditioned on major pension reforms).

To be effective, that sort of response would need to take shape now, before states have truly hit the wall. It should be part of the bill the parties are now beginning to negotiate.

Second, this fall’s election is going to be seriously complicated by the pandemic.

There is pretty much no way around that. We’ll be voting while the virus is still spreading, which means that far more people than usual will vote by mail. Only a few states have real experience with voting by mail in large numbers, and the logistics involved are not simple. Primary elections in many states have already made the challenge clear.

To take just one example among many, mailed ballots require signature verification. In states that haven’t spent years building the required infrastructure, such verification will probably need to be done by hand, creating huge risks of confusion and error. States will need to develop new processes to handle this, to train election workers to use unfamiliar equipment, and to take on problems in real time. Signature verification also requires a process for notifying voters whose handwriting is challenged and giving them time to respond. All that, and similar challenges on other election administration fronts, makes it easy to imagine that many races will be impossible to call on election night, and perhaps for quite some time afterward.

Particularly in an era already overflowing with cynical mistrust and conspiracy mongering, such problems raise the prospect of a legitimacy crisis around the election. And policymakers need to take steps now to reduce the risk of such a crisis.

The first step must be to prepare the public. Elected officials, candidates, journalists and others must start speaking plainly about the likelihood of logistical challenges around the election so that voters are not shocked if things don’t go smoothly. People must know in advance that we should not expect every race to be called straight away and that results which take days or even weeks to determine are not therefore illegitimate.

But beyond setting voter expectations, policymakers should also be looking for ways to reduce the strain on the system and to deal with predictable problems. One simple step Congress could take now is to push back the deadlines involved in the work of the Electoral College, to give the states more time to count votes in the presidential race if they need it. A simple change in the federal law governing these dates, which wouldn’t give either party an advantage, could give every state about three more weeks to count. Such a change would be essentially impossible after the election—when partisans looking at partial results would argue over which side it would advantage. But it could easily be done today, it would just take a few sentences of legislative language, and it too should be part of the relief bill now being worked out. 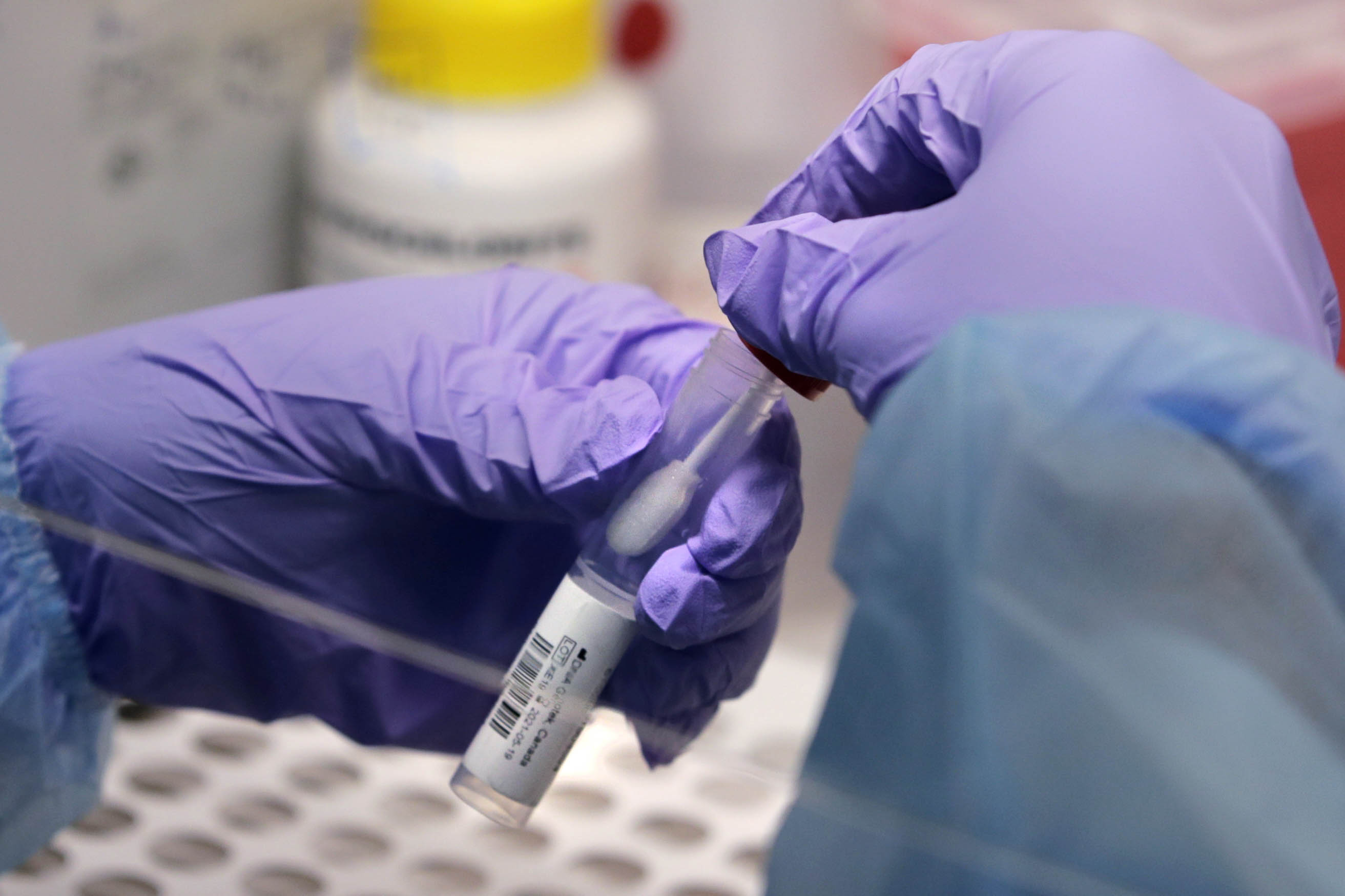 Finally, if we’re lucky, we’re going to need to figure out how to distribute a Covid-19 vaccine early next year. That would be a good problem to have, of course, but a huge problem nonetheless. And getting it wrong could catastrophically undermine the effort to defeat the virus.

Vaccine development itself is one area where our country has not been behind the curve: The federal government has invested heavily in the effort, the National Institutes of Health has played a key coordinating role, and the administration is prepared to pay for “at risk” manufacturing of millions of doses of any vaccine that makes it into Phase III trials, so that if a vaccine is found to be safe and effective there will immediately be doses to provide to high-risk individuals. But who will be first in line to get these early doses? And who will decide?

Here, too, there is an enormous danger of a legitimacy crisis. Both public fear about the safety of a vaccine (building on decades of anti-vaccine conspiracy theories on the right and left alike) and the danger of corruption, or at least perceived corruption, in the distribution of doses could undermine the potential of effective vaccination to end the nightmare of this pandemic.

Widespread uptake is essential to the effectiveness of any vaccine. It is not so much by protecting each vaccinated individual as by vaccinating enough Americans to achieve broad-based communal (or “herd”) immunity that a vaccine could truly change the game. That means public trust in the process and wholesale vaccination across our society will be crucial.

To achieve that, it is essential that both the safety of the vaccine-development process and the basic fairness of the ultimate distribution formula be established in advance, and in a very public way. Congress has a crucial role to play here, too. Hearings should begin very soon to put before the public all available information about the efforts taken by the Food and Drug Administration to ensure the safety of the vaccine-development process, even as that process proceeds with unprecedented speed. And Congress should establish, ideally in this next relief bill, a public commission to develop a formula for equitable distribution of early vaccine doses: setting out tiers of priority (for front-line health workers, vulnerable populations, the elderly, and those with particular preexisting conditions), and seeking out ways to make sure that economic and other disadvantages do not translate into lesser or later access to vaccination.

The work of such a group should be reasonably transparent and would need to begin very soon if it is to bear fruit in time to be useful. Policymakers must not underestimate the danger of a loss of public confidence in a Covid-19 vaccine, and must take steps now to avoid such a foreseeable disaster.

The same is true on all three of these fronts. These may not be the greatest problems we confront in the remainder of this dark and difficult year, but they share some features that ought to make them high priorities: All three are predictable and serious, each would amount to a disaster if left unchecked, but each could be made much easier to handle with some straightforward preparation. The relief bill being negotiated this summer could easily, without sparking a partisan war, take concrete steps on all three fronts.

Leadership in a crisis demands a combination of planning for foreseeable difficulties and responding to the unexpected. Getting the former right can make the latter far more doable. To make the rest of this year less disastrous, our leaders need to look ahead.