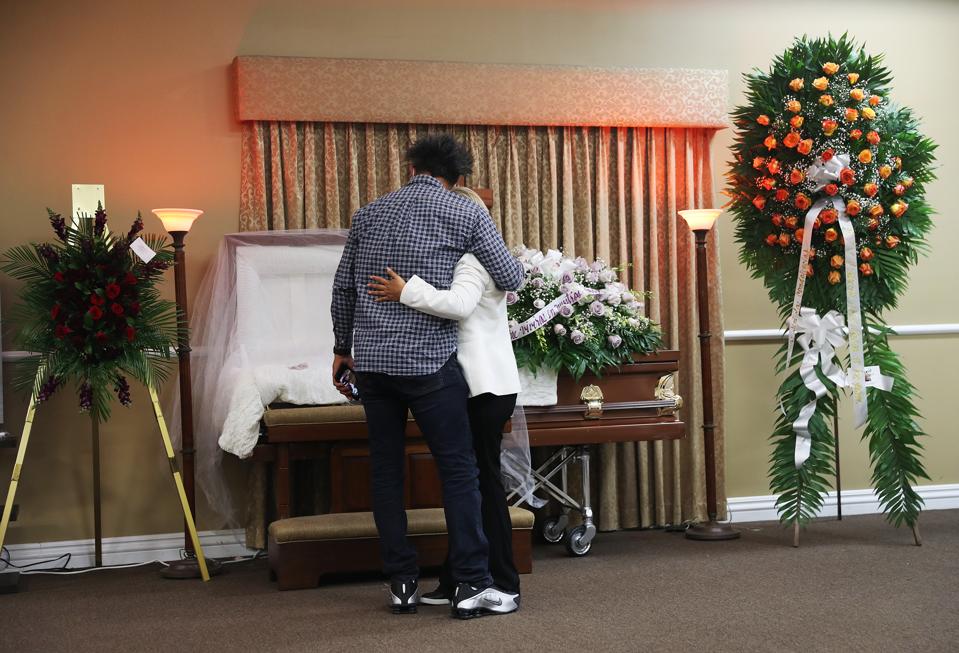 Over 10,000 Floridians have now died of coronavirus, marking a grim milestone that comes weeks after the state led the record U.S. coronavirus case surge earlier this summer.

10,049 Florida residents have died of coronavirus, according to the state, reaching that mark after adding 117 deaths Thursday.

Florida has been the nation’s recent coronavirus epicenter, but the pandemic’s spread seems to have slowed there over the past few weeks, even as deaths, which lag behind other statistics, have been at record highs in the state.

New cases have recently reached their lowest daily increases in two months, and hospitalizations have trended downward since late July.

The testing positivity rate, seen as one of the first indicators of increased coronavirus spread, dropped below 10% Thursday—the first time the state has been below that threshold since June 21, and less than half the 20.71% positivity rate the state had at its highest point on July 8.

23.8%. Gov. Ron DeSantis said that’s what the positivity rate was Thursday for antibody testing at state-run drive-through sites. That number suggests a massive amount of Floridians, much higher than the record-setting confirmed case counts, were infected with coronavirus this summer.

There are five U.S. states that have over 10,000 deaths. That’s a number that only 14 countries around the world have hit, according to Johns Hopkins University. The U.S. continues to have by far the most coronavirus deaths of any country and could reach 175,000 deaths before the weekend.

The U.S. as a whole is on a downward trend when it comes to coronavirus metrics, which seems to be influenced by large states, like Florida, having a reduction in coronavirus spread.

States like California, Texas and Florida, the nation’s three most populated, were all setting records when the U.S. had its highest confirmed coronavirus spike earlier this summer. They now seem to be pushing the country in the other direction.