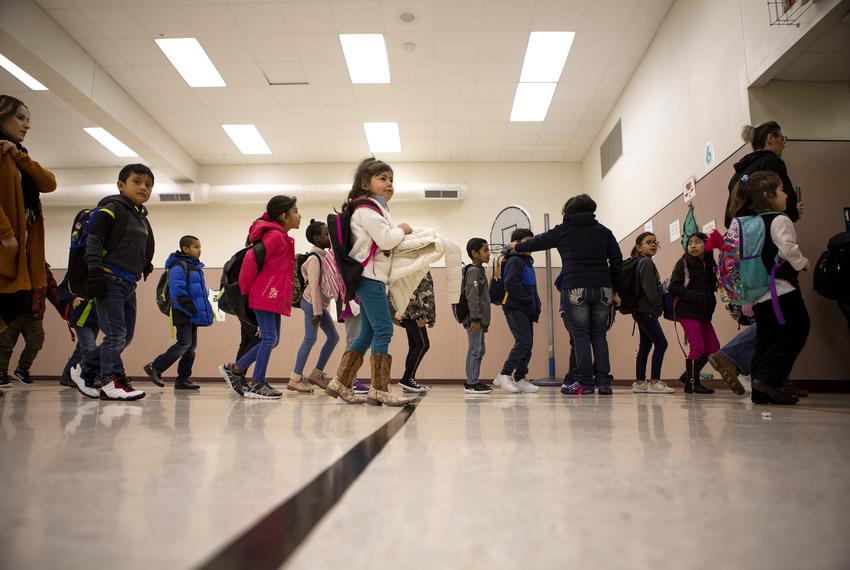 Thousands of students and teachers across the country are quarantining just days into the new school year, highlighting the challenges of resuming in-person instruction during a pandemic.

While many schools aren’t scheduled to reopen until later this month or September, those that have are offering a preview of the chaos that awaits districts this fall, particularly in hot spots in the South and Midwest where the virus is spreading uncontrollably.

Those numbers are expected to increase with more test results. In the meantime, three of the district’s six high schools have moved classes online, at least until September.

Experts have warned for weeks that it will be extremely difficult to safely reopen schools in hot spots, but some districts are still charging ahead — some willingly, others after some prodding from state and national leaders.

The results, health officials say, are not surprising, though they are preventable.

“You go in, people get infected — boom, you close them down. So it’s better to ease in, perhaps with virtual, until you see what’s going on when you’re in a really hot zone,” Anthony Fauci said during a livestreamed event Tuesday, referring to schools that have already closed after reopening this year.

“When you’re in a red zone … you really better think twice before you do that because what might happen, is what you’ve seen,” Fauci added.

Schools in states like Indiana, Louisiana, Oklahoma and Tennessee have shut down, at least temporarily, after finding COVID-19 in their hallways and classrooms.

The question of when and how to open schools has moved from a public health debate to a political one, with President Trump and his administration strongly advocating for full-time, in-person instruction, hoping in part that parents can then return to work and revamp an economy that’s been ravaged by the coronavirus recession.

Health experts and administration officials note that the consequences of missing in-person learning can be severe, especially for younger students. Finding a solution that minimizes harm to students while protecting public health has proven difficult.

Annette Anderson, a professor in the school of education at Johns Hopkins University, said there is no proven or agreed-upon approach to holding classes during a pandemic, no set protocols around when to return to in-person instruction or how to conduct testing and contact tracing.

“There’s a wild, wild west approach with all the different types of plans in reopening and because of that, a gold standard would just mean clarity around what schools should do. But we don’t have a tacit agreement about what that actually means,” she said.

Most states are deferring school opening decisions to local school districts. For example, while the Cherokee County School District is offering in-person learning five days a week, Atlanta Public Schools, just one county over, is beginning the year online.

Many school districts are opting for online instruction or pursuing hybrid models in which students alternate which days they are in class to limit the number of people in school buildings at one time.

Others, like some districts in Georgia, Arkansas, Florida and Texas, are moving full speed ahead with in-person learning, despite the challenges posed by cramped buildings and classrooms. Some of those districts also offer online options.

While in-person instruction might work for some states where transmission is relatively low, like New York, which gave districts the green light to fully reopen this year, it will be much harder in hot spots.

While he didn’t specify any states, several across the country have positivity rates over 10 percent, according to figures compiled by Johns Hopkins University, and have districts pursuing in-person instruction. The list includes Florida, Georgia, Idaho, Iowa, Kansas, Mississippi and Texas.

“There’s one opportunity to do this well, because once you open you want the schools to stay open as much as possible, given how disruptive isolating schools and teachers can be,” said Thomas Tsai, assistant professor in the Department of Health Policy and Management at Harvard T.H. Chan School of Public Health.

He recommended schools consider shutting down if the virus appears to be widespread. If cases appear to be isolated to one cluster in a classroom, the rest of the school can probably remain open, while exposed students isolate at home.

That’s why it’s especially important for students to wear masks and keep their desks at least 6 feet apart, and avoid gatherings outside of classrooms, he said, otherwise the number of contacts per case can quickly grow, resulting in more students and teachers needing to be quarantined.

If there are clusters in multiple classrooms and hundreds of students and teachers need to quarantine, schools might need to consider shutting down, Tsai added.

The Centers for Disease Control and Prevention says in “most instances” a single case of COVID-19 should not warrant a school closure.

But if the spread of COVID-19 at a school is higher than within the community, or if the school is becoming the source of an outbreak, administrators should work with local health officials to determine whether temporary closures are needed.

Mississippi State Health Officer Thomas Dobbs said Monday that 245 teachers and 199 students have tested positive for the coronavirus in 71 of the state’s 82 counties. Almost 600 teachers and more than 2,000 students are now in quarantine, but none of the schools have closed.

Dobbs said many of the teachers and students likely contracted the virus outside of school but unknowingly “brought it with them” to class.

Classes are canceled indefinitely at a school district in Pinal County, Ariz., after more than 100 teachers and staff members refused to come to work, citing a concern with the spread of COVID-19 in the community.

The school district planned to resume in-person learning Monday, despite the county not meeting metrics recommended by the state’s health department for safely reopening, including a drop in the number of new cases, new COVID-19 hospitalizations and the percentage of people testing positive.

In Florida, 13 counties have reopened schools in the past week for in-person instruction; at least three districts have reported COVID-19 cases. In Martin County, more than 300 students and teachers are quarantining after coming into contact with infected classmates.

County officials said some parents are not keeping their kids at home while awaiting the results of COVID-19 tests. Instead, they’re waiting until the test is positive before notifying the school.

And in Florida’s Dade County, about 70 students and staff are quarantining after 11 people in the district tested positive. County officials have said that cases are to be expected and superintendents should call them before making any decisions about closures.

The confusion at all levels of government has frustrated both parents and school officials. In the lead-up to the new school year, Trump has offered mixed messages.

Last month, he said schools in hot spots might need to delay their reopening plans, but in August he renewed his push for a return to in-person instruction by tweeting: “OPEN THE SCHOOLS!!!”