Granddaughter Says Life Is Too Hard. That’s When Grandma Pulls Out A Carrot, Egg & Coffee

As the story begins, a woman goes to visit her grandmother. She is stressed and frustrated by the way that her life has been going— in a way that many can relate. No sooner is one problem dealt with than another one rises in its place.

The woman tells her grandmother that she’s reaching the end of her rope and doesn’t know how she can go on.

Without a word, the grandmother goes to her kitchen, fills three pots with water, and puts the pots on the stove to boil. Once the water is bubbling away, the grandmother puts a few carrots in one pot, several eggs in the second pot, and ground coffee beans in the third.

After about twenty minutes or so, the grandmother turns off the heat and puts the contents of each pot in a bowl.

She then asks her granddaughter what she sees.

The grandmother then tells her granddaughter to feel the softened, boiled carrots, to crack the hard-boiled egg and look at it, and to take a sip of the coffee.

Having done so, the granddaughter asks what it all means. The story continues:

“Her grandmother explained that each of these objects had faced the same adversity — boiling water — but each reacted differently.

“The carrot went in strong, hard and unrelenting. However, after being subjected to the boiling water, it softened and became weak. The egg had been fragile. Its thin outer shell had protected its liquid interior. But, after sitting through the boiling water, its inside became hardened.

“The ground coffee beans were unique, however. After they were in the boiling water, they had changed the water.”

The question for the granddaughter — and for the reader as well — is which one represents how you respond to adversity. Are you the egg? The carrots? Or the coffee?

“Think of this: Which am I? Am I the carrot that seems strong, but with pain and adversity? Do I wilt and become soft and lose my strength?

“Am I the egg that starts with a malleable heart, but changes with the heat? Did I have a fluid spirit, but after a death, a breakup, a financial hardship or some other trial, have I become hardened and stiff? Does my shell look the same, but on the inside am I bitter and tough with a stiff spirit and a hardened heart?

“Or am I like the coffee bean? The bean actually changes the hot water, the very circumstance that brings the pain. When the water gets hot, it releases the fragrance and flavor of your life. If you are like the bean, when things are at their worst, you get better and change the situation around you. When the hours are the darkest and trials are their greatest, do you elevate to another level?”

Of course, the question is posed not just as a way to examine how you respond to adversity now, but in order to learn how to adapt in the future.

We are not permanently carrots or eggs or coffee. Perhaps you have responded as an egg before. Perhaps you’re currently feeling a bit carrot-y. But that doesn’t mean that you can’t make a change. 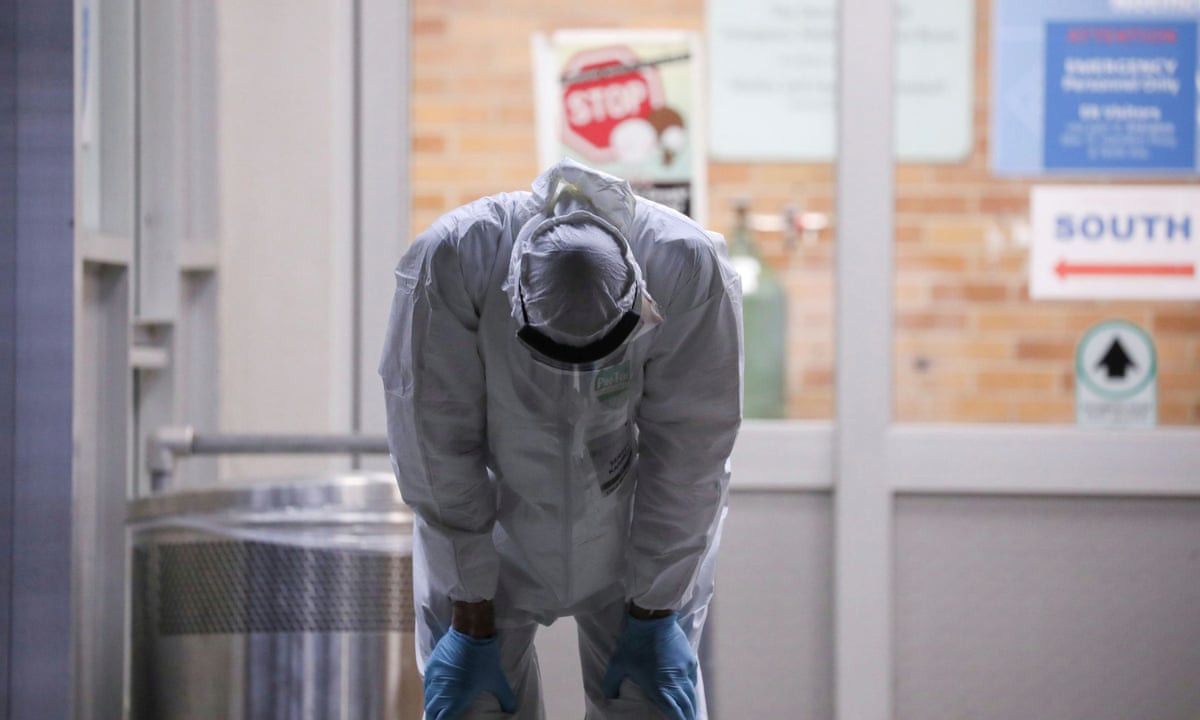 Last week we wrote about an observation from some physician leaders that, paradoxically, physician burnout seemed to have waned a bit during the COVID crisis. They felt that, as clinicians rallied to provide care for patients during the pandemic, many found new purpose in the work, despite great challenges. Bureaucratic hurdles yielded to the need to make critical decisions quickly, as did regulatory barriers to telemedicine.

The piece sparked a number of doctors, most from regions now experiencing surges, to share their alternative viewpoints with us.

One employed physician wrote that, across specialties, he and his colleagues are angry. They don’t feel protected, either financially, or even for their own physical safety.

A nurse practitioner working long shifts in an emergency department overloaded with COVID patients wrote, “In April, I would have never believed that we would be scrounging for PPE at the end of July. How could this happen?” And a nephrologist redeployed to a COVID ICU shared: “With the surge in New York, it felt like the entire country was behind their doctors and nurses. I drive home past restaurants and stores filled with people refusing to wear masks. It’s so demoralizing.”

Several expressed that their employers, both health systems and payers, are “counting on our goodwill that we’ll just keep showing up.” But once the crisis passes, there may be “drastic and irrational physician revolts. Someone should be watching for it.”

These comments reveal a marked difference in physician sentiment in different parts of the country, based both on the severity of the pandemic, and the nature of the local response.  Regardless, we’d agree that the clinical workforce, both doctors and nurses, is working through a period of unprecedented stress, and for some, emotional trauma. Ensuring their stability and safety must be a top priority for every health system and medical group.