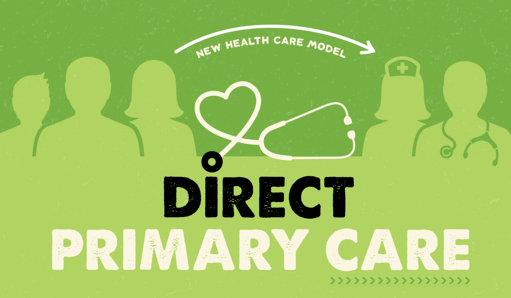 Cometh the moment, cometh the care model. That’s one way of interpreting a new study commissioned by the Society of Actuaries, and performed by Milliman researchers, that evaluates the direct primary care (DPC) model. Often touted by advocates as a way to “cut out the middleman” and allow for greater patient-physician engagement, DPC is membership-model primary care, with a monthly or annual fee paid by the patient (or their employer) for unlimited access to a range of services for no additional out-of-pocket payment, and without billing insurance for care delivery.

In the study, Milliman reviewed existing literature, conducted a survey of nearly 200 DPC practices, and performed an in-depth analysis of one employer’s DPC offering. Their findings: higher physician satisfaction; smaller panel sizes (on average 445 patients per practice); and statistically significant decreases in overall demand for services (down 12.6 percent) and ED utilization (down 40.5 percent). All that for a monthly fee of between $65 and $85 per adult patient—resulting in a slight net increase in employer benefit costs (1.3 percent) but higher enrollee satisfaction.

The Milliman study is one of the first detailed analyses of the potential benefits of this newish care model, and the results suggest that there is promise for the approach. Critics rightly raise some doubts: could there could ever be enough physician supply to make this model work at national scale? And does the model encourage cherry-picking of more affluent, lower-utilizing patients, making the remaining risk pool more costly to cover?

But in a post-COVID world, with primary care doctors increasingly concerned about revenue stability, and employers looking to control spend (and searching for sweeteners to offset a potential shift to narrower referral networks), the model has the potential to play a greater role in future benefit design. Especially if coupled with a (potentially lower-cost) virtual-first approach, DPC could prove an attractive option for physicians and patients to move away from the fee-for-service, productivity-driven primary care model. 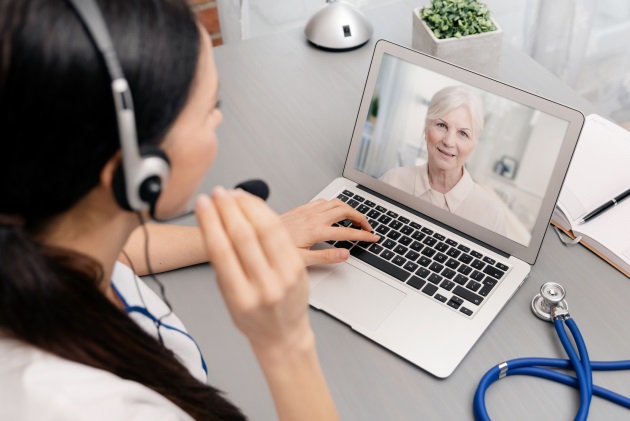 As patients begin to return to doctors’ offices, we were intrigued to read an analysis out this week from the Commonwealth Fund that provides a first glimpse into the pace of the recovery. Researchers from Harvard University and healthcare technology company Phreesia analyzed data from 12M visits at over 50,000 physician practices, finding that in-person visits had declined nearly 70 percent by mid-April, compared to pre-pandemic levels.

Behavioral health providers, medical specialists and primary care practices maintained the most volume, and procedural specialists were the hardest hit. Many practices deployed telemedicine quickly, but even with those added encounters, total visits were still down by nearly 60 percent. While visits are starting to return, it’s likely that physician practices are in for a long, slow rebound. Telemedicine as a percentage of all visits peaked in late April, and by mid-May, in-person visits had reached 55 percent of pre-pandemic levels.

Even if virtual volumes pull back from their COVID high, we’re likely to see telemedicine play a much more expansive role moving forward. Dr. Rushika Fernandopulle, CEO of Iora Health, shared his company’s learnings from their COVID-19 response, predicting that ultimately 70-80 percent of physician encounters could be virtual, necessitating a need to reorganize care delivery around populations, instead of practices.

Expect the next year to be a reckoning as changes in payment and regulations, combined with a heated marketplace for virtual care, continue to shift the balance between in-person and virtual care. 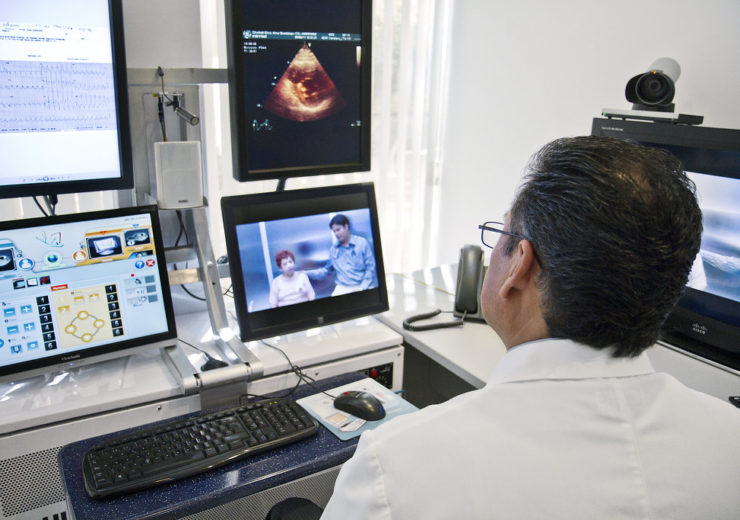 In our decades in healthcare, we’ve never seen a faster care transformation than the rapid growth in telemedicine sparked by COVID-19. Every system we’ve spoken with over the past two months reports its doctors are now performing thousands of “virtual visits” each week, often up from just a handful in February. As one chief digital officer told us, “We took our three-year digital strategic plan and implemented it in two weeks!”

This week, we convened leaders from across our Gist Healthcare membership to share learnings and questions about their telemedicine experiences. COVID-19 brought down regulatory and payment hurdles, as well as internal cultural barriers to adoption—but leaders expressed a concern that current payment levels and physician enthusiasm could dissipate. Some insurers have hinted at pulling back on payment, although they will have a hard time doing so as long as Medicare maintains “parity” with in-person visits.

Switching to 100 percent telemedicine was easier than most doctors anticipated. But as practices now begin to ramp up office visits, new questions are emerging about how to integrate digital and physical visit workflow, requiring providers to rethink office layout and technology within the practice: is there a good physical space in the office to conduct televisits? Zoom and FaceTime have worked in a pinch, but what platform is best for long-term operational sustainability and consumer experience?

Telemedicine has also raised consumer expectations: patients expect providers to be on time for a virtual appointment—setting a bar for punctuality that will likely carry over to their next in-person office visit. Across the rest of this year, health systems and physician groups will continue to push the boundaries of virtual care, establishing how far it can be extended to provide quality care in a host of specialties.

But at the same time, systems must also prepare for growing complexity in 2021: what is the right balance of in-person versus virtual care? How should telemedicine integrate with urgent and emergency care offerings? How should physician compensation change? And as payers and disruptors expand their virtual care offerings, how can providers differentiate their own platforms in the eyes of consumers? We’ll continue to share learnings as our members work through the myriad challenges and opportunities of this new virtual care expansion. 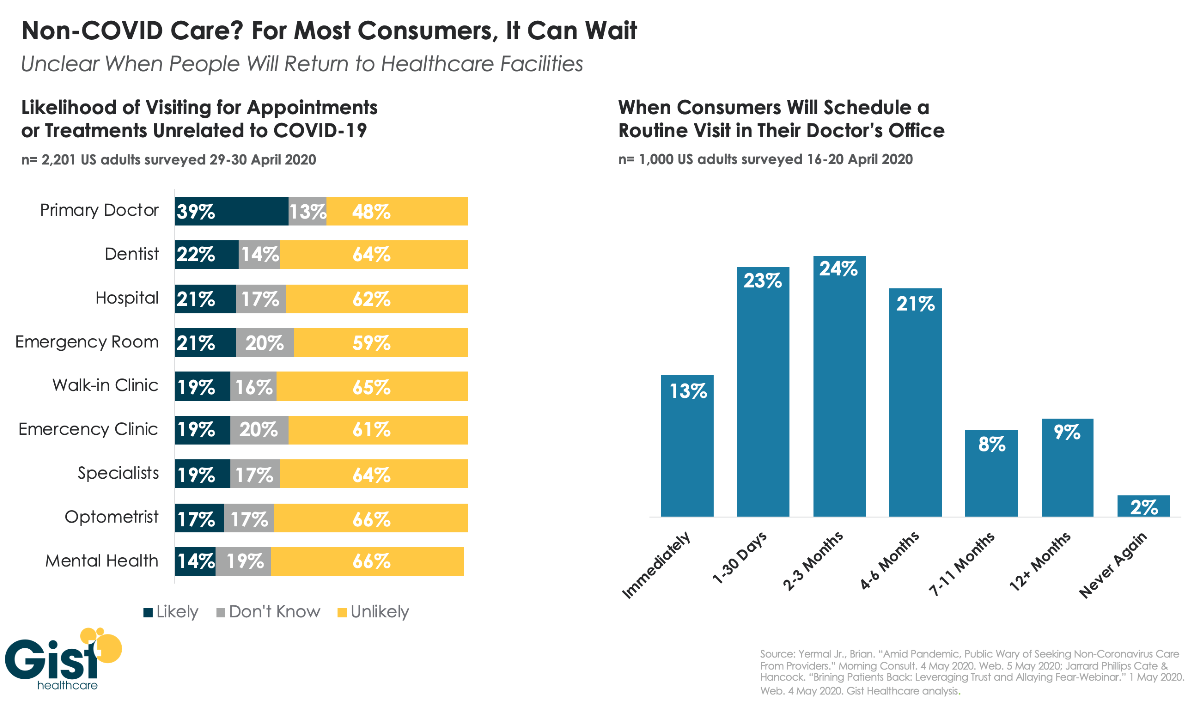 As non-essential businesses begin to reopen, there’s no guarantee that merely opening the doors will make customers return. A recent Morning Consult poll provides an assessment of the impact of COVID-19 on consumer confidence: fewer than one in five US adults are currently comfortable doing (formerly) everyday activities like eating at a restaurant or going to a shopping mall.

The graphic below provides similar data for healthcare. Consumers’ willingness to visit healthcare providers in person for non-COVID care is only slightly better, at 21 percent. Which providers might see patients return most quickly?

Consumers say they are about twice as likely to visit their primary care doctor’s office than other healthcare facilities, including hospitals, specialists, and walk-in clinics. And when it comes to scheduling a routine in-office visit, nearly half say they will wait two to six months, with almost one in ten not comfortable going to a doctor’s office in person for a year or more.

Healthcare facilities face an uphill battle in bringing back patients—many of whom have ongoing chronic diseases that necessitate care now. Reaching patients through telemedicine and providing concrete messages about how they can safely see their doctor will be critical to staving off a tide of disease exacerbations that will mount as fear delays much-needed care.

The new rules come out of the recent public health emergency declaration, building on others announced in late March and early April. This round of changes, which take effect immediately, focuses on expanding testing capacity to help reopen the U.S. economy, according to CMS, along with delivering expanded care to seniors.

The Trump administration, which allowed traditional Medicare to temporarily cover telehealth in March, continues to expand virtual care access. CMS is expanding the types of specialists allowed to provide telehealth services for reimbursement to include physical therapists, occupational therapists, speech language pathologists and others. In the past, only doctors, nurse practitioners, physician assistants and certain others could do so.

Earlier changes included waiving the video requirement for telehealth patients without access to interactive audio-video technology – particularly those in rural areas. CMS is increasing payments for telephone visits from a range of about $14-$41 to about $46-$110, according to the release.

The rollbacks are a “major victory for medicine that will enable physicians to care for their patients, especially their elderly patients with chronic conditions who may not have access to audio-visual technology or high-speed Internet,” the AMA said.

Michael Abrams, managing partner of Numerof & Associates, a healthcare consulting firm, said the current, rapid adoption of telehealth is an experiment, and depending on the results, waivers could eventually become permanent.

“Once you increase pricing, you almost never roll it back,” Abrams said. “If this new pricing on telehealth visits makes it more attractive, attractive enough to substitute telehealth for in-office visits, that not only lowers the cost of care, but makes it very much more accessible, particularly for those whose ability to see a physician is limited.”

In a victory for ACOs, CMS said the value-based organizations wouldn’t incur any financial penalties because of COVID-19 testing and treatment for their patient populations. Roughly 60% of ACOs said previously they were likely to drop out of their risk-based model to avoid potential losses, according to the National Association of ACOs.

CMS is also allowing ACOs to remain at the same level of risk for another year, instead of bumping them up to the next risk level. NAACOs said it was “appreciative” of the changes in a statement, though they asked for additional relief for providers in two-sided risk arrangements.

Other loosened restrictions include those on who can administer COVID-19 diagnostic tests for payment to include any healthcare professional authorized to do so under state law, including pharmacists. Medicare and Medicaid recipients can now get tested at parking lot sites operated by pharmacies and other entities for reimbursement.

Outpatient hospital services such as wound care, drug administration, and behavioral health services can now be delivered in temporary expansion locations, including parking lot tents, converted hotels or patients’ homes for reimbursement, so long as they’re temporarily designated as part of a hospital.

Hospital outpatient departments that relocate off-campus are paid at lower rates under current law, but CMS is making a temporary exception to continue paying those physicians at their standard rates.

The agency will also pay for certain partial hospitalization services – that is, individual psychotherapy, patient education, and group psychotherapy – that are delivered in temporary expansion locations, including patient homes.

CMS is also now requiring nursing homes to inform residents, their families, and representatives of COVID-19 outbreaks in their facilities.

It’s entirely understandable that consumers would be reticent to visit in-person care settings right now. Given that doctors’ offices and urgent care facilities are where sick people congregate, a patient might well assume their chances of contracting COVID-19 would be higher there than in almost any other public space. But a story we heard this week from a health system chief strategy officer (CSO) reveals just how frightened patients may be to return.

Last week the system began to reach out to patients who had positive screening mammograms in February, before elective procedures and tests were cancelled, and who now needed to return for more detailed diagnostic images. A full 75 percent of these patients were unwilling to schedule a diagnostic mammogram within the next month, with one patient even saying, “I’ll take my chances with breast cancer over COVID!”.

Women with a concerning mammogram finding are typically among the most motivated patients in seeking follow-up care. If a majority of them are unwilling to pursue in-person follow-up, the same will likely be true of scores of patients with other possible cancers, heart disease, and other serious conditions. As fear delays needed care, patients are likely to end up much sicker, with more advanced disease, when they do return. With rigorous attention to symptom and temperature screening, visiting a doctor’s office should be less risky than going to the grocery store—but providers will have to publicly communicate the steps they are taking to keep patients safe before many will be willing to come in the door.