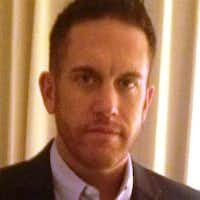 An embattled Dallas laboratory company accused of masterminding a $100 million fraud through bribes and kickbacks is fighting to keep its licenses to stay in business, according to a federal civil lawsuit.

Lawyers for Next Health and Medicus Laboratories filed a lawsuit on Aug. 18 against state and federal officials and agencies, seeking a temporary restraining order and injunction to stop them from suspending or revoking the company’s federal laboratory licenses.

Such a move would effectively put them out of business, the lawsuit says. Federal inspectors said they found regulatory violations without offering specifics, according to Next Health’s lawsuit.

That’s not the company’s only concern.

Two of Next Health’s principals, Andrew Hillman and Semyon Narosov, are currently facing federal bribery and kickback charges along with 19 others in connection with the former doctor-owned hospital chain Forest Park Medical Center. Prosecutors say the hospital paid about $40 million in bribes and kickbacks in exchange for patient referrals that generated $200 million in paid claims.

The $100 million fraud allegation against Next Health comes from a lawsuit UnitedHealthcare filed in February against the company, with allegations similar to those in the criminal case. The insurer alleges that Next Health paid bribes and kickbacks to doctors and other providers between 2011 and 2016 for overpriced and unnecessary drug and genetic tests.

Legal observers say laboratories are under intense federal scrutiny due to concerns that some are paying doctors to order genetic and drug tests that aren’t medically necessary.

Four Austin men, for example, were indicted in Dallas in July, accused of paying kickbacks to physicians for ordering bogus urine tests at North Texas labs. Another Texas lab company, Sky Toxicology, is fighting similar allegations from UnitedHealthcare in a lawsuit in San Antonio. Sky lawyer David Navarro said, “We intend to pursue our claims and vigorously defend against United’s counterclaims.”

Jeffrey Baird, a health care attorney in Amarillo, said many new testing labs have opened across the nation over the past two years. He said he advises his clients not to pay marketers any commissions to find specimens for testing due to the federal anti-kickback law.

“Anytime somebody figures out that a government program is paying money for something, you’re going to have folks try to figure out how to access that money,” he said.

Once federal authorities shut down one abusive practice, fraudsters figure out another way to bill for unnecessary medical services, he added. “It’s whack-a-mole. It’s almost this cat-and-mouse game,” Baird said.

Next Health is the majority owner of Medicus, a clinical testing laboratory that became a Medicare provider in 2010, court records say. UnitedHealthcare says in its lawsuit that Hillman and Narosov control Next Health.

Medicus in 2014 paid $5 million to settle a federal civil complaint that it defrauded Medicare over urine testing services. Next Health says Medicus has stopped certain testing “out of an abundance of caution” and also ceased operations at four other labs it owns because of the latest controversy.

Next Health and Medicus allege that state and federal officials have a “premeditated intent to shut down the plaintiff’s business operations” and are not following their own rules and procedures.

Company representatives could not be reached for comment. But in court documents, they say they were not given time to correct “alleged deficiencies.”

A team of state and federal inspectors arrived at Medicus’ laboratory in April for a five-day inspection, reportedly in response to an anonymous complaint, the lawsuit said. The team also inspected five other labs owned in part by Next Health, the lawsuit said.

Next Health’s chief compliance officer, who accompanied the inspectors, noticed a copy of an email left in plain sight from one team member to others, saying the labs had received ample media attention and that the inspectors needed to find a way to pursue a “complaint investigation,” the lawsuit said.

“Defendants’ employees and agents were instructed to make findings that would close down plaintiffs’ operations before they even went to plaintiff’s laboratories,” the suit says.

The email is proof, the lawsuit says, that the inspection was not due to a complaint but part of an effort to shut down Medicus’ lab and prevent Next Health from running any other labs “through a regulatory ban.”

A May 10 letter from the Centers for Medicare & Medicaid Services to Next Health and Medicus officials — appended in the lawsuit — said inspectors found problems with testing.

“Your laboratory demonstrated systemic and pervasive problems throughout the laboratory which has led to the findings of immediate jeopardy,” the letter says.

A finding of immediate jeopardy allows CMS to suspend, limit or revoke a laboratory’s license to operate without a hearing or opportunity for the lab to refute the allegations, the lawsuit says.

A CMS representative said the agency does not comment on pending lawsuits.

It’s not the first time Hillman has been in trouble with the law over alleged health care fraud.

In 2005, Hillman and his high school friend, Jason White, were indicted on mail fraud and health care fraud charges for an alleged scheme to defraud workers’ compensation insurance companies by getting them to pay for unnecessary medical equipment.

The following year, the U.S. attorney’s office in Dallas dropped the charges against Hillman after White took blame for the fraud and said Hillman had nothing to do with it, according to court records. That came after White had already pleaded guilty to conspiring with Hillman to commit the fraud, court records show.

Hillman was indicted for a second time in November — in the Forest Park Medical case — along with Narosov, a licensed physical therapist.

The indictment says the hospital paid Hillman and Narosov about $190,000 in kickbacks and bribes for referring patients to Forest Park Medical for surgeries and other procedures.

Both men have pleaded not guilty in that case and have filed a motion to dismiss the indictment. Attorneys for Hillman and Narosov said in court filings that their clients are not part of the alleged conspiracy and that the five-year statute of limitations bars charges against their clients in the case.

Narosov’s lawyer declined to comment. Hillman and Next Health and their lawyers could not be reached for comment.

One of Next Health’s former marketing contractors was implicated in an unrelated criminal case involving an alleged laboratory kickback scheme.

Erik Bugen, of Austin, was indicted in July. Prosecutors say a company he co-founded, the ADAR Group, drummed up unnecessary tests for different labs and got the military’s health care system, Tricare, to pay for them. Soldiers were given Wal-Mart gift cards in exchange for providing saliva and urine, the criminal filing said.

Bugen has pleaded not guilty. He and his lawyer could not be reached.

The ADAR Group also found specimens for Next Health by giving people $50 gift cards to urinate in cups at Whataburger restrooms, according to the UnitedHealthcare lawsuit. Next Health labs conducted the tests under the guise of a “wellness study,” the lawsuit alleges.

Next Health lawyers have filed a motion to dismiss the lawsuit, saying UnitedHealthcare has failed to show any evidence of fraud.

“UHC has failed to allege any facts demonstrating a ‘meeting of the minds’ necessary to establish a claim for ‘conspiracy to commit fraud,’” said Ernest Martin Jr., one of the Next Health’s attorneys, in the filing.

Martin said doctors referring specimens for testing at the Next Health labs “exercise independent professional judgment in determining what testing services are appropriate and necessary.”