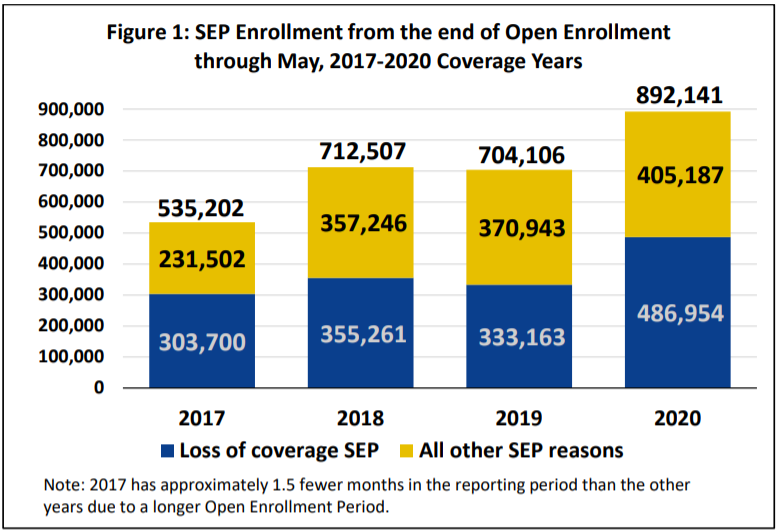 The pandemic has battered the economy, causing historic levels of unemployment. For many Americans, healthcare coverage is tethered to their jobs. As such, the pandemic is not only a threat to Americans’ health but their ability to pay for the care they need, sick with COVID-19 or not.

As many as 27 million Americans may have lost job-based coverage between March and May of this year, according to a recent analysis from the Kaiser Family Foundation.

Of the newly uninsured, about half (12.7 million) would be eligible for Medicaid coverage, according to Kaiser’s estimates. There are a few options for workers out of a job and insurance. They can opt to extend their coverage through COBRA, enroll in coverage through the exchanges, or check to see if they qualify for Medicaid.

This week, CMS attempted to quantify just how many out-of-work Americans were turning to the exchanges.

If the trend continues, it may fuel a significant shift in health insurance. For years, a majority have received commercial coverage through work. Even health insurers recognize disruption is on the horizon.

Many of the nation’s largest insurers are bracing for a shift from their commercial book of business to covering more Medicaid enrollees through their contracts with states. Earlier this year, Molina, Centene and Anthem all said they expect upticks in their Medicaid membership and exchange products.