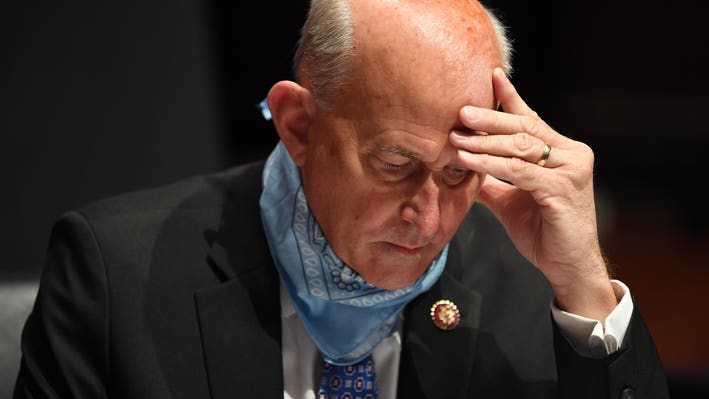 A Republican congressman from Texas who said last month that he doesn’t wear a mask on the House floor because he doesn’t have Covid-19 tested positive for the virus Wednesday, according to a Politico report citing anonymous sources.

Rep. Louie Gohmert was reportedly diagnosed Wednesday morning during routine White House testing, required because he was slated to travel to Texas with President Donald Trump later in the day, Politico reported.

Gohmert has been seen not wearing his mask on the floor, and told CNN in June it’s because he is tested often enough to be aware of his status.

Gohmert was present at the House for Tuesday’s Attorney General Bill Barr hearings without a mask.

According to media reports, Gohmert is at least the eighth member of Congress to have been infected with the virus that has also been detected in more than 4.3 million Americans. Gohmert’s state, Texas, has been one of the worst-hit in the union.