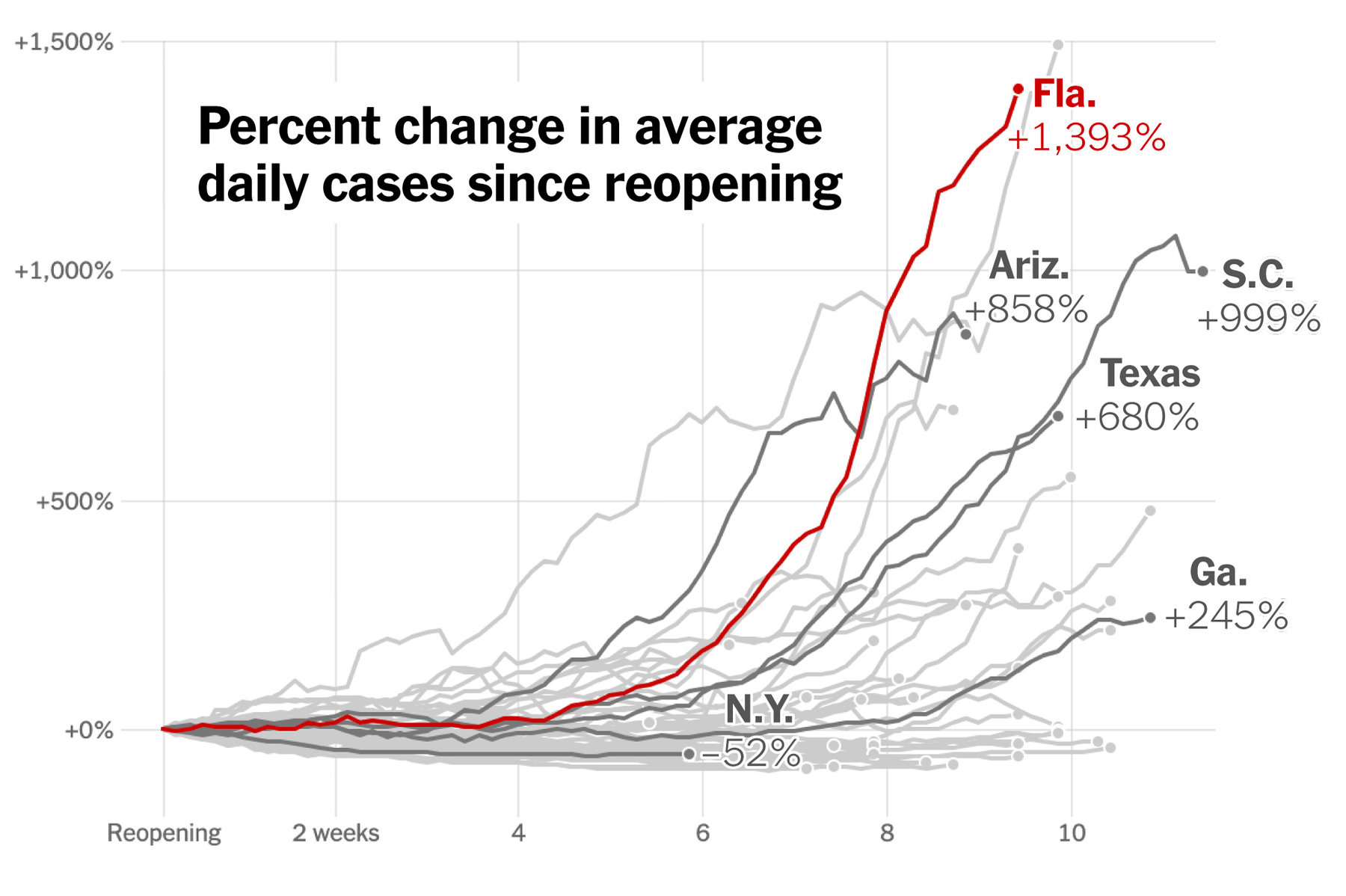 The United States saw a devastating surge in coronavirus infections during July, with more than 1.9 million new cases in total reported — by far the most tallied in a single month and a grim sign that the country had lost its grip on the pandemic.

The month’s infection total reported by states was more than double that of June and represents about 42 percent of the 4.5 million cases the country has logged since the outbreak started, according to tracking by The Washington Post. Nationwide, testing has steadily increased — in July, it rose from about 600,000 to 820,000 tests per day — but soaring positivity rates and hospitalizations made clear that virus transmission was accelerating.

Coronavirus-related deaths also rose after declining during April and May: The country saw 25,259 fatalities in July, up more than 3,700 from the previous month, according to The Post’s data. Health experts predicted daily deaths would continue to trend upward in August, trailing spikes in infections by a few weeks. To date, more than 150,000 people in the United States have died of covid-19, the disease the novel coronavirus causes.

Amid the rise in infections and deaths, the country’s virus response remains fractured and halting. Officials at all levels of government spent July sparring over whether to roll back reopening plans and institute mask mandates and other public health requirements recommended by leading health experts.

The pandemic has also had a harsh impact on the economy, with the nation’s gross domestic product shrinking at an annual rate of 32.9 percent in the second quarter. At midnight Friday, tens of millions of American workers lost $600 weekly unemployment payments after congressional leaders failed to reach an agreement on how to extend the benefit, which has helped keep many households afloat the past four months.