The U.S. passed 250,000 confirmed deaths from COVID-19 this week, a figure that is truly vast — too vast, perhaps, for us to comprehend.

Why it matters: The psychic numbing that sets in around mass death saps us of our empathy for victims and discourages us from making the sacrifices needed to control the pandemic, whileit hampers our ability to prepare for other rare but potentially catastrophic risks down the road.

By the numbers: The sheer scale of the U.S. death toll from COVID-19 can be felt in the lengths media organizations have gone to try to put the numbers in perspective. 250,000 deaths is:

Even if we try our best to grasp mass death, we inevitably come up against cognitive biases, says Paul Slovic, a psychologist at the University of Oregon who studies human judgment and decision-making.

This is, of course, not rational — by any reasonable, moral calculation, we should find 250,000 deaths commensurately more horrifying than a smaller number. But in practice we don’t, almost as if we had a set capacity for empathy and concern that tops out well below the scale of a pandemic.

How it works: In a study following the 1994 Rwandan genocide, in which 800,000 people were killed in a matter of months, Slovic and his colleagues asked a group of volunteers to imagine they were in charge of a refugee camp.

What to watch: These same cognitive biases make it difficult for us to fully appreciate chronic threats like climate change, or to prepare for rare but catastrophic risks in the future — like a pandemic.

The bottom line: As the death toll rises, it will take willful effort not to become numb to what’s happening. But it is an effort that must be made.

How the psychology of a $4.99 price tag might influence who undergoes heart surgery 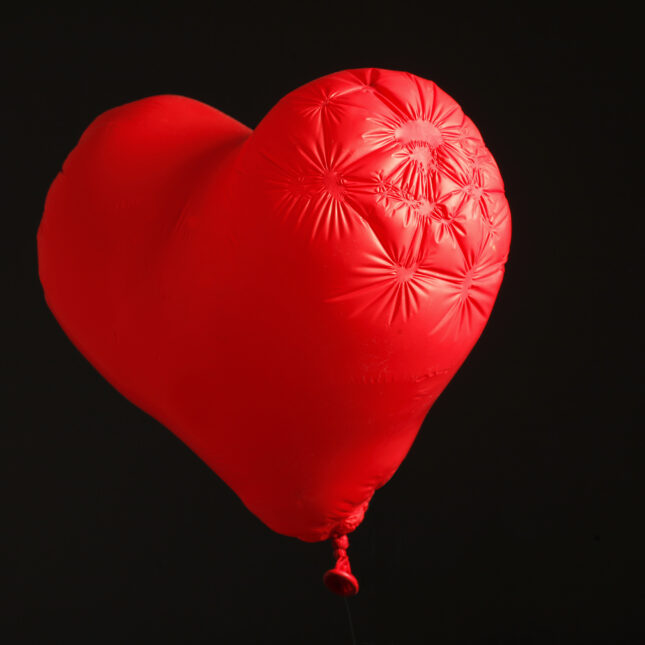 Health economists aren’t generally known for their humor. There’s something about Medicaid that’s just deeply unfunny. Make a joke, and the punch line may well be deadly. As one quip goes: What do affordable health care and sarcasm have in common? Most Americans just don’t get it.

So it might come as a surprise that, over the last few years, a team of economists in Boston, New York, and Porto Alegre, Brazil, began to ponder a wisecrack of a research question: How is a hospital like a used car lot?

Predictably, they weren’t kidding. They knew, from a 2012 study of 22 million transactions, that a slight shift in an old clunker’s mileage could significantly change how much a buyer is willing to pay for it. An odometer just above 10,000 miles entailed an irrational reduction in price.

“A car with 9,999 miles is basically the same as a car with 10,001 miles, but the mind may perceive that the 9,999-mile car is in the nine thousands,” explained Dr. Anupam Bapu Jena, an associate professor of health care policy and medicine at Harvard Medical School.

Now, he and his colleagues wanted to see whether that sort of thinking — a big decision based on a single piddling digit — might be taking place in the hospital, when doctors figure out whether an older heart attack patient should get bypass surgery.

The results, published Wednesday in the New England Journal of Medicine, aren’t funny. Among thousands of Medicare recipients admitted to the hospital with heart attacks, 7% of those who would turn 80 in a few weeks got the operation, while 5.3% of those who were just past that milestone birthday did, even though their conditions were similar. Meanwhile, the researchers didn’t see that sort of discrepancy between patients just shy of their 77th, 78th, 79th, 81st, 82nd, or 83rd birthdays and those just past them.

To the researchers, it’s a sign that the fallacy seen in the used car market is also at play in the clinic. In both cases, people are often right to be wary of higher numbers. More miles entail more wear and tear. The older you get, the likelier it is that an operation’s risks outweigh the benefits. Yet to arbitrarily — and perhaps, unknowingly — fixate on the threshold at which patients pass from their 70s into their 80s seems like an example of what’s called the “left-digit bias” — our tendency to pay more attention to the digit we read first, which explains why a corner store might shave a price down from $5 to $4.99.

“Studies like this are really to show physicians, ‘Here’s a common mistake or error that people make,’” said Andrew Olenski, an economics Ph.D. student at Columbia and the paper’s first author. “This is not to say, ‘You should now be giving a lot more bypass surgeries to 80-year-olds than you would have.”

Yet Dr. Ruth Benson, a vascular surgeon at the University of Birmingham, in England, who was not involved in the study, cautioned that this sort of correlational research can’t tell us what causes such disparities or what the implications are. To her, it’s “a snapshot that raises more questions than answers.”

It’s hardly surprising that doctors might make choices shaped by unconscious bias. We all do. We think memorable anecdotes are representative. We give too much credence to evidence that fits our beliefs and discount everything else. Those same fallacies, famously described by economist Daniel Kahneman and psychologist Amos Tversky, creep into the highly trained thinking of physicians, too.

As Dr. Silvia Mamede, associate professor at the Institute of Medical Education Research in Rotterdam, put it, it’s easy enough for a physician’s mind to snag on some salient feature in a patient’s case — a mother who had tuberculosis, say — and allow that to shape the ensuing thoughts and questions, or to let a supervisor’s hypothesis influence the interpretation of a suite of symptoms.

In 2017, for instance, one of the authors of the new study, Columbia University’s Stephen Coussens, had found that people arriving at the emergency room were much more likely to get certain blood tests to look for heart disease if they’d just turned 40 then if they were enjoying the last weeks of being 39.

To Mamede, that earlier study fit the general pattern of medical decision-making research. “Most studies are on bias in diagnosis,” she said. It’s an easier situation in which to understand potential fallacies because there’s often a right answer that can be confirmed in the lab. “But with treatment,” Mamede went on, “it’s difficult to say.” Even with guidelines, the variables are often so complex that the correct treatment is a matter of debate.

That makes the new study stand out — but also raises questions.

It’s unclear what the findings mean for heart attack patients who are about to turn or have just turned 80. As Dr. Donald Redelmeier, a professor of medicine at the University of Toronto, explained, “The study does not answer the question about which rate is right, i.e. whether there’s too much surgery going on beforehand or too little afterward.”

The researchers did find that 17.7% of those who were about to turn 80 died within 30 days of being hospitalized, while the rate was 19.8% for those who’d just passed their birthdays — but that difference can’t necessarily be explained by the discrepancies in the percentage of patients getting surgery. To Jena, unconscious biases are more likely to come into play not for the healthiest or the most frail — not for the 65-year-old at death’s door or for the healthy-as-an-ox 82-year-old marathon runner — but for those borderline cases in which it’s hard to make a call.

The procedure is deeply invasive. It involves putting a patient on a machine that acts as an external heart and lungs. A surgeon slits the skin of the chest and breaks through the flat of the sternum with a motorized saw, allowing the operating team to take a snip of a vessel from elsewhere in the body and sew it in as a detour around a blocked artery so that blood can keep flowing normally. For some patients, medications might be a better option; for others, it might be advisable to try threading in a little balloon to break up the blockage through a tiny keyhole incision in the arm or the groin, and then to put in a metal stent to prop open the vessel.

Even among cardiac surgeons at Jena’s own hospital, who weren’t involved in the research, the reaction to these findings changed from person to person. To Dr. George Tolis Jr., surgical director of coronary bypass surgery at Massachusetts General Hospital, the analysis didn’t seem detailed enough to say whether this was something he needed to worry about. He wondered, for example, whether those patients who didn’t get surgery had even been referred to a surgeon.

“A surgeon, in order to turn down a patient, needs to know about the patient. Did these surgeons know about these patients and either unconsciously or consciously turn them down? That’s a key missing element here,” he said, adding: “Before raising flags of concern, we have to understand what the source of the initial decision is.”

Meanwhile, Dr. Thoralf Sundt, chief of cardiac surgery at the same hospital, saw the research as a useful reminder — even if to him the findings do not show an act of age discrimination. “We need to understand ourselves better and understand these subtle biases so we can control for them,” he said. “It’s not sinister. It’s human. We’re all built this way.”