Facilities are faring better in states that expanded Medicaid, according to a new Commonwealth Fund report.

A year after facing a federal funding cliff, CHCs in expansion states are thriving.

CHCs provide care to 27 million patients each year, according to the Health Resources and Services Administration.

The financial stability of CHCs, which serve medically vulnerable communities, is a benefit for health systems.

Community health centers (CHC) operating in states that expanded Medicaid under the ACA are 28% more likely to report improvements to their financial stability, according to a Commonwealth Fund report released Thursday morning.

CHCs in Medicaid expansion states reported were more likely to report improvements in their ability to provide affordable care to patients, 76%, than their counterparts in non-expansion states, 52%.

These facilities reported higher levels of unfilled job openings for mental health professional and social workers, while also implying a greater openness to operating under a value-based payment model.

The success and viability of CHCs are essential for larger health systems, according to Melinda K. Abrams, M.S., vice president and director of the Commonwealth Fund’s Health Care Delivery System Reform program, adding that CHCs act as a strong foundation for providing primary care to medically vulnerable populations in rural communities.

Abrams said that by making sure patients are insured and receiving care up front, rather than delaying treatment and exacerbating their condition, they are less likely to end up in a hospital emergency room and contribute to a rise in uncompensated care for hospitals.

She also told HealthLeaders that populations with higher enrollment rates make it easier for CHCs to innovate, invest in technology, hire new staff, train existing the workforce, and adopt new models of care.

“[Medicaid expansion] makes it a lot easier to provide high-quality comprehensive care when [a CHC’s] patients have health insurance,” Abrams said. “In this particular instance, it’s a lot easier to innovate and have financial stability when you have more paying patients, which means that it is easier if you are [a CHC] in a state that has expanded Medicaid.”

The Commonwealth Fund report provides a welcome note of positivity for CHCs, which serve vulnerable populations primarily composed by the uninsured, but have faced funding challenges in the past.

During the budget battles that produced multiple government shutdowns throughout the early portion of 2018, advocates wondered anxiously whether Congress would provide long term funding to the nearly 1,400 CHCs operating at nearly 12,000 service delivery sites across the country.

According to the Health Resources and Services Administration, CHCs provide care to more than 27 million patients annually.

The Community Health Center Fund (CHCF), created in 2010 as a result of the ACA, is the largest source of comprehensive primary care for medically underserved communities, according to the Kaiser Family Foundation.

However, Abrams said that Medicaid expansion has also been a beneficial tool for CHCs, as they have begun to see more insured patients while also benefiting from Medicaid reimbursements, even though they are low compared to other reimbursement rates.

CHCs in states that expanded Medicaid have been able to grow the services that are offered while assisting in the ongoing fight against the opioid epidemic, according to the Commonwealth Fund report.

Abrams said that one downside to the growing success of CHCs have been the unfilled positions, mostly for mental health providers, that are falling behind rising demand levels, though she added that this finding is not surprising.

“I think it’s in part because the supply of the workforce is lagging a little bit behind the demand,” Abrams said. “There’s no reason to think that over time that this gap wouldn’t be closed. But we did find that as a challenge, that [CHCs] have a lot of positions open [yet] they’re hiring. A number of these CHCs are in economically depressed areas, so the good news is that there are some jobs available.”

CHCs are much more likely to participate in value-based payment models as a result of Medicaid expansion, with Abrams explaining that changes in payments and delivery models are common during insurance expansions.

She sees the continued progress made on the value-based front by CHCs as a way to “promote better healthcare and save money” over time.

Making people pay more of their health care bill out of pocket does not make them smarter shoppers, according to a new study published in Health Affairs, which corroborates earlier research.

The big picture: Part of the idea behind those ever-increasing insurance deductibles is that patients who have to put more of their own money on the line will become better consumers, comparison-shopping for the highest-quality, lowest-cost services.

What they’re saying: In the Health Affairs survey of people with high-deductible plans …

Between the lines: People don’t do these things because they don’t even think of it, or assume it won’t work. Or, to borrow some truly glorious academic-speak: “Perceptions of futility were common impediments to engagement.”

Yes, but: There’s some evidence that if patients try to avail themselves of comparison-shopping tools, they can achieve real savings, at least for MRIs and other imaging procedures.

Bloomberg looks at an important trend in health care coverage: the rise of employer-based high-deductible plans that mean many patients and families simply can’t afford to get sick.

Some companies are now rethinking those policies, Bloomberg’s John Tozzi and Zachary Tracer report, after realizing that their goal of reducing costs by getting patients to have more “skin in the game” instead led workers to delay or forgo care, including medications. Patients didn’t become “better” health-care consumers. They simply cut back on what they thought they couldn’t afford — potentially driving up costs in the long run.

“High-deductible plans do reduce health-care costs, but they don’t seem to be doing it in smart ways,” said Neeraj Sood, director of research at the Leonard D. Schaeffer Center for Health Policy and Economics at the University of Southern California.

The key quote: “Why did we design a health plan that has the ability to deliver a $1,000 surprise to employees?” Shawn Leavitt, a senior human resources executive at Comcast, said at a recent conference, according to Bloomberg. “That’s kind of stupid.”

Why it matters: As employers move away from simply shifting more and more costs to their workers, Axios’ Sam Baker notes, they’re also paying more attention to bringing down underlying health care prices . 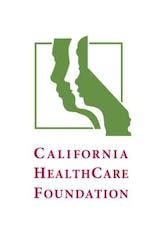 In 2017 researchers at The Mongan Institute, Massachusetts General Hospital, and Harvard Medical School sought to answer the following questions: How affordable do Californians in the individual health insurance market perceive their insurance to be? How affordable do they perceive their out-of-pocket costs for medical care to be? How frequently do they report delaying or avoiding medical care because of costs? How frequently do they report cutting back on other necessities (like food, rent, other basics) or borrowing money to pay for care?

1. On average, 40% of enrollees reported having some difficulty paying their monthly insurance premiums. Sicker enrollees and African American enrollees were more likely to report having difficulty.

3. Almost one in four enrollees (24%) who reported needing care delayed/avoided care due to costs.

4. Close to one in three (32%) enrollees reported some sort of financial stress due to health care costs: They reported cutting necessities, borrowing money, or both. This was more common among lower-income enrollees, African American enrollees, and sicker enrollees.