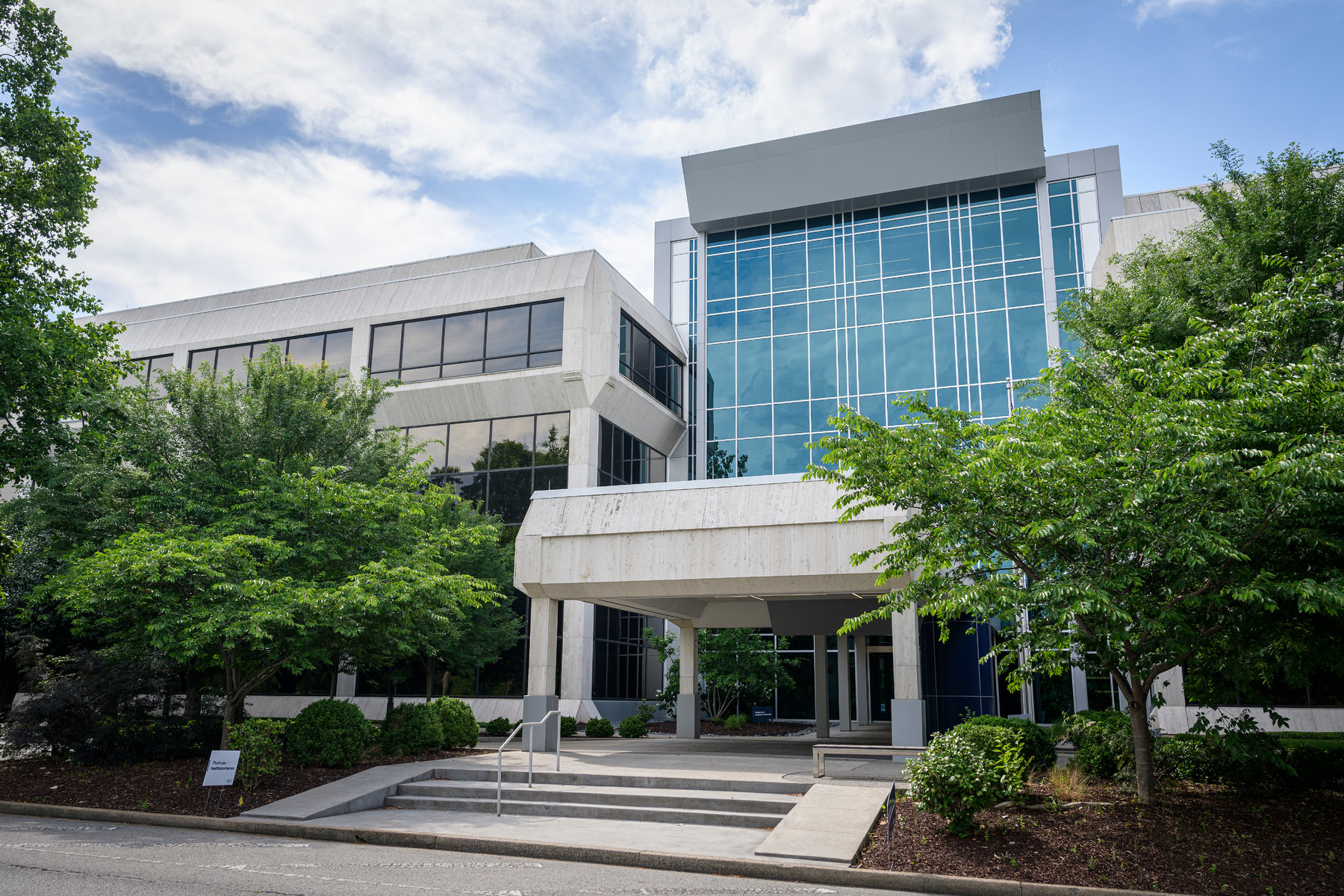 Dozens of top recipients of government aid have laid off, furloughed or cut the pay of tens of thousands of employees.

HCA Healthcare is one of the world’s wealthiest hospital chains. It earned more than $7 billion in profits over the past two years. It is worth $36 billion. It paid its chief executive $26 million in 2019.

But as the coronavirus swept the country, employees at HCA repeatedly complained that the company was not providing adequate protective gear to nurses, medical technicians and cleaning staff. Last month, HCA executives warned that they would lay off thousands of nurses if they didn’t agree to wage freezes and other concessions.

A few weeks earlier, HCA had received about $1 billion in bailout funds from the federal government, part of an effort to stabilize hospitals during the pandemic.

HCA is among a long list of deep-pocketed health care companies that have received billions of dollars in taxpayer funds but are laying off or cutting the pay of tens of thousands of doctors, nurses and lower-paid workers. Many have continued to pay their top executives millions, although some executives have taken modest pay cuts.

The New York Times analyzed tax and securities filings by 60 of the country’s largest hospital chains, which have received a total of more than $15 billion in emergency funds through the economic stimulus package in the federal CARES Act.

The hospitals — including publicly traded juggernauts like HCA and Tenet Healthcare, elite nonprofits like the Mayo Clinic, and regional chains with thousands of beds and billions in cash — are collectively sitting on tens of billions of dollars of cash reserves that are supposed to help them weather an unanticipated storm. And together, they awarded the five highest-paid officials at each chain about $874 million in the most recent year for which they have disclosed their finances.

At least 36 of those hospital chains have laid off, furloughed or reduced the pay of employees as they try to save money during the pandemic.

Industry officials argue that furloughs and pay reductions allow hospitals to keep providing essential services at a time when the pandemic has gutted their revenue.

But more than a dozen workers at the wealthy hospitals said in interviews that their employers had put the heaviest financial burdens on front-line staff, including low-paid cafeteria workers, janitors and nursing assistants. They said pay cuts and furloughs made it even harder for members of the medical staff to do their jobs, forcing them to treat more patients in less time.

Even before the coronavirus swept America, forcing hospitals to stop providing lucrative nonessential surgery and other services, many smaller hospitals were on the financial brink. In March, lawmakers sought to address that with a vast federal economic stimulus package that included $175 billion for the Department of Health and Human Services to hand out in grants to hospitals.

But the formulas to determine how much money hospitals receive were based largely on their revenue, not their financial needs. As a result, hospitals serving wealthier patients have received far more funding than those that treat low-income patients, according to a study by the Kaiser Family Foundation.

One of the bailout’s goals was to avoid job losses in health care, said Zack Cooper, an associate professor of health policy and economics at Yale University who is a critic of the formulas used to determine the payouts. “However, when you see hospitals laying off or furloughing staff, it’s pretty good evidence the way they designed the policy is not optimal,” he added.

The Mayo Clinic, with more than eight months of cash in reserve, received about $170 million in bailout funds, according to data compiled by Good Jobs First, which researches government subsidies of companies. The Mayo Clinic is furloughing or reducing the working hours of about 23,000 employees, according to a spokeswoman, who was among those who went on furlough. A second spokeswoman said that Mayo Clinic executives have had their pay cut.

Seven chains that together received more than $1.5 billion in bailout funds — Trinity Health, Beaumont Health and the Henry Ford Health System in Michigan; SSM Health and Mercy in St. Louis; Fairview Health in Minneapolis; and Prisma Health in South Carolina — have furloughed or laid off more than 30,000 workers, according to company officials and local news reports.

The bailout money, which hospitals received from the Health and Human Services Department without having to apply for it, came with few strings attached.

Katherine McKeogh, a department spokeswoman, said it “encourages providers to use these funds to maintain delivery capacity by paying and protecting doctors, nurses and other health care workers.” The legislation restricts hospitals’ ability to use the bailout funds to pay top executives, although it doesn’t stop recipients from continuing to award large bonuses.

The hospitals generally declined to comment on how much they are paying their top executives this year, although they have reported previous years’ compensation in public filings. But some hospitals furloughing front-line staff or cutting their salaries have trumpeted their top executives’ decisions to take voluntary pay cuts or to contribute portions of their salary to help their employees.

The for-profit hospital giant Tenet Healthcare, which has received $345 million in taxpayer assistance since April, has furloughed roughly 11,000 workers, citing the financial pressures from the pandemic. The company’s chief executive, Ron Rittenmeyer, told analysts in May that he would donate half of his salary for six months to a fund set up to assist those furloughed workers.

But Mr. Rittenmeyer’s salary last year was a small fraction of his $24 million pay package, which consists largely of stock options and bonuses, securities filings show. In total, he will wind up donating roughly $375,000 to the fund — equivalent to about 1.5 percent of his total pay last year.

A Tenet spokeswoman declined to comment on the precise figures.

The chief executive at HCA, Samuel Hazen, has donated two months of his salary to a fund to help HCA’s workers. Based on his pay last year, that donation would amount to about $237,000 — or less than 1 percent — of his $26 million compensation.

“The leadership cadre of these organizations are going to need to make sacrifices that are commensurate with the sacrifices of their work force, not token sacrifices,” said Jeff Goldsmith, the president of Health Futures, an industry consulting firm.

Many large nonprofit hospital chains also pay their senior executives well into the millions of dollars a year.

Dr. Rod Hochman, the chief executive of the Providence Health System, for instance, was paid more than $10 million in 2018, the most recent year for which records are available. Providence received at least $509 million in federal bailout funds.

A spokeswoman, Melissa Tizon, said Dr. Hochman would take a voluntary pay cut of 50 percent for the rest of 2020. But that applies only to his base salary, which in 2018 was less than 20 percent of his total compensation.

Some of Providence’s physicians and nurses have been told to prepare for pay cuts of at least 10 percent beginning in July. That includes employees treating coronavirus patients.

Stanford University’s health system collected more than $100 million in federal bailout grants, adding to its pile of $2.4 billion of cash that it can use for any purpose.

Stanford is temporarily cutting the hours of nursing staff, nursing assistants, janitorial workers and others at its two hospitals. Julie Greicius, a spokeswoman for Stanford, said the reduction in hours was intended “to keep everyone employed and our staff at full wages with benefits intact.”

Ms. Greicius said David Entwistle, the chief executive of Stanford’s health system, had the choice of reducing his pay by 20 percent or taking time off, and chose to reduce his working hours but “is maintaining his earning level by using paid time off.” In 2018, the latest year for which Stanford has disclosed his compensation, Mr. Entwistle earned about $2.8 million. Ms. Greicius said the majority of employees made the same choice as Mr. Entwistle.

HCA’s $1 billion in federal grants appears to make it the largest beneficiary of health care bailout funds. But its medical workers have a long list of complaints about what they see as penny-pinching practices.

Since the pandemic began, medical workers at 19 HCA hospitals have filed complaints with the Occupational Safety and Health Administration about the lack of respirator masks and being forced to reuse medical gowns, according to copies of the complaints reviewed by The Times.

Ed Fishbough, an HCA spokesman, said that despite a global shortage of masks and other protective gear, the company had “provided appropriate P.P.E., including a universal masking policy implemented in March requiring all staff in all areas to wear masks, including N95s, in line with C.D.C. guidance.”

Celia Yap-Banago, a nurse at an HCA hospital in Kansas City, Mo., died from the virus in April, a month after her colleagues complained to OSHA that she had to treat a patient without wearing protective gear. The next month, Rosa Luna, who cleaned patient rooms at HCA’s hospital in Riverside, Calif., also died of the virus; her colleagues had warned executives in emails that workers, especially those cleaning hospital rooms, weren’t provided proper masks.

Around the time of Ms. Luna’s death, HCA executives delivered a warning to officials at the Service Employees International Union and National Nurses United, which represent many HCA employees. The company would lay off up to 10 percent of their members, unless the unionized workers amended their contracts to incorporate wage freezes and the elimination of company contributions to workers’ retirement plans, among other concessions.

Nurses responded by staging protests in front of more than a dozen HCA hospitals.

“We don’t work in a jelly bean factory, where it’s OK if we make a blue jelly bean instead of a red one,” said Kathy Montanino, a nurse treating Covid-19 patients at HCA’s Riverside hospital. “We are dealing with people’s lives, and this company puts their profits over patients and their staff.”

Mr. Fishbough, the spokesman, said HCA “has not laid off or furloughed a single caregiver due to the pandemic.” He said the company had been paying medical workers 70 percent of their base pay, even if they were not working. Mr. Fishbough said that executives had taken pay cuts, but that the unions had refused to take similar steps.

“While we hope to continue to avoid layoffs, the unions’ decisions have made that more difficult for our facilities that are unionized,” he said. The dispute continues.

Apparently anticipating a strike, a unit of HCA recently created “a new line of business focused on staffing strike-related labor shortages,” according to an email that an HCA recruiter sent to nurses.

The email, reviewed by The Times, said nurses who joined the venture would earn more than they did in their current jobs: up to $980 per shift, plus a $150 “Show Up” bonus and a continental breakfast.