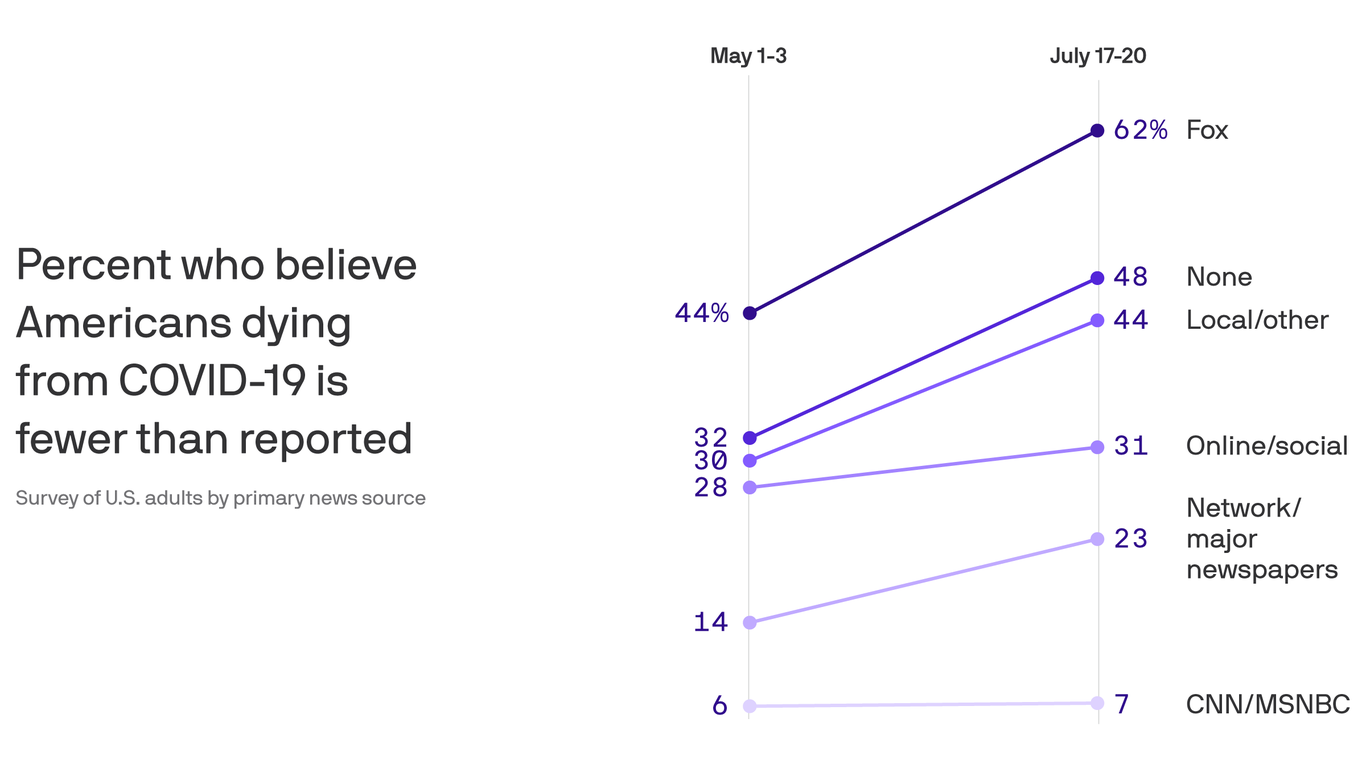 A rising number of Americans — now nearly one in three — don’t believe the virus’ death toll is as high as the official count, despite surging new infections and hospitalizations, per this week’s installment of the Axios-Ipsos Coronavirus Index.

Between the lines: Republicans, Fox News watchers and people who say they have no main source of news are driving this trend.

Why it matters: It shows President Trump’s enduring influence on his base, even as Americans overall say they are increasingly dissatisfied with his handling of the virus and political support is shifting toward Joe Biden.

What they’re saying: “We live in highly tribal and partisan times, and people are more likely to believe cues and signals from their political leaders than the scientists or the experts,” says Cliff Young, president of Ipsos U.S. Public Affairs.

Here’s what’s driving the shift in Week 17 of our national survey:

Where you get your news has a strong correlation to your faith in the numbers.

The big picture: The survey shows most Americans are digging in for a long fight against the virus, even if they have conflicting views about what to believe.

This survey finds the highest overall use of face masks since the pandemic began — with 99% of Democrats and 75% of Republicans now saying they’re wearing a mask sometimes or all of the time when they go out.

1 big finger wag: Most Americans blame someone other than themselves for the crisis.