President Donald Trump commuted a 20-year sentence for a Florida healthcare executive who was convicted for his role in a $1.3 billion Medicare fraud case. It was the largest healthcare fraud scheme ever charged by the U.S. Justice Department.

In April 2019, Philip Esformes, who operated a network of more than 30 skilled nursing homes and assisted living facilities in Florida, was found guilty of 20 charges, including paying and receiving kickbacks, money laundering and bribery, according to the Department of Justice. He was sentenced to 20 years in prison and ordered to pay $44.2 million in forfeiture and restitution. The commutation doesn’t overturn the restitution order.

Mr. Esformes was among several people President Trump granted a full pardon or commutation of all or some of their sentences. In a Dec. 22 news release, the White House said Mr. Esformes is in declining health.

The owners of more than a dozen pharmacies in New York City and Long Island have been arrested and charged for their roles in an alleged $30 million healthcare fraud and money laundering scheme, the Department of Justice announced Dec. 21.

Peter Khaim and Arkadiy Khaimov are accused of submitting fraudulent claims for expensive cancer drugs by exploiting emergency codes and edits in the Medicare system that went into effect due to the COVID-19 pandemic. The drugs were allegedly never provided, ordered or authorized by a medical professional.

Mr. Khaim and Mr. Khaimov allegedly used COVID-19 emergency override billing codes to submit fraudulent claims to Medicare for cancer medication Targretin Gel 1%. The medication has an average wholesale price of about $34,000 for each 60 gram tube, according to the Justice Department.

Between late 2015 and his arrest in February of this year, Dr. deGraft-Johnson, who owned and operated the Heart and Vascular Institute of North Florida in Tallahassee, performed invasive surgical procedures on patients who didn’t need them or altered patients’ medical records to reflect procedures he didn’t perform.

As part of his plea deal, Dr. deGraft-Johnson acknowledged consistently performing two invasive diagnostic angiography procedures on hundreds of patients, whether medically necessary or not. When the patients returned for follow-up office visits, Dr. deGraft-Johnson submitted fraudulent claims to their insurance companies stating he performed atherectomies during the appointments. Using this scheme, the physician admitted he claimed to have performed more than 3,000 of these surgical procedures to clear blockages in arteries in as many as 845 of his patients’ legs.

In court documents released in February, prosecutors provided several examples of Dr. deGraft-Johnson’s fraud. In one case, he claimed to have done 14 procedures during a seven-hour period. Prosecutors said the procedures would have taken roughly 28 hours, according to The New York Times. In another example, he allegedly claimed to have performed 13 atherectomies on patients in Florida when he was traveling abroad.

Dr. deGraft-Johnson submitted false claims to insurers for the surgeries he didn’t perform and for the unnecessary procedures. As of Dec. 18, the investigation revealed he received at least $29 million through the fraud scheme. 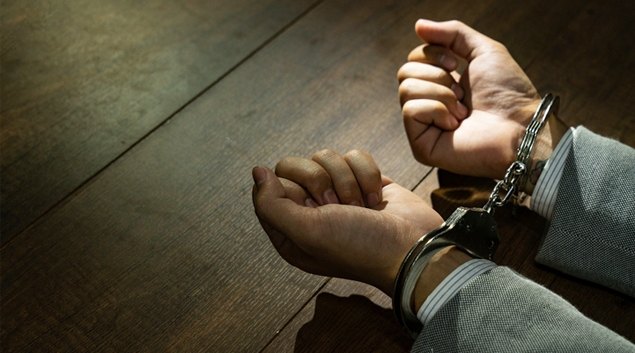 The defendants ordered unnecessary tests that were reimbursed by Medicare, with laboratories sharing the profit, DOJ says.

The U.S. Department of Justice has charged 35 people with unlawfully charging Medicare $2.1 billion in what it said is one of the largest healthcare fraud schemes in history.

The 35 alleged offenders were charged in five separate federal districts, and were linked to dozens of telemedicine firms and laboratories focused on genetic testing for cancer. The people charged, including nine doctors and one other medical professional, cumulatively billed Medicare billions for cancer genetic tests, the DOJ said in a press release.

The charges were a culmination of coordinated law enforcement activities over the past month that were led by the Criminal Division’s Health Care Fraud Unit, resulting in charges against more than 380 individuals who allegedly billed federal healthcare programs for more than $3 billion, and allegedly prescribed and dispensed approximately 50 million controlled substance pills in Houston, across Texas, the West Coast, the Gulf Coast, the Northeast, Florida and Georgia, and the Midwest.

The investigation targeted an alleged scheme involving the payment of illegal kickbacks and bribes by CGx laboratories in exchange for the referral of Medicare beneficiaries by medical professionals working with fraudulent telemedicine companies for expensive, and medically unnecessary, cancer genetic tests.

According to the DOJ, the targets of the scheme were primarily seniors, who were approached at health fairs, at their homes during door-to-door visits, or through telemarketing calls. The “recruiters,” as they were called, would approach seniors about supposedly free cancer screenings or generic cheek swab tests, and the recruiters would then obtain the seniors’ Medicare information for the purposes of fraudulent billing or identify theft.

The recruiter would then get a doctor to sign off on a genetic so a lab would process it, and then pay a kickback in exchange for ordering the test. The lab would process the test and bill Medicare, and once it was reimbursed, would share the proceeds with the recruiter, according to the charges.

Often, the test results were not provided to the beneficiaries, or were worthless to their actual doctors. Some of the defendants allegedly controlled a telemarketing network that lured hundreds of thousands of elderly and/or disabled patients into a criminal scheme that affected victims across the U.S.

The defendants allegedly paid doctors to prescribe CGx testing, either without any patient interaction or with only a brief phone conversation with patients they had never met or seen.

In addition to the DOJ charges, the Centers for Medicare and Medicaid Services, Center for Program Integrity said it took adverse administrative action against cancer genetic testing companies and medical professionals who submitted more than $1.7 billion in claims to the Medicare program.

The DOJ Criminal Division, along with the U.S. Department of Health and Human Services Office of Inspector General and the FBI, spearheaded the investigation.

The DOJ calls the scheme one of the largest it has ever handled.

Since its inception in March 2007, the Medicare Fraud Strike Force, which maintains 15 strike forces operating in 24 districts, has charged nearly 4,000 defendants who have collectively billed the Medicare program for more than $16 billion.

In addition, CMS, working in conjunction with the Health and Human Services Office of the Inspector General, are taking steps to increase accountability and decrease the presence of fraudulent providers.

“Unfortunately, audacious schemes such as those alleged in the indictments are pervasive and exploit the promise of new medical technologies such as genetic testing and telemedicine for financial gain, not patient care,” said Deputy Inspector General for Investigations Gary L. Cantrell of HHS-OIG. “Instead of receiving quality care, Medicare beneficiaries may be victimized in the form of scare tactics, identity theft, and in some cases, left to pay out of pocket.  We will continue working with our law enforcement partners to investigate those who steal from federal healthcare programs and protect the millions of Americans who rely on them.”

“Healthcare fraud and related illegal kickbacks and bribes impact the entire nation,” said Assistant Director Terry Wade of the FBI’s Criminal Investigative Division. “Fraudulently using genetic testing laboratories for unnecessary tests erodes the confidence of patients and costs taxpayers millions of dollars. These investigations revealed some medical professionals placing their greed before the needs of the patients and communities they serve. Today’s law enforcement actions reinforce that the FBI, along with its partners, will continue to pursue and stop this type of illegal activity.” The owner of telemedicine company Video Doctor Network on Friday pleaded guilty for his role in what the Justice Department is calling one of the largest healthcare fraud schemes prosecuted to date in the U.S.

Lester Stockett, 52, a resident of Colombia, agreed to pay $200 million in restitution to the U.S. as part of his plea agreement.

The Justice Department in April brought charges against 24 defendants including Stockett for their role in a $424 million conspiracy to defraud Medicare and receive illegal kickbacks. Stockett’s company allegedly received kickbacks from brace suppliers in exchange for arranging for physicians to order medically unnecessary medical equipment, such as back, knee and shoulder braces.

As part of his guilty plea, Stockett said he and others had solicited and received illegal kickbacks and bribes from patient recruiters, pharmacies and brace suppliers. In exchange, he said he and other Video Doctor Network employees bribed healthcare providers to order medically unnecessary orthotic braces for Medicare beneficiaries.

These Medicare beneficiaries were contacted through an international telemarketing network, which identified hundreds of thousands of elderly and disabled patients.

“This CEO and his co-conspirators lined their own pockets with hundreds of millions of dollars by exploiting telemedicine technology meant to help elderly and disabled patients in need of healthcare,” Assistant Attorney General Brian A. Benczkowski of the Justice Department’s Criminal Division said in a statement.

Brace suppliers, which were co-conspirators in the scheme, submitted more than $424 million in false and fraudulent claims to Medicare for these orders, Stockett said.

Medicare paid brace suppliers more than $200 million for these claims, according to the Justice Department.

Stockett said he and others hid illegal kickbacks and bribes by having them paid indirectly through nominee companies and bank accounts, both in the U.S. and in other countries.

Stockett and other Video Doctor Network executives had also defrauded investors by claiming the company was a legitimate telemedicine enterprise that made $10 million in revenue annually, while revenue was obtained through illegal kickbacks and bribes, according to the plea agreement. 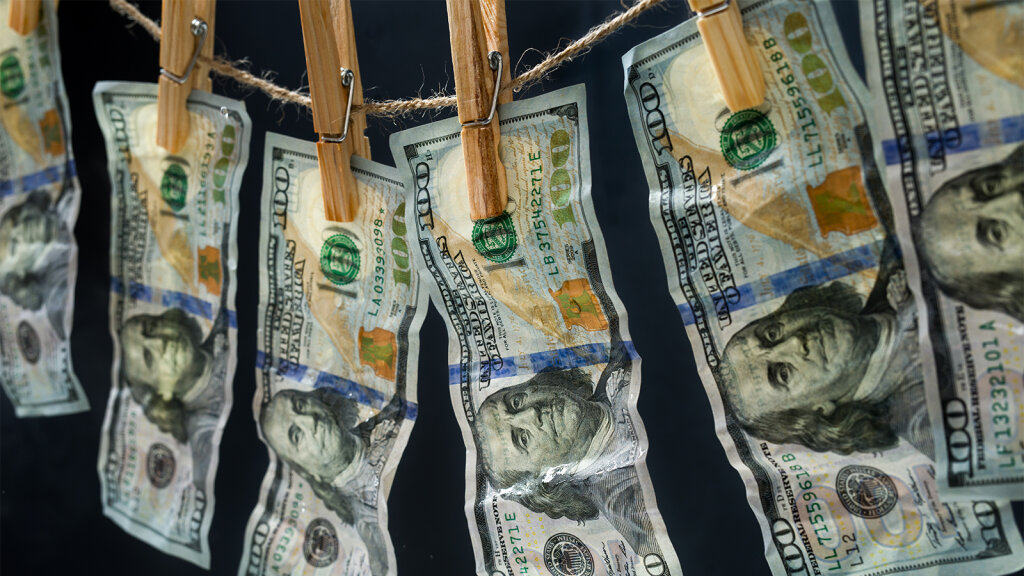