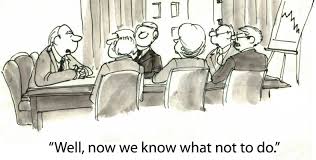 Stephen Forney, MBA, CPA, FACHE, excels in fixing “broken” organizations and he has built a track record of achieving financial turnarounds at seven healthcare facilities, he tells HealthLeaders in a recent interview.

Forney has over three decades of experience as a healthcare executive, with a primary focus on problem-solving. He began his career fixing problems in areas such as information technology and supply chain, an approach and skill he has carried over into financial operations in the C-suite.

“In finance, it wound up being the same thing. Pretty much every organization I’ve gone to has been broken in some way, shape, or form,” Forney says. “I’ve developed a specialty doing turnarounds and this will be my eighth.”

Forney speaks about his new CFO role at the Tewksbury, Massachusetts–based Catholic nonprofit health system Covenant Health, which he joined in mid-September, and how driving revenue and reducing expenses must go hand-in-hand to achieve financial balance.

This transcript has been lightly edited for brevity and clarity.

HealthLeaders: Covenant is coming off its fifth straight year of operating losses. What is contributing to those losses and how do you plan to address those financial challenges?

Forney: The thing is, most turnarounds—to a greater or lesser extent—look a lot alike. With organizations that have [financial] issues, there are obviously always unique aspects to every situation, but virtually every healthcare organization that’s not doing well is because of the same relatively small handful of issues.

[For example,] revenue cycle is probably No. 1. Productivity has not been well attended to; expenses haven’t had a lot of discipline around them in a broad sense. That’s not to say that all decisions are bad, but in a systematic fashion, things haven’t been looked at. Frequently, driving volume and growing the business needs a better focus.

In the case of Covenant … there has been a plan developed to address all those areas and we are addressing them already, even though we will be posting another operating loss in fiscal [year] 2019. But the trajectory is good and some of the things that we’re now looking at are what I would consider to be phase two–type initiatives. How do we accelerate and move them to the next level?

On October 1, we outsourced our revenue cycle. I’m pleased that we were able to get that accomplished. Obviously, it’s early but, at least anecdotally, initial trends look good.

HL: Where do you fall on the dynamic between focusing on expense control measures or revenue generation?

Forney: I always feel like you need to do both. Expense management and working towards expense strategies is easier, quicker, and more straightforward.

[Revenue growth strategies] take time, take effort, and tend to [have] a much higher degree of uncertainty around the volume projection. Those are necessary and they’re things that we need to invest in because, at some point, you can’t cut any more from your organization, you’ve got to grow the top line. To me, it’s sort of like step one is stabilize your revenue cycle and stabilize your expenses. Then while you’re doing that, work on growth that’s going to take place 12 to 18 months down the road.

HL: Are you optimistic about the federal government’s efforts to move the industry toward value-based care?

Forney: Going back about a decade, I thought the ACE program, which was [the federal government’s] bundled payment program, was a solid step in the right direction. It gave organizations a chance to collaborate in compliant fashion with physicians to bend the cost curve and have beneficiaries participate in the bending of the cost curve as well. I was with one of the pilot health systems that [participated], and it was a remarkable success.

Everybody got to win; CMS, patients, physicians, and systems won by creating value. Yes, I think that the government has a good role to play in [value-based care] because they have such a large group of patients that they’re willing to experiment like that. [The federal government] can come up with potentially novel ways to get people to buy into this.

HL: What is it like to be at the helm of a Catholic nonprofit system and how does it affect your leadership style?

Forney: From a philosophical standpoint, the principle of creating shareholder wealth and good stewardship are not significantly different. You’ve got an end goal in mind, which is, you’re taking care of the patients and a community. In one case, whatever excess is left goes to a private equity fund or shareholders. In the other case, [the excess] stays in your balance sheet and gets reinvested in the community.

HL: Given your three decades of healthcare experience, do you have advice for your fellow provider CFOs, especially some of the younger ones?

Forney: Focus on being that strategic right-hand person to the CEO. In my experience, that has been one of the things that marks a successful CFO from one that isn’t as successful.

CEOs are going to get ideas from everywhere. They’re outward and inward facing. They deal with the doctors and the community, and they’re going to get all sorts of great ideas.

The CFO needs to be that person [who is] grounded and says, ‘Well, what about this?’ That doesn’t mean saying no. The whole idea is how do you make it [sound] like a yes. To me, the CFO role just grounds all the discussions, from working with physicians to working with the community.

CFOs over the last couple of decades have been operationally oriented. Now they need to start becoming clinically oriented.

There’s a real benefit in being able to sit down and talk with a physician and understand [what] they’re doing. … It winds up becoming a way to help ground the clinicians in the hospital operations because now you’re having a dialogue with them instead of them just saying, ‘You don’t understand. You’re not a clinician.’ That would be something that I would have a young CFO try to stay focused on, even though it’s dramatically outside the comfort zone for people that typically go into accounting.