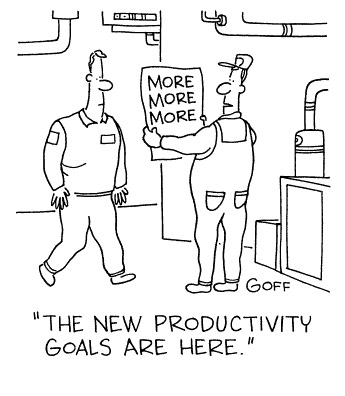 Whatever hours they’re at their best is when Texas Health Resources wants them to work, system says.

When Texas Health Resources hires new staff members to work in its revenue cycle department, it’s now required — for most functions, anyway — that they work virtually from home. Staff who have been there since before the virtual implementation have the choice, but many choose to go the route of the new hires. It’s a nice perk for the employees, but an even nicer one for the system, which has seen productivity increase significantly since taking this approach.

Dallas was the host city that year, and the big game took place in the midst of a rare ice storm. Logsdon came into work with the wind still whipping and noticed immediately that the office was like a ghost town, with few employees in sight. The system lost three to four days of productivity because people simply couldn’t make it into work, and thus a challenge was born: Turn revenue cycle operations 100 percent virtual within a year.

“It started out as a business continuity plan, but progressed into an initiative,” said Logsdon, recalling the event during the Healthcare Financial Management Association‘s annual ANI conference in Orlando. “It was a drive.”

It took longer than a year, and it may never reach 100 percent; some functions have to stay in-house, particularly with the jobs that involve direct patient interaction. But the effects have been noticeable. Employee satisfaction and morale are at an all-time high, and the turnover rate has been reduced substantially. The system used to lose revenue cycle employees to jobs that paid 10 or 15 cents an hour more, but no longer.

The linchpin of the program’s success is quality. It can’t budge an inch, and employees have to be held accountable.

“The metrics have to be award-winning,” said Logsdon. “You’ve got to set the expectation that this is a privilege. It’s something that could potentially be taken away. Basically, the message was, ‘Don’t let me down.'”

So far they haven’t, and part of the reason is the flexibility the virtual job affords them. Workers are allowed to set their own schedules as long as they put in the minimum eight hours. At whatever hours they’re at their best is when THR wants them to work.

Benefits aren’t just limited to reduced turnover and higher productivity, either. The system allows for better use of its real estate. Where there were cubicles packed tightly together like honeycomb bees, there are now classrooms, war rooms and revenue cycle training areas.

All that saves the system money, since it now uses its existing space for such purposes rather than expanding its footprint. New revenue cycle personnel are expected to work at least 90 days in the office while they undergo their training and education, but after that, they’re released to their virtual offices.

That’s not to say there aren’t challenges. Logsdon said that in some instances employees feel a sense of entitlement, resisting requests to return to the office when the need arises. There are also distractions that differ from the usual office distractions — children, neighbors, friends and family can sometimes intercede. To address this, THR conducts unannounced site visits to make sure everything’s copacetic.

The arrangement has created some new challenges for management, as they now have to ensure employees are using the right equipment and protocols and have an appropriately speedy internet connection. Few issues have arisen.

“Productivity is a topic that always comes up,” said Logsdon. “The requirement for employees, in writing, is to increase productivity by 5 percent. They have no problem hitting it. It’s amazing what you can pull out of people when they’re motivated by the right reasons.”

Ethical Leadership is a “Fear-Free” Zone

Fear is insidious. It changes how we see the world and how we treat others. Here are 5 important reasons why fear has no place in our workplaces, our families or our communities:

5 Reasons Fear Has No Place in Leadership

The world is undergoing radical transformation via technological innovation. Healthcare is not immune to this trend and has lately unleashed its own wonders from CRISPR to 3D-printed prosthesis to sensor-enabled pills. We can truly transform lives in ways unimaginable even just 10 years ago.

In other ways, however, healthcare lags.

In transportation, Google’s first “driverless” Street View cars were on the road a scant few years after the DARPA Grand Challenges of the mid-2000s that paved the way for them, and Uber become a verb in the same amount of time it takes to implement a current EHR system. Furthermore, Amazon’s chatty Alexa now interacts with you in your home, having arrived just a short time after Siri became the personal assistant in your pocket.

Healthcare innovation has been incapable of gaining similar traction even with profound technological advances.

There is an unmentionable dark side of healthcare innovation.

Advances in productivity via utilization of new tools and technologies has been anemic. Healthcare is struggling to keep pace with other industries. In fact, in a recent McKinsey study, healthcare is one of only two industries (construction is the other) that has shown a productivity decline. Read that again: Despite IT spending growth increasing by over 5 percent per year over the last 10 years, we’ve actually seen the healthcare labor pool and service environment become less efficient!

Healthcare reform has had a dramatic impact on hospital reimbursement. While millions of Americans are now insured under the Affordable Care Act, high-deductible health plans can leave patients cash-strapped after expensive episodes of care. Sometimes, patients can’t pay for the services they receive, pushing up bad debt at hospitals. At the same time, hospitals are dealing with lower reimbursements and a shift from inpatient to outpatient care, leaving some with property and beds that are no longer financially productive.

According to Patrick Pilch, head of BDO Consulting’s healthcare advisory practice, many hospitals and health systems don’t have a complete handle on what their costs of care are and they’re losing money as a result. “Understanding your costs of care as well as your cost of capital is imperative,” he tells Healthcare Dive. “Then align that to a future strategy. That’s where you’re going to pull your way out of debt.”

Hospitals should look at their assets, business plan, market and supply chain and then see how those align with their capital strategy, Pilch says. With interest rates expected to rise, non-investment grade hospitals will have a harder time getting capital. “If you have a lot of capital that’s not performing well, you’re in a bit of a state right now,” he adds.

Here are nine ways hospitals can work on debt: