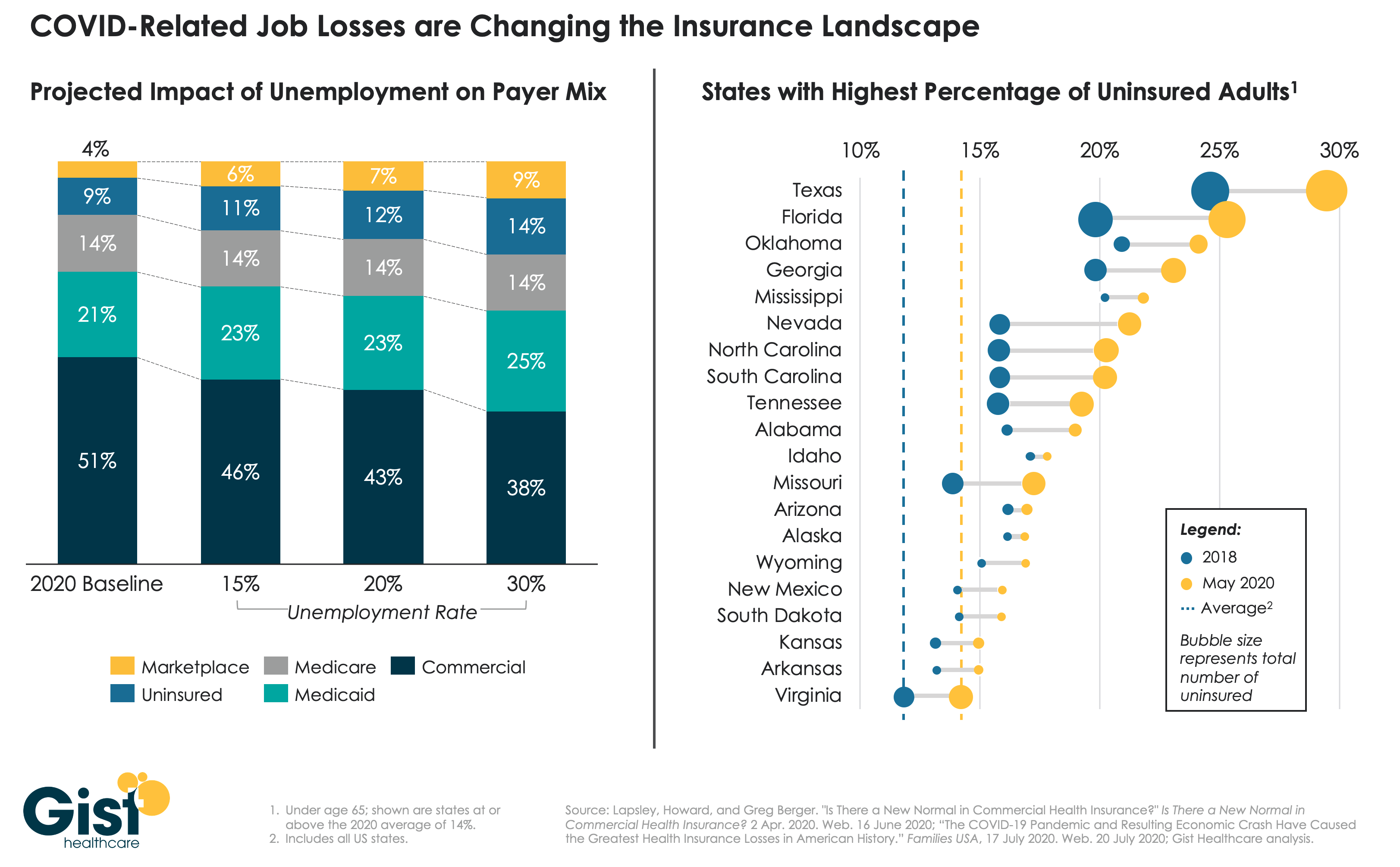 One in every five workers is now collecting unemployment benefits as the country struggles to get the COVID-19 outbreak under control. A recent Families USA study estimates a quarter of the 21.9M workers that were furloughed or laid off between February and May lost their health insurance. And the payer mix will continue to change as the pandemic wears on.

The graphic below highlights a study from consultancy Oliver Wyman, looking at the impact of rising unemployment (at 15, 20 and 30 percent) on insurance coverage. With each five to ten percent rise in unemployment, the commercially insured population decreases by three to five percent. Those who lose employer-sponsored insurance either remain uninsured, buy coverage on the Obamacare marketplaces, or qualify for Medicaid.

Surprisingly, Washington State and California are reporting little to no enrollment growth in Medicaid programs thus far. Experts point to lack of outreach and consumer awareness as key contributors to the slow growth—but Medicaid enrollment will likely begin to rise quickly in coming months as temporary furloughs convert to more permanent layoffs.

The right side of the graphic spotlights the growing number of uninsured individuals in those states with the highest uninsured rates. The previous record for the largest increase in uninsured adults was between 2008 and 2009, when nearly 4M lost coverage. The current pandemic-driven increase has crushed that record by 39 percent.

On average, states are seeing uninsured populations increase by two percent, with some as high as five percent. And the two states with the highest uninsured rates, Florida and Texas, are also dealing with the largest surge in COVID-19 cases and deaths. The ranks of the uninsured will continue to climb as states reimpose shutdowns, government assistance ends, and layoffs grow.