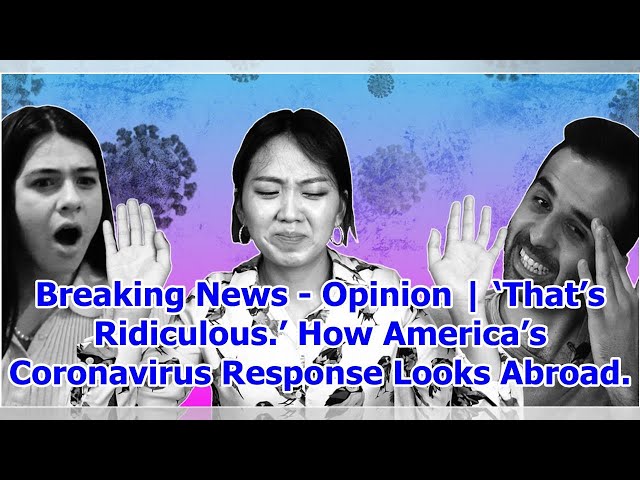 From lockdowns to testing, we showed people around the world the facts and figures on how the U.S. has handled the pandemic.

The United States leads the world in Covid-19 deaths, nearing 150,000 lost lives. The unemployment figures brought on by the pandemic are mind-boggling. The Trump administration’s slow and haphazard response has been widely criticized. But what does it look like to young people around the world, whose governments moved quickly and aggressively to contain the coronavirus?

We wanted to know, so we reached out to quite a few and showed them charts, facts, photos and videos illustrating the U.S. response. Spoiler: They were not impressed.

Many advanced economies, from Germany to Singapore, directly supplemented salaries to save jobs. Other nations with fewer resources started mass testing at the first sign of an outbreak. Many countries mandated universal lockdowns — and successfully flattened the curve. In some parts of Europe, you could be fined for straying too far from your home. And Vietnam, a nation of 95 million people, has not seen a single Covid-19 death.

This Opinion video is a follow-up to a popular video we produced last year, which asked young Europeans to respond to American policies such as health care and parental leave. Many comments suggested we produce a sequel. Well, here it is — the Covid-19 edition.