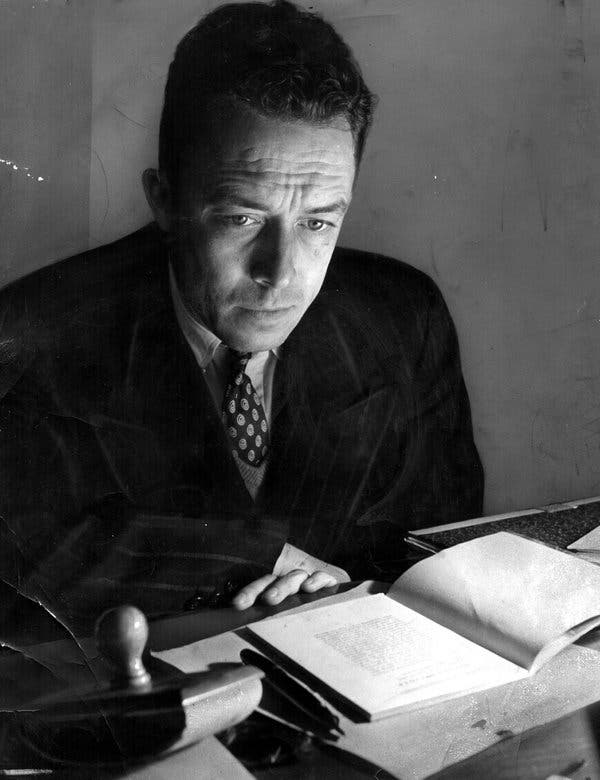 The author’s masterpiece, The Plague, will make you think, ask all sorts of Socratic questions of yourself and form resolutions about how you intend to measure your life after getting through this global catastrophe.

It’s amazing how many pandemic books there are, and how thoroughly the idea of a global pandemic had crept into our popular culture well before the current situation. My daughter and I watched the Tom Hanks movie Inferno over the weekend, mostly because we wanted to gaze at the city of Florence. It’s not a great movie, but it is visually stunning in several ways. The plot is not something I gave much attention to when I first saw the film a couple of years ago: a rich Ted-talking eccentric decides to kill off most of the people of the world to save the Earth from over-population and the ravages 16 billion people would mean for other species and the health of the biosphere.

When I first saw the film in 2016, I regarded the plotline (will the vial of lethal germs be released or not?) as nothing but the usual “James Bond” setup for whatever else happened in the film. This time I watched it with greater alertness.

The fact is, of course, that COVID-19 is a serious global nuisance that has disrupted the lives of all Americans in a way that almost nobody could have predicted (well, there is Bill Gates, of course), but it is not the Black Plague, which swept away somewhere between one-fourth and one-half of all Europeans between 1348-1352, or the Yellow Fever epidemic in Philadelphia, which killed one in 10 inhabitants of America’s largest city in 1793, or the Spanish Flu, which killed somewhere between 57 and 100 million people worldwide in 1918.

If the coronavirus eventually kills 5 million people worldwide, and a couple of hundred thousand Americans before the vaccines gallop in to save the day a year or 18 months hence, it will have been a comparatively minor event in the history of global pandemics. The moment when it appeared that the hospital and medical infrastructure of New York might collapse has now passed. And though the death toll continues to climb towards perhaps 150,000 American dead by Aug. 1, 2020, the national dread that created a sustained will-we-survive and how-will-we-cope conversation in virtually every household in the United States is mostly over. The question now is when and how (and if) the country can return to what the late John McCain called regular order.

In the past two months I have read more than a dozen pandemic books, from Daniel Defoe’s A Journal of the Plague Year (1721), to Stephen King’s endless The Stand (1978). They are all interesting. If you outline the takeaway insights from these books, written over the span of many hundreds of years, they all make essentially the same points: